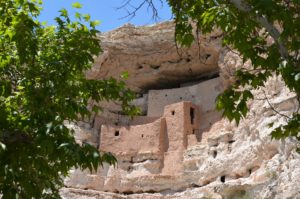 In the 1920s, Benjamin Whorf was a graduate student studying with linguist Edward Sapir at Yale University in New Haven, Connecticut. Sapir, considered the father of American linguistic anthropology, was responsible for documenting and recording the languages and cultures of many Native American tribes, which were disappearing at an alarming rate. This was due primarily to the deliberate efforts of the United States government to force Native Americans to assimilate into the Euro-American culture.

Sapir and his predecessors were well aware of the close relationship between culture and language because each culture is reflected in and influences its language. Anthropologists need to learn the language of the culture they are studying in order to understand the world view of its speakers. Whorf believed that the reverse is also true, that a language affects culture as well, by actually influencing how its speakers think. His hypothesis proposes that the words and the structures of a language influence how its speakers think about the world, how they behave, and ultimately the culture itself. Simply stated, Whorf believed that human beings see the world the way they do because the specific languages they speak influence them to do so. He developed this idea through both his work with Sapir and his work as a chemical engineer for the Hartford Insurance Company investigating the causes of fires. 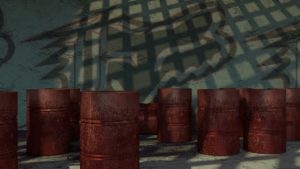 One of his cases while working for the insurance company was a fire at a business where there were a number of gasoline drums. Those that contained gasoline were surrounded by signs warning employees to be cautious around them and to avoid smoking near them. The workers were always careful around those drums. On the other hand, empty gasoline drums were stored in another area, but employees were more careless there. Someone tossed a cigarette or lighted match into one of the “empty” drums, it went up in flames, and started a fire that burned the business to the ground. Whorf theorized that the meaning of the word empty implied to the worker that “nothing” was there to be cautious about so the worker behaved accordingly. Unfortunately, an “empty” gasoline drum may still contain fumes, which are more flammable than the liquid itself.

Whorf’s studies at Yale involved working with Native American languages, including Hopi. The Hopi language is quite different from English, in many ways. For example, let’s look at how the Hopi language deals with time. Western languages (and cultures) view time as a flowing river in which we are being carried continuously away from a past, through the present, and into a future. Our verb systems reflect that concept with specific tenses for past, present, and future. We think of this concept of time as universal, that all humans see it the same way. A Hopi speaker has very different ideas and the structure of their language both reflects and shapes the way they think about time. The Hopi language has no present, past, or future tense. Instead, it divides the world into what Whorf called the manifested and unmanifest domains. The manifested domain deals with the physical universe, including the present, the immediate past and future; the verb system uses the same basic structure for all of them. The unmanifest domain involves the remote past and the future, as well as the world of desires, thought, and life forces. The set of verb forms dealing with this domain are consistent for all of these areas, and are different from the manifested ones. Also, there are no words for hours, minutes, or days of the week. 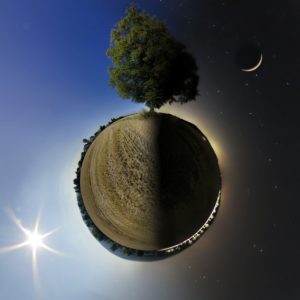 Native Hopi speakers often had great difficulty adapting to life in the English speaking world when it came to being “on time” for work or other events. It is simply not how they had been conditioned to behave with respect to time in their Hopi world, which followed the phases of the moon and the movements of the sun. In a book about the Abenaki who lived in Vermont in the mid-1800s, Trudy Ann Parker described their concept of time, which very much resembled that of the Hopi and many of the other Native American tribes. “They called one full day a sleep, and a year was called a winter. Each month was referred to as a moon and always began with a new moon. An Indian day wasn’t divided into minutes or hours. It had four time periods—sunrise, noon, sunset, and midnight. Each season was determined by the budding or leafing of plants, the spawning of fish or the rutting time for animals. Most Indians thought the white race had been running around like scared rabbits ever since the invention of the clock.”[1]

The lexicon, or vocabulary, of a language is an inventory of the items a culture talks about and has categorized in order to make sense of the world and deal with it effectively. For example, modern life is dictated for many by the need to travel by some kind of vehicle—cars, trucks, SUVs, trains, buses, etc. We therefore have thousands of words to talk about them, including types of vehicles, models, brands, or parts. 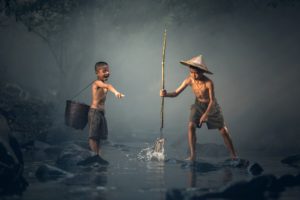 The most important aspects of each culture are similarly reflected in the lexicon of its language. Among the societies living in the islands of Oceania in the Pacific, fish have great economic and cultural importance. This is reflected in the rich vocabulary that describes all aspects of the fish and the environments that islanders depend on for survival. For example, in Palau there are about 1,000 fish species and Palauan fishermen knew, long before biologists existed, details about the anatomy, behavior, growth patterns and habitat of most of them—in many cases far more than modern biologists know even today. Much of fish behavior is related to the tides and the phases of the moon. Throughout Oceania, the names given to certain days of the lunar months reflect the likelihood of successful fishing. For example, in the Caroline Islands, the name for the night before the new moon is otolol, which means “to swarm.” The name indicates that the best fishing days cluster around the new moon. In Hawai`i and Tahiti two sets of days have names containing the particle `ole or `ore; one occurs in the first quarter of the moon and the other in the third quarter. The same name is given to the prevailing wind during those phases. The words mean “nothing,” because those days were considered bad for fishing as well as planting.

Parts of Whorf’s hypothesis, known as linguistic relativity were controversial from the beginning, and still are among some linguists. Yet Whorf’s ideas now form the basis for an entire sub-field of cultural anthropology: cognitive or psychological anthropology. A number of studies have been done that support Whorf’s ideas. Linguist George Lakoff’s work looks at the pervasive existence of metaphors in everyday speech that can be said to predispose a speaker’s world view and attitudes on a variety of human experiences.[2] 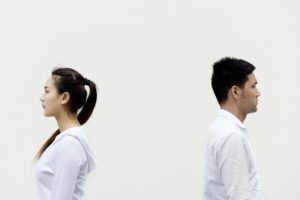 A metaphor is an expression in which one kind of thing is understood and experienced in terms of another entirely unrelated thing; the metaphors in a language can reveal aspects of the culture of its speakers. Take, for example, the concept of an argument. In logic and philosophy, an argument is a discussion involving differing points of view, or a debate. But the conceptual metaphor in American culture can be stated as ARGUMENT IS WAR. This metaphor is reflected in many expressions of the everyday language of American speakers: I won the argument. He shot down every point I made. They attacked every argument we made. Your point is right on target. I had a fight with my boyfriend last night. In other words, we use words appropriate for discussing war when we talk about arguments, which are certainly not real war. But we actually think of arguments as a verbal battle that often involve anger, and even violence, which then structures how we argue. 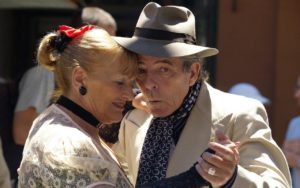 To illustrate that this concept of argument is not universal, Lakoff suggests imagining a culture where an argument is not something to be won or lost, with no strategies for attacking or defending, but rather as a dance where the dancers’ goal is to perform in an artful, pleasing way. No anger or violence would occur or even be relevant to speakers of this language, because the metaphor for that culture would be ARGUMENT IS DANCE.

[2] George Lakoff and Mark Johnson, Metaphors We Live By (Chicago and London: The University of Chicago Press, 1980), 4-5.