[1] What does it mean to be both ethical and socially responsible as an entrepreneur? When Martin Shkreli decided to increase the price overnight of a lifesaving HIV drug from $13.50 to $750 per pill, the public immediately characterized his actions as unethical. However, he viewed his position as responsible behavior that served the best interests of his company and his shareholders. Although Shkreli’s decision to raise prices was within legal limits, his actions were critically judged in the court of public opinion.

[2] As an entrepreneur, should Shkreli’s concerns be with ensuring the sustainability of his business or with providing patients with a more affordable (less profitable) lifesaving drug? This fundamental question raises a number of related questions about the ethics of the situation. Was the decision to raise the price of the HIV drug by 5,000 percent in the best interest of the business? Was Shkreli aware of all aspects (ethical, legal, financial, reputational, and political) of the decision he made? To critically examine the decisions of an individual such as Shkreli, one needs an enhanced awareness of the multitude of stakeholders to be considered, as opposed to only shareholders. 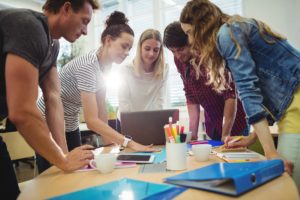 [3] A comprehensive view of business and entrepreneurial ethics requires an understanding of the difference between shareholders, a small group who are the owners (or stockholders), and stakeholders, a large group that includes all those people and organizations with a vested interest in the business. Serving the needs of the shareholders, as perhaps Shkreli thought he was doing, is based on a limited view of organizational purpose. This view, known as the “shareholder primacy” doctrine, stems from a famous Michigan Supreme Court case involving the Ford Motor Company and two shareholders named the Dodge brothers (who would go on to form the Dodge Motor Company).[1] This case established a precedent that lasted for decades, built on the premise that the only thing that should matter to a CEO and their company is shareholder profits. However, this concept has gradually been replaced by a more progressive viewpoint, mandating the consideration of all stakeholders when making key business decisions that have potentially far-reaching consequences. As an example of this new awareness, the Business Roundtable, a group of CEOs from the biggest and most successful companies in the US, recently released a new statement addressing business ethics. The Business Roundtable CEOs stated that “While each of our individual companies serves its own corporate purpose, we share a fundamental commitment to all of our stakeholders.  We commit to:

Being an Ethical Entrepreneur 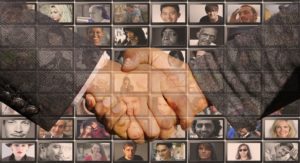 [4] Whenever you think about the behavior you expect of yourself, in both your professional and personal life, you are engaging in a philosophical dialogue with yourself to establish the standards of behavior you choose to uphold—that is, your ethics. You may decide you should always tell the truth to family, friends, customers, clients, and stakeholders, and if that is not possible, you should have very good reasons why you cannot. You may also choose never to defraud or mislead your business partners. You may decide, as well, that while you are pursuing profit in your business, you will not require that all the money earned comes your way. Instead, there might be sufficient profits to distribute a portion of them to other stakeholders in addition to yourself—for example, those who are important because they have helped you or are affected one way or another by your business. This group of stakeholders might include employees (profit sharing), shareholders (dividends), the local community (time), and social causes or charities (donations).

[5] Being successful as an entrepreneur may therefore consist of much more than simply making money and growing a venture. Success may also mean treating employees, customers, and the community at large with honesty and respect. Success may come from the sense of pride felt when engaging in honest transactions—not just because the law demands it, but because we demand it of ourselves. Success may lie in knowing the profit we make does not come from shortchanging others. Thus, business ethics guides the conduct by which entrepreneurs and their companies abide by the law and respect the rights of their stakeholders, particularly their customers, clients, employees, and the surrounding community and environment.

[6] Nearly all systems of moral, ethical, spiritual, and/or religious beliefs stress the building blocks of engaging others with respect, empathy, and honesty. These foundational beliefs, in turn, prepare us for the codes of ethical behavior that serve as ideal guides for business. Still, we need not subscribe to any particular faith to hold that ethical behavior in business is necessary. Just by virtue of being human, we all share obligations to one another, and principal among these is the requirement that we consistently treat others with fairness and dignity, including in our commercial transactions.

[7] Such values often serve as the foundation for the creation of ethical codes, or codes of conduct. A code of ethics acts to guide conduct and may be derived from a variety of sources. It could be a personal, internal code of conduct, or an official code adopted by a business organization. Or it could be an external code based on one’s profession (e.g., CPAs, attorneys, CFPs, and others have professional codes of ethics), or a more broadly applicable external code such as that of the Business Roundtable. Integrity in business – consistently adhering to a code of ethics – brings many advantages, not the least of which is that it is a critical factor in allowing businesses and society to function properly. It is also a fundamental basis for developing and maintaining trust, which is vital to all contractual and informal commitments between businesses and all their key stakeholders. 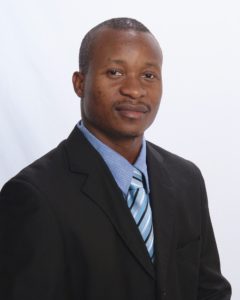 [8] Research on the performance of the World’s Most Ethical Companies (WMEC) indicates a positive association between ethical conduct and successful long-term financial performance. These businesses often outperform their market expectations, both in periods of market growth and decline. The WMEC list of companies shows an average annual excess return of more than 8 percent higher than expected profitability. This may be due to a variety of reasons, including what researchers term a positive effect on business culture, stakeholders, and reputation.[3] In other words, being ethical beneficially influences employees, investors, and customers.

[9] Many people confuse ethical and legal compliance. However, these concepts are not interchangeable and call for different standards of behavior. The law is needed to establish and maintain a functioning society. Without it, our society would be in chaos. Compliance with legal standards is mandatory. If we violate these standards, we are subject to punishment as established by the law. Behaving ethically requires that we meet the mandatory standards of the law, but also go above and beyond that basic mandatory requirement to consider their stakeholders and do what is right.

[10] To return to the case of Martin Shkreli, let’s examine it through some foundational theoretical lenses, based on ethical theories. Normative theories of ethics are primarily concerned with establishing standards or criteria that delineate what is considered ethical behavior. Common examples of normative ethical theories are utilitarianism, duty-based ethics (also known as Kantian ethics and/or deontology), and virtue ethics. These ethical theories, discussed in the following paragraph, provide a systematic means of examining and evaluating business conduct.

[11] From an ethical theory perspective, Kantian or duty-based ethics emphasizes the underlying intent or reason behind a decision and whether that decision is good or bad. For example, if the decision to raise the price of a lifesaving drug by 5,000 percent is moral and if it is intended to add value, then an individual is obligated to raise the price. Utilitarian ethics focuses on the usefulness or utility of the decision. If the decision to raise the price adds value and usefulness for shareholders, then that decision should be made. The Protestant work ethic looks at the decision from the viewpoint of capitalism, free markets, and a sense of duty to ensure maximum return on investment. If the decision deals with a change that is financially sound and beneficial, if there are an adequate number of customers that need and value the HIV product and are willing to pay that price, then that decision should be made. Proponents of virtue ethics claim that ethics consists of a series of innate but latent virtues that an individual needs to develop over time. These virtues consist of trust and derivatives of trust such as truthfulness. In this perspective, if the price hike is fair and equitable, if it is responsible to behave in this way, and if it does not cause harm to the society, then the price should be raised.

[12] While it remains with the courts to determine the underlying intent, legal implications, and consequences of Shkreli’s decision, evidence from this and other case studies shows that some corporate leaders have not developed ethical capabilities, or they have not internalized a moral compass that enables them to differentiate between right and wrong. 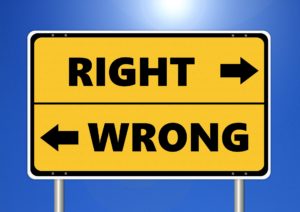 [13] To develop and internalize a moral compass, an entrepreneur and the members of the organization need to continually exercise and develop their ethical “muscles.” These ethics-based muscles include qualities such as trust, truthfulness, respect, responsibility, commitment, care, love, and justice. However, as you will learn, an entrepreneur needs to first provide the organizational framework and foundation in which individuals and business units regularly exercise these qualities. This framework and foundation include that everyone receive the right training, be given the opportunity to identify and close gaps in their behavior, receive recognition and incentives that reinforce good ethical behavior, and receive consistent, timely, and substantial consequences when they fail to act responsibly. These and other actions begin to help individuals develop and internalize an ethical compass.

[2] “Business Roundtable Redefines the Purpose of a Corporation to Promote ‘An Economy That Serves All Americans.’” Business Roundtable. August 19, 2019. https://www.businessroundtable.org/business-roundtable-redefines-the-purpose-of-a-corporation-to-promote-an-economy-that-serves-all-americans

[3] Nelson Areal and Ana Carvalho. “The World’s Most Ethical Companies: Does the Fame Translate into Gain?” Presented to the European Financial Management Association (EMFA). n.d. https://efmaefm.org/0efmameetings/efma%20annual%20meetings/2012-Barcelona/papers/EFMA2012_0401_fullpaper.pdf