If power were a prescription drug, it would come with a long list of known side effects. It can intoxicate. It can corrupt. It can even make Henry Kissinger believe that he’s sexually magnetic. But can it cause brain damage? 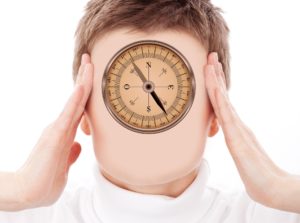 When various lawmakers lit into John Stumpf at a congressional hearing last fall, each seemed to find a fresh way to flay the now-former CEO of Wells Fargo for failing to stop some 5,000 employees from setting up phony accounts for customers. But it was Stumpf’s performance that stood out. Here was a man who had risen to the top of the world’s most valuable bank, yet he seemed utterly unable to read a room. Although he apologized, he didn’t appear chastened or remorseful. Nor did he seem defiant or smug or even insincere. He looked disoriented, like a jet-lagged space traveler just arrived from Planet Stumpf, where deference to him is a natural law and 5,000 a commendably small number. Even the most direct barbs—“You have got to be kidding me” (Sean Duffy of Wisconsin); “I can’t believe some of what I’m hearing here” (Gregory Meeks of New York)—failed to shake him awake. 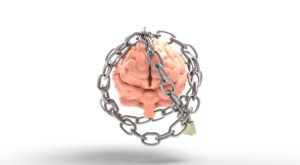 The historian Henry Adams was being metaphorical, not medical, when he described power as “a sort of tumor that ends by killing the victim’s sympathies.” But that’s not far from where Dacher Keltner, a psychology professor at U.C. Berkeley, ended up after years of lab and field experiments. Subjects under the influence of power, he found in studies spanning two decades, acted as if they had suffered a traumatic brain injury—becoming more impulsive, less risk-aware, and, crucially, less adept at seeing things from other people’s point of view.

Sukhvinder Obhi, a neuroscientist at McMaster University, in Ontario, recently described something similar. Unlike Keltner, who studies behaviors, Obhi studies brains. And when he put the heads of the powerful and the not-so-powerful under a transcranial-magnetic-stimulation machine, he found that power, in fact, impairs a specific neural process, “mirroring,” that may be a cornerstone of empathy. Which gives a neurological basis to what Keltner has termed the “power paradox”: Once we have power, we lose some of the capacities we needed to gain it in the first place.

That loss in capacity has been demonstrated in various creative ways. A 2006 study asked participants to draw the letter E on their forehead for others to view—a task that requires seeing yourself from an observer’s vantage point. Those feeling powerful were three times more likely to draw the E the right way to themselves—and backwards to everyone else (which calls to mind George W. Bush, who memorably held up the American flag backwards at the 2008 Olympics). Other experiments have shown that powerful people do worse at identifying what someone in a picture is feeling, or guessing how a colleague might interpret a remark.

The fact that people tend to mimic the expressions and body language of their superiors can aggravate this problem: Subordinates provide few reliable cues to the powerful. But more important, Keltner says, is the fact that the powerful stop mimicking others. Laughing when others laugh or tensing when others tense does more than ingratiate. It helps trigger the same feelings those others are experiencing and provides a window into where they are coming from. Powerful people “stop simulating the experience of others,” Keltner says, which leads to what he calls an “empathy deficit.” 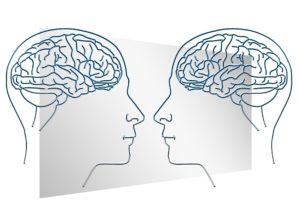 Mirroring is a subtler kind of mimicry that goes on entirely within our heads, and without our awareness. When we watch someone perform an action, the part of the brain we would use to do that same thing lights up in sympathetic response. It might be best understood as vicarious experience. It’s what Obhi and his team were trying to activate when they had their subjects watch a video of someone’s hand squeezing a rubber ball.

For non-powerful participants, mirroring worked fine: The neural pathways they would use to squeeze the ball themselves fired strongly. But the powerful group’s? Less so.

Was the mirroring response broken? More like anesthetized. None of the participants possessed permanent power. They were college students who had been “primed” to feel potent by recounting an experience in which they had been in charge. The anesthetic would presumably wear off when the feeling did—their brains weren’t structurally damaged after an afternoon in the lab. But if the effect had been long-lasting—say, by dint of having Wall Street analysts whispering their greatness quarter after quarter, board members offering them extra helpings of pay, and Forbes praising them for “doing well while doing good”—they may have what in medicine is known as “functional” changes to the brain.

This article was originally published on the website TheAtlantic.com and is republished here with The Atlantic’s permission.