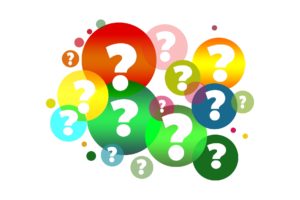 As you hone your path of inquiry, you may need to zoom in or out in terms of scope. Often, a narrower scope is easier to work with than a broader scope. You will be able to write more and write better if your question calls for more complex thinking. 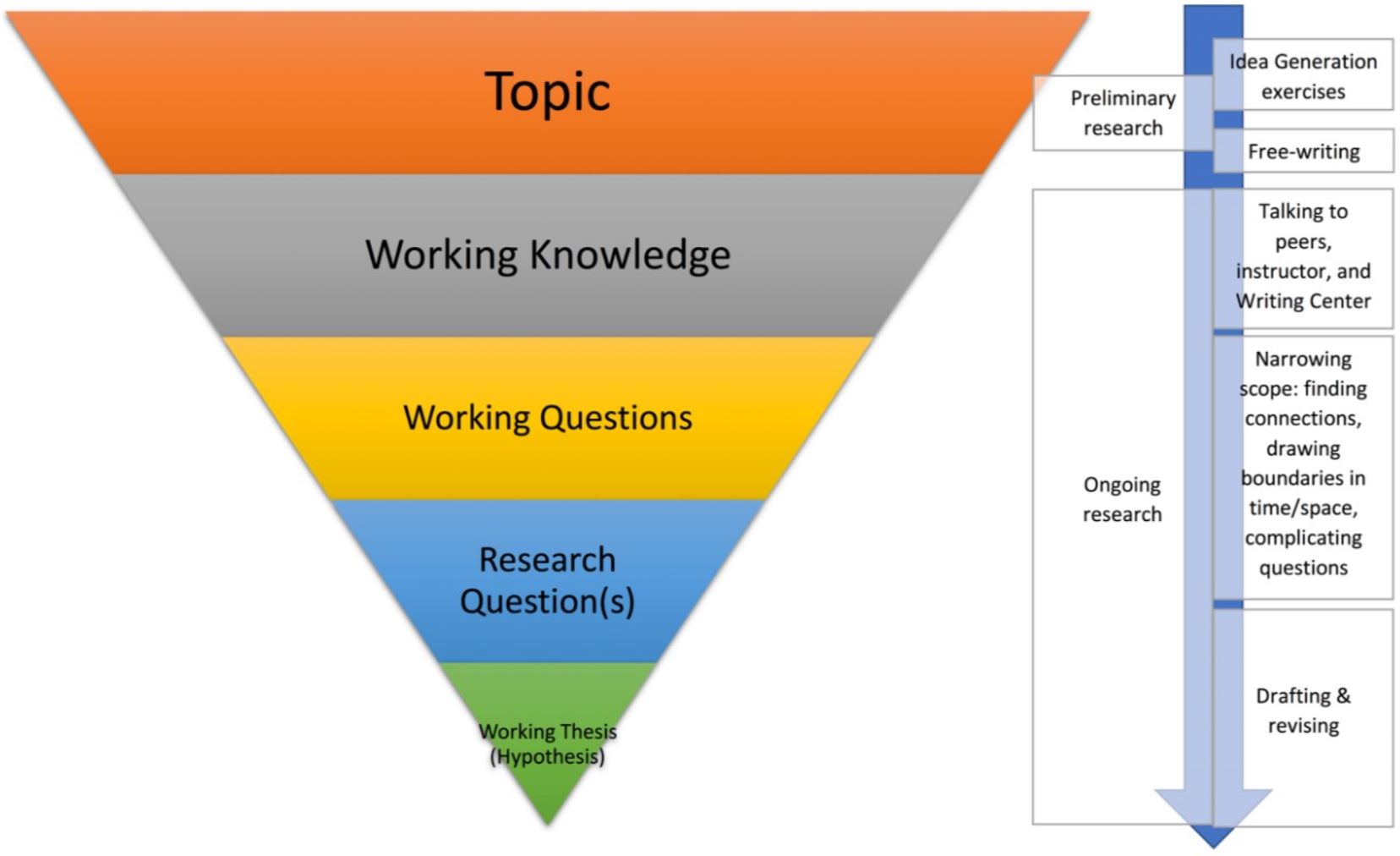 Consider the diagram above.  As you build a working knowledge of your topic (e.g., as you get a feel for the conversation that began before you arrived at the party), you might complicate or narrow your working questions. Remember to be flexible as you research; you might need to pivot, adjust, re-focus, or replace your research question as you learn more. Consider this imaginary case study as an example of this process:

Jacob began his project by identifying the following areas of interest: racism in the U.S., technology in medicine and health care, and independent film-making. After doing some prewriting and preliminary research on each, he decided he wanted to learn more about racially motivated police violence. He developed working questions:

He realized that he needed to narrow his focus to develop a more viable path of inquiry, eventually ending up with the research question:

However, after completing more research, Jacob discovered that his answers came quite readily and consistently: young black men are significantly more vulnerable to become victims of police violence. He realized that he’s not really saying anything new, so he had to tweak his path of inquiry.

Jacob did more freewriting and research to find sources that disagreed with this conclusion or added new layers to his answers. He discovered eventually that there are a handful of police organizations that have made genuine efforts to confront racism in their practices. These groups were working actively against racial violence. He reoriented his research question as follows:

Learn more about focusing a research question from the following videos.

1. Which of the following is the better research question?

2. Decide whether or not the following working thesis statements are good or bad:

b. Bad. Even if it is true, it is too local and narrow to be supported with national or scholarly research. Sources would probably be limited to local newspaper articles and personal interviews. Can you make those sources “stretch” across a 10 page research paper? Not likely.

c. Bad, because the statement is largely an unfocused opinion. What exactly is “horrible”? How does Miley Cyrus fall into that category? Do you think there are many books or research articles that could support this topic? Probably not.