The claim defines what the author wants you to do, think, or believe by the time you finish reading his or her work. Your claim is your thesis assertion, or angle. In logical argument, your argument is only as valuable as its claim, which needs to be detailed, reasonable, and supportable with valid evidence.

If your claim is not reasonable by virtue of being too broad, obvious, or irrelevant to anything readers care about, few will want to read the argument supporting it. For example, if you started to read a piece that claimed that all schoolhildren under the age of eight should have a short break time during the school day, readers may wonder why you bothered to argue for it. Or, if your claim is not supportable and cannot be settled by appealing to evidence, some readers may be interested in that opinion, but few will have reason to engage the argument.  For example, if a piece asserts that a UFOs really did land in New Mexico and Nevada, you might read for amusement but not for serious engagement with the argument. 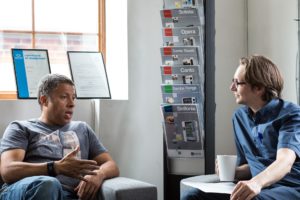 Claims in your thesis sentences need to be effective in order for your readers to read. Effective claims have three qualities:

A significant claim answers a question that readers care about; it leads readers to think not, That’s obvious or I already knew that, but Oh, you’ll have to prove that, and it raises the kinds of issues that can be settled by factual evidence.  Here’s one example of a strong, significant claim: Studies have shown that excessive digital use in very young children can affect social and language development.  Since it is irresponsible to deny digital access to children, given the 21st century reality of a technical society, “very young” and “excessive” need to be defined more specifically, underwritten by federal government funding just as the government has done for nutritional and other health guidelines.