Claims usually fall into one of three types:

Inappropriate claim of fact – a statistic or fact that is not debatable:

“the month of March 2017 was 1.03°C (1.9°F) above the 20th century average—this marked the first time the monthly temperature departure from average surpassed 1.0°C (1.8°F) in the absence of an El Niño episode in the tropical Pacific Ocean.” (from the U.S. Department of Commerce’s National Oceanic and Atmospheric Adminstration, NOAA, https://www.ncdc.noaa.gov/sotc/global/201713 ) 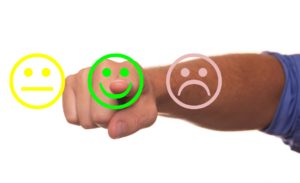 A claim of value argues that something is good or bad, or that one thing is better than another thing.

It’s better to apply good nutritional choices at home than teach them at school, because good nutrition then becomes ingrained in the child’s experience.

Although immunotherapy has produced some good results in fighting cancer, overall it is less effective than chemotherapy. 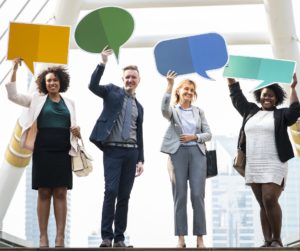 A claim of policy argues that certain conditions should exist, or that something should or should not be done, in order to solve a problem.

Just as smoking ads have been banned in order to decrease the urge to engage in an unhealthy behavior, soda ads should be banned for the same reason.

No matter the type of claim, you will usually combine many types of support for that claim in order to write a logical argument, including facts, case studies, reasons, personal interviews, and more, as appropriate.

To strengthen your understanding of types of claims, take this nine question self-test. See if you can identify which type of claim the statement is making, then check the answer.