Most of the time, you will summarize or paraphrase source material instead of quoting directly. Summarizing and paraphrasing show that you understand your research well enough to write about it confidently in your own words. However, direct quotes can be powerful when used sparingly and with purpose. Direct quotes mean that you use your source’s wording, sentence structure, and punctuation exactly.

As Shakespeare wrote in As You Like It, “The fool doth think he is wise, but the wise man knows himself to be a fool” (Shakespeare). 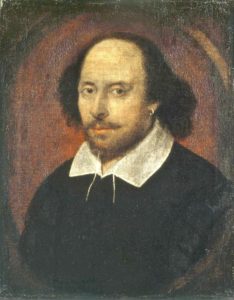 Shakespeare, William. “As You Like It.” Shakespeare Online, www.shakespeare-online.com/plays/asu_5_1.html.

Quoting directly can sometimes help you make a significant point. If an author’s words are especially vivid, memorable, or well phrased, quoting them may help you hold your reader’s interest. Less experienced writers sometimes overuse direct quotations in a paper because it seems easier than paraphrasing. At best, this reduces the effectiveness of the quotations. At worst, it results in a paper that seems pasted together from outside sources. Use quotations sparingly for greater impact, and remember that they should be used sparingly, and should be used to strengthen your own arguments and ideas.

Some valid reasons for quoting include:

Quotations should always be introduced and incorporated into your argument, rather than dropped into your paper without context.

There are many ads for prescription drugs on television. “African-American physicians regard direct-to-consumer advertising of prescription medicines as one way to educate minority patients about needed treatment and healthcare options” (Wechsler).

This is a potentially good piece of information to support a research writer’s claim, but the researcher hasn’t done any of the necessary work to explain where this quote comes from or to explain why it is important for supporting her point. Rather, she has simply “dropped in” the quote, leaving the interpretation of its significance up to the reader.

Now consider this revised GOOD example of how this quote might be better introduced into the essay:

In her Pharmaceutical Executive article available through the Wilson Select Internet database, Jill Wechsler writes about one of the positive effects from advertising prescription drugs on television. “African-American physicians regard direct-to-consumer advertising of prescription medicines as one way to educate minority patients about needed treatment and healthcare options.”

In this revision, the writer’s point and where the evidence comes from are much more clear.

When you do choose to quote directly from a source, follow these guidelines:

The practice of quoting out of context, or removing a quote from its surrounding matter to distort its intended meaning, can create logical fallacies and a type of false attribution.

Quoting a source out of context can be done intentionally to advance an agenda or win an argument, but it more often occurs accidentally if someone misinterprets the meaning of the original quotation and/or omits essential information, such as the lead-in and commentary on the quotation.