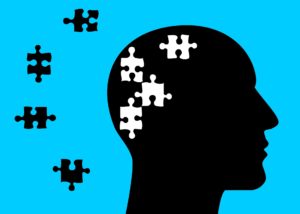 In addition to the concept of the thesis indicating a general, logical order for the support, there are actually many different ways to think about and organize information in the body of an essay, using different patterns of development. These patterns, referred to academically as “rhetorical modes,” mirror the ways in which humans think about their worlds and organize their thoughts in order to communicate.

The concept of rhetorical modes actually goes back to ancient civilizations. Though it seems particularly pressing in our current social media, online-all-the-time culture, the idea of “information overload” has troubled humans for centuries. Despite these concerns, many of our ancestors found productive ways to manage information overload. And their strategies remain helpful today. Ancient rhetoricians, including Aristotle and Cicero, developed techniques that writers used to gather, categorize, and explore common features in sets of information.

They identified “topoi,” or patterns, which were those general features shared in any idea or argument regardless of the content of that argument, including definition, relationship, and/or division. For instance, ancient rhetoricians might ask “Is the argument about a definition?” If they discovered that a definition was, in fact, controversial, then they knew they could follow certain common patterns and use common strategies. Other common patterns included comparison and cause-and-effect.

Consider these common patterns of thought and consider specific ways in which you’ve applied each thinking pattern in your everyday life.

The purpose of narration is to tell a story or relate an event. Narration is an especially useful tool for sequencing or putting details and information into some kind of logical order, usually chronological. Literature uses narration heavily, but it also can be useful in non-fiction, academic writing for strong impact.

The purpose of description is to recreate, invent, or visually present a person, place, event, or action so that the reader can picture that which is being described. It is heavily based on sensory details: sight, sound, smell, feel, taste.

It’s common to see examples used in all kinds of situations—an idea can be considered too general or abstract until we see it in action. Exemplification extends this idea even further: it carries one or more examples into great detail, in order to show the details of a complex problem in a way that’s easy for readers to understand.

Defintion moves beyond a dictionary definition to deeply examine a word or concept as we actually use and understand it.

Analyzing a process can also be thought of as “how-to” instruction. Technical writing includes a lot of process analysis, for instance. Academic writing can incorporate process analysis to show how an existing problem came to be, or how it might be solved, by following a clear series of steps.

Classification takes one large concept, and divides it into individual pieces. A nice result from this type of writing is that it helps the reader to understand a complex topic by focusing on its smaller parts. This is particularly useful when an author has a unique way of dividing the concepts, to provide new insight into the ways it could be viewed.

Comparison focuses on similarities between things, and contrast focuses on their differences. We innately make comparisons all the time, and they appear in many kinds of writings. The goal of comparison and contrast in academic essays is generally to show that one item is superior to another, based on a set of evaluations included as part of the writing.

If narration offers a sequence of events, cause/effect essays offer an explanation about why that sequence matters. Cause/effect writing is particularly powerful when the author can provide a cause/effect relationship that the reader wasn’t expecting, and as a result see the situation in a new light.

This type of academic writing has two equally important tasks: clearly identifying a problem, and then providing a logical, practical solution for that problem. Establishing that a particular situation IS a problem can sometimes be a challenge–many readers might assume that a given situation is “just the way it is,” for instance. 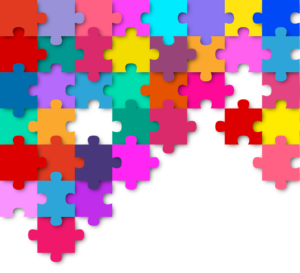 Often in your academic studies, you will be asked to apply a specific thinking pattern in an essay assignment. For example:

Even if you are not directly asked to apply a specific thinking pattern, you may want to use one to help you develop and organize your insights. The four patterns noted above – comparison and contrast, cause and effect, division and classification, and process analysis – are very common in academic as well as everyday thinking and writing.