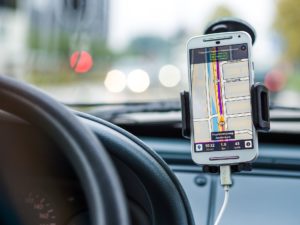 An organizational statement can take the form of a separate sentence or can be attached to a thesis in a single sentence, as seen in the examples below. The organizational elements appear in bold text:

Movies produced in the mid-1950s used obsessive behavior to depict teenage romance as something dangerous that should be avoided.  Obsessive behavior was viewed as rebellious, uncontrollable, and harmful, both to the teenagers and to the people who loved them.

Since obsessive behavior was viewed as rebellious, uncontrollable, and dangerous, movies produced in the mid-1950s used it to depict teenage romance as something that should be avoided for the sake of young adults and the people who loved them.

Notice how the 2nd version above strengthens the original thesis, by appearing as part of the same sentence.

Evidence in the body of an essay should be presented in the same order that it appears in an organizational statement. In the example above, it means the essay would have to discuss rebelliousness, an uncontrollable nature, and danger (as they relate to obsessive teenage romance in film) in that order.