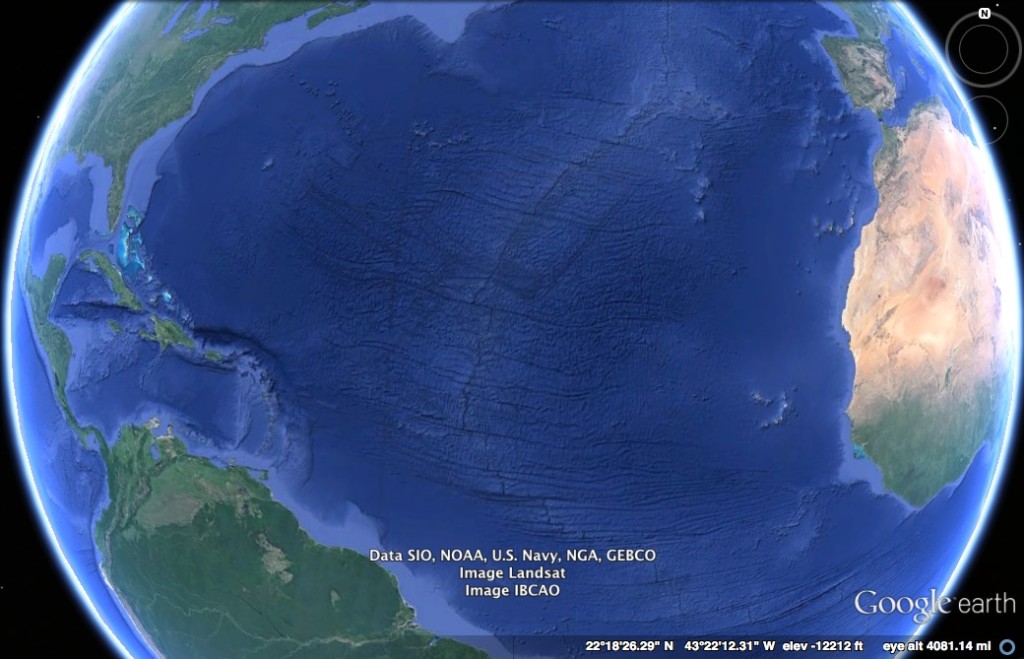 Plates move apart at mid-ocean ridges where new seafloor forms. Between the two plates is a rift valley. Lava flows at the surface cool rapidly to become basalt, but deeper in the crust, magma cools more slowly to form gabbro. So the entire ridge system is made up of igneous rock that is either extrusive or intrusive. Earthquakes are common at mid-ocean ridges since the movement of magma and oceanic crust results in crustal shaking. The vast majority of mid-ocean ridges are located deep below the sea. Here is an animation from the United States Geologic Survey (USGS) of divergent plate boundary at mid-ocean ridge and another animation by IRIS.As divergence occurs, shallow earthquakes can occur along with volcanoes along the rift areas. When the process begins, a valley will develop such as the Great Rift Valley in Africa. Over time that valley can fill up with water creating linear lakes. If divergence continues, a sea can form like the Red Sea and finally an ocean like the Atlantic Ocean. Check out the eastern half of Africa and notice the lakes that look linear. Eastern Africa is tearing apart from these linear lakes, to the Great Rift Valley, and up to the Red Sea. The ultimate divergent boundary is the Atlantic Ocean, which began when Pangea broke apart. 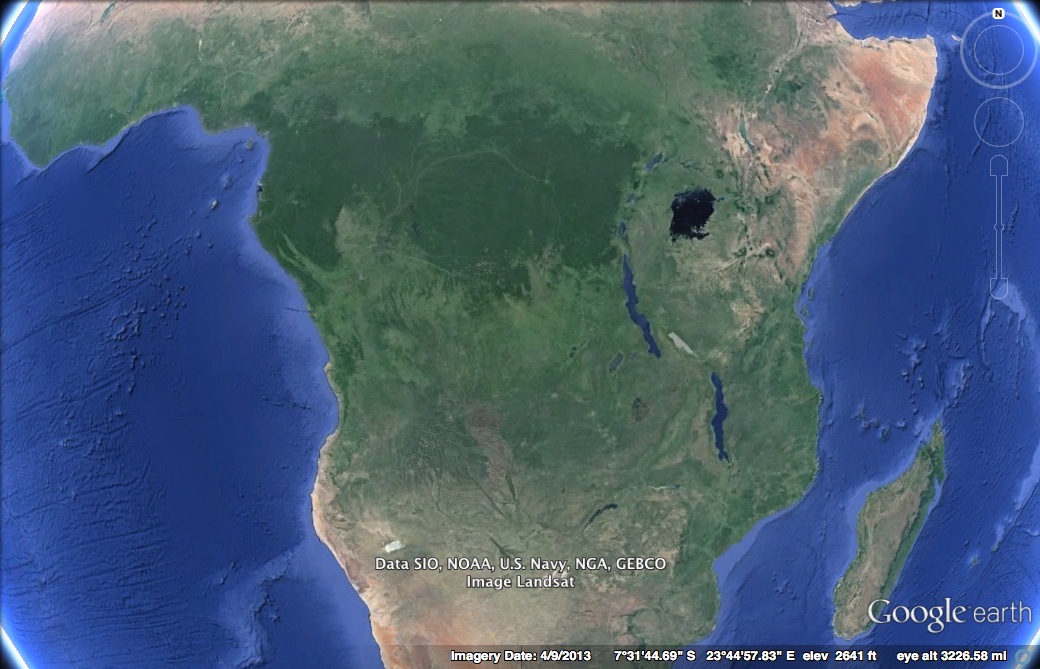 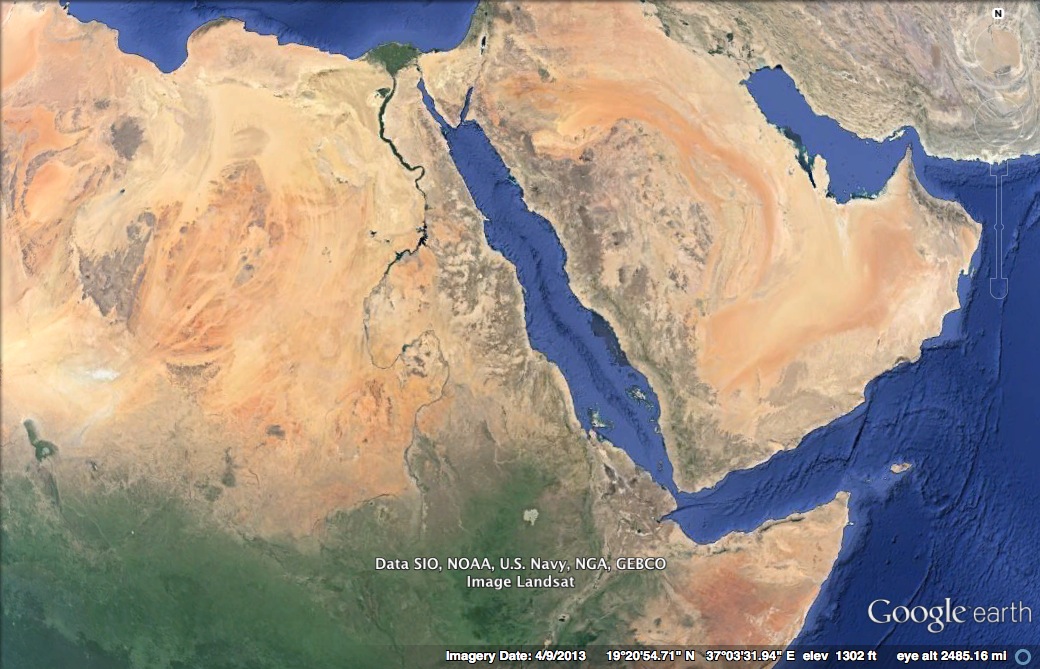 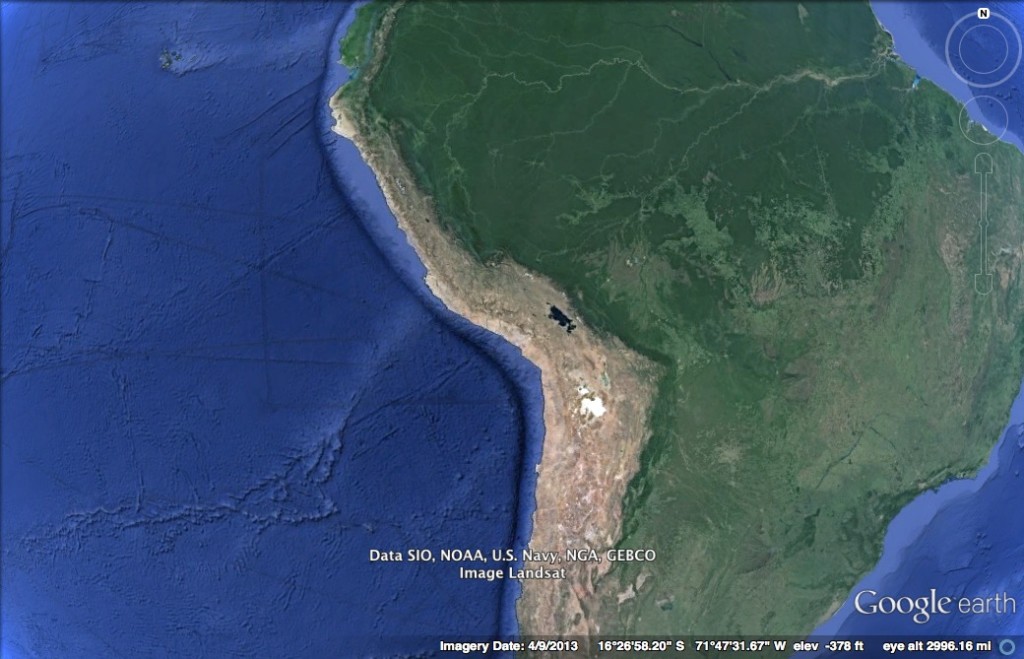 When two plates converge, the result depends on the type of lithosphere the plates are made of. No matter what, smashing two enormous slabs of lithosphere together results in the creation of magma and earthquakes.Ocean-to-continent convergence occurs when oceanic crust converges with continental crust, forcing the denser oceanic plate to plunge beneath the continental plate. This process called subduction, occurs along oceanic trenches called subduction zones where lots of intense earthquakes and volcanic eruptions can occur. The denser, subducting plate begins to heat up under extreme pressure near the mantle and melts to create causes melting in the volcanoes. These coastal volcanic mountains are found in a line above the subducting plate. The volcanoes are known as a continental arc. The movement of crust and magma causes earthquakes. Click here for a map of earthquake epicenters at subduction zones.The volcanoes of northeastern California—Lassen Peak, Mount Shasta, and Medicine Lake volcano—along with the rest of the Cascade Mountains of the Pacific Northwest are the result of subduction of the Juan de Fuca plate beneath the North American plate. The Juan de Fuca plate is created by seafloor spreading just offshore at the Juan de Fuca ridge.If the magma at a continental arc is felsic, it may be too viscous (thick) to rise through the crust. The magma will cool slowly to form granite or granodiorite. These large bodies of intrusive igneous rocks are called batholiths, which may someday be uplifted to form a mountain range. 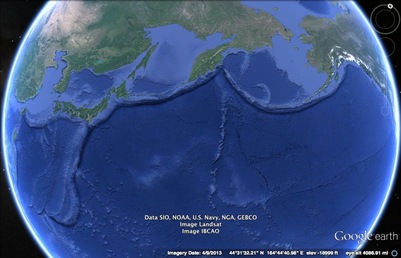 An oceanic-to-oceanic plate boundary occurs when two oceanic plates converge, causing the older, denser plate will subduct into the mantle. An ocean trench marks the location where the plate is pushed down into the mantle. The line of volcanoes that grows on the upper oceanic plate is an island arc.The Ring of Fire is a ring around the Pacific Ocean of subduction zones, which most are oceanic-to-oceanic convergence. Here is an animation of an ocean continent plate boundary. Along these subduction zones, volcanic islands (also called volcanic arcs) form. Examples of these regions include Japan, Indonesia, and the Aleutian Islands. 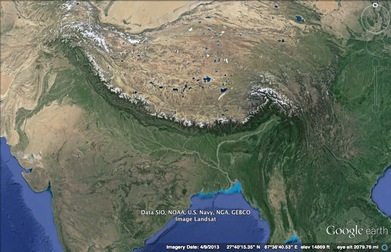 When two continental plates converge, instead of subduction, the two similar tectonic plates will buckle up to create large mountain ranges like a massive car pile-up. This is called continental-to-continental convergence, and geologically creates intense folding and faulting rather than volcanic activity.Examples of mountain ranges created by this process are the Himalayan mountains as India is colliding with Asia, the Alps in Europe, and the Appalacian mountains in the United States as the North American plate collided with the African plate when Pangea was forming. The Kashmir India earthquake of 2005 that killed over 80,000 people occurred because of this process. And most recently, the 2008 earthquake in China which killed nearly 85,000 people before the Summer Olympics was because of this tectonic force. The Appalachian Mountains are the remnants of a large mountain range that was created when North America rammed into Eurasia about 250 million years ago.

Transform plate boundaries occur when two tectonic plates slide (or grind) past parallel to each other. The most famous transform boundary is the San Andreas Fault where the Pacific plate that Los Angeles and Hawaii are on is grinding past the North American plate that San Francisco and the rest of the United States is on at the rate of 3 inches a year. Recently, geologists have stated that San Francisco should expect another disastrous earthquake in the next 30 years. Another important transform boundary is the North Anatolian Fault in Turkey. This powerful fault last ruptured in 1999 in Izmit, Turkey which killed 17,000 people in 48 seconds. 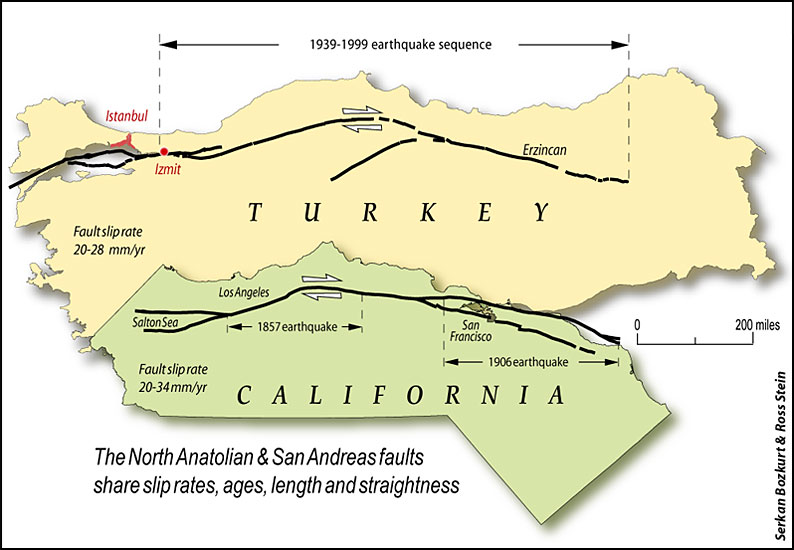 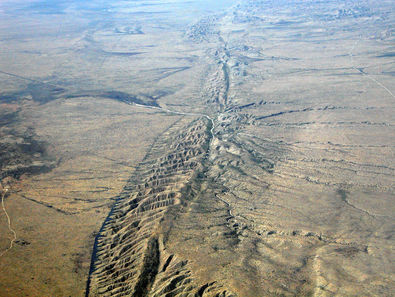 A small amount of geologic activity, known as intraplate activity, does not take place at plate boundaries but within a plate instead. Mantle plumes are pipes of hot rock that rise through the mantle. The release of pressure causes melting near the surface to form a hotspot. Eruptions at the hotspot create a volcano. Hotspot volcanoes are found in a line. Can you figure out why? Hint: The youngest volcano sits above the hotspot and volcanoes become older with distance from the hotspot.An animation of the creation of a hotspot chain is seen here. Geologists use some hotspot chains to tell the direction and the speed a plate is moving.Hotspot magmas rarely penetrate through thick continental crust. One exception is the Yellowstone hotspot.