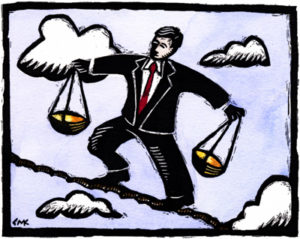 The calculation of the balance of trade yields one of two outcomes: a trade deficit or a trade surplus. A trade deficit occurs when a nation imports more than it exports. Since 1976, the United States has consistently run trade deficits due to high imports of oil and consumer products. In recent years, the biggest trade deficits were recorded with China, Japan, Germany, and Mexico. This shouldn’t come as a surprise to you if you emptied your backpack and counted up all the items not made in the USA. In contrast, a trade surplus occurs when a nation exports more than it imports. Although the U.S. has run an overall trade deficit since 1976, it doesn’t mean that we import more from every country than we export. On the contrary, the United States records trade surpluses with Hong Kong, the Netherlands, the United Arab Emirates, and Australia. Because the balance of trade is calculated using ALL imports and exports, it’s possible for the U.S. to run a surplus with some nations and a deficit with others. As with your checkbook, the balance reflects the difference between total exports (“deposits”) and total imports (“withdrawals”).

Let’s look at the balance of trade for “Candyland.” 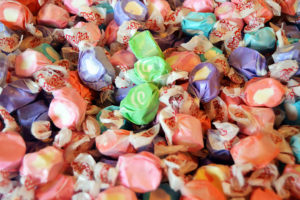 However, the picture changed in 2015 when the Australian government closed the phosphate mine on Christmas Island. Candyland had to import phosphate from Morocco, instead, and was not able to get the same favorable pricing as before. Consequently, sugarcane farmers paid more for fertilizer, the price of sugarcane went up, and Candyland had to raise the price on its saltwater taffy. Sadly, the people of Morocco aren’t really big fans of saltwater taffy, so exports fell. The following table shows Candyland’s imports and exports with Morocco in 2015.

Balance of Payments is the difference between the total flow of money coming into a country and the total flow of money going out of a country during a period of time. Although related to the balance of trade, balance of payments is the record of all economic transactions between individuals, firms, and the government and the rest of the world in a particular period.  Thus the balance of payments includes all external transactions of a country, including payments for the country’s exports and imports of goods, services, foreign investments, loans and foreign aid, financial capital, and financial transfers.

Let’s examine Candyland’s balance of payments in 2015. The following table shows all of its external transactions during the year.

When we calculated Candyland’s balance of trade in 2015, we did not take into account the following two transactions:

When we calculate Candyland’s 2015 balance of payments, by taking the inflows (revenue from exports and foreign aid) and subtracting the outflows (payments for imports and purchase of foreign assets), the balance is negative, as shown below:

At this point it’s tempting to make judgments about these different types of trade measurements and conclude that trade surpluses and favorable balance of payments are always indicators of a strong economy, but unfortunately it’s not so cut and dried. Balance of trade and balance of payments are starting points—much in the way that an individual’s credit rating might be a starting point for seeking a loan. How the numbers are interpreted and viewed by the country’s leaders, other countries, and the world depends on many factors, such as where a country is in its economic development, the factors contributing to the balance of trade or payments, the health of the overall global economy, what the country is doing with its imports, and so on. As you might guess, assessments of these factors can be intensely political. You’ll learn more about these considerations later in this module when we discuss how nations attempt to restrict or control trade. 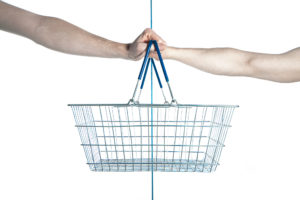