The July Monarchy (1830–1848) is generally seen as a period during which the upper-middle class (haute bourgeoisie) was dominant. It marked the shift from the counter-revolutionary Legitimists to the Orleanists, who were willing to make some compromises with the changes of the 1789 Revolution, but maintained a conservative regime marked by constant civil unrest.

Contrast the July monarchy with the reign of Charles X

campagne des banquets
Political meetings during the July Monarchy in France that destabilized the King of the French Louis-Philippe. The campaign officially took place from July 9, 1847, to December, 25 1847, but in fact continued until the February 1848 Revolution during which the Second Republic was proclaimed.
Louis Philippe I
King of the French from 1830 to 1848 as the leader of the Orléanist party. His government, known as the July Monarchy, was dominated by members of a wealthy French elite and numerous former Napoleonic officials. He followed conservative policies, especially under the influence of the French statesman François Guizot from 1840–48.
haute bourgeoisie
A social rank in the bourgeoisie that can only be acquired through time. In France, it is composed of bourgeois families that have existed since the French Revolution. They hold only honorable professions and have experienced many illustrious marriages in their family’s history. They have rich cultural and historical heritages, and their financial means are more than secure. These families exude an aura of nobility that prevents them from certain marriages or occupations. They only differ from nobility in that due to circumstances, lack of opportunity, and/or political regime, they have not been ennobled.

The French Kingdom, commonly known as the July Monarchy, was a liberal constitutional monarchy in France under Louis Philippe I, starting with the July Revolution of 1830 (also known as the Three Glorious Days) and ending with the Revolution of 1848. It began with the overthrow of the conservative government of Charles X and the House of Bourbon. Louis Philippe, a member of the traditionally more liberal Orléans branch of the House of Bourbon, proclaimed himself Roi des Français (“King of the French”) rather than “King of France,” emphasizing the popular origins of his reign. The king promised to follow the “juste milieu”, or the middle-of-the-road, avoiding the extremes of the conservative supporters of Charles X and radicals on the left. The July Monarchy was dominated by wealthy bourgeoisie and numerous former Napoleonic officials. It followed conservative policies, especially under the influence (1840–48) of François Guizot. The king promoted friendship with Great Britain and sponsored colonial expansion, notably the conquest of Algeria. By 1848, a year in which many European states had a revolution, the king’s popularity had collapsed, and he was overthrown.

The July Monarchy (1830–1848) is generally seen as a period during which the haute bourgeoisie was dominant. It marked the shift from the counter-revolutionary Legitimists to the Orleanists, who were willing to make compromises with the changes brought by the 1789 Revolution. Louis-Philippe’s taking of the title “King of the French” marked his acceptance of popular sovereignty, which replaced the Ancien Régime’s divine right. Louis-Philippe clearly understood his base of power: the wealthy bourgeoisie carried him aloft during the July Revolution through their work in the Parliament, and throughout his reign, he kept their interests in mind.

During the first several years of his regime, Louis-Philippe appeared to move his government toward legitimate, broad-based reform. The government found its source of legitimacy within the Charter of 1830, written by reform-minded members of Chamber of Deputies upon a platform of religious equality, the empowerment of the citizenry through the reestablishment of the National Guard, electoral reform, the reformation of the peerage system, and the lessening of royal authority. Indeed, Louis-Phillippe and his ministers adhered to policies that seemed to promote the central tenets of the constitution. However, the majority of these were veiled attempts to shore up the power and influence of the government and the bourgeoisie, rather than legitimate attempts to promote equality and empowerment for a broad constituency of the French population. Thus, though the July Monarchy seemed to move toward reform, this movement was largely illusory.

During the years of the July Monarchy, enfranchisement roughly doubled, from 94,000 under Charles X to more than 200,000 by 1848. However, this represented less than one percent of population, and as the requirements for voting were tax-based, only the wealthiest gained the privilege. By implication, the enlarged enfranchisement tended to favor the wealthy merchant bourgeoisie more than any other group.

The reformed Charter of 1830 limited the power of the King – stripping him of his ability to propose and decree legislation, as well as limiting his executive authority. However, the King of the French still believed in a version of monarchy that held the king as much more than a figurehead for an elected Parliament, and as such, he was quite active in politics. One of the first acts of Louis-Philippe in constructing his cabinet was to appoint the rather conservative Casimir Perier as the premier. Perier, a banker, was instrumental in shutting down many of the Republican secret societies and labor unions that had formed during the early years of the regime. In addition, he oversaw the dismemberment of the National Guard after it proved too supportive of radical ideologies.

The regime acknowledged early on that radicalism and republicanism threatened it by undermining its laissez-faire policies. Thus, the Monarchy declared the very term republican illegal in 1834. Guizot shut down republican clubs and disbanded republican publications. Republicans within the cabinet, like the banker Dupont, were all but excluded by Perier and his conservative clique. Distrusting the sole National Guard, Louis-Philippe increased the size of the army and reformed it in order to ensure its loyalty to the government. 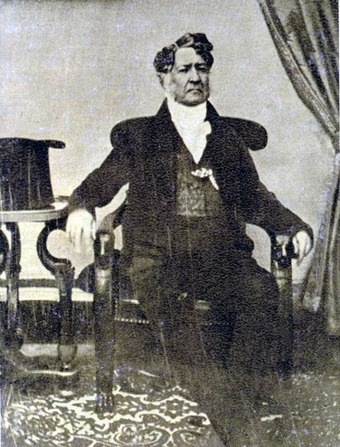 Louis-Philippe, 1842 King Louis-Philippe I, the liberal and constitutional King of the French, brought to power by the July Revolution.

Unrest in the July Monarchy: Revolution of 1848

Louis-Philippe, who had flirted with liberalism in his youth, rejected much of the pomp and circumstance of the Bourbons and surrounded himself with merchants and bankers. The July Monarchy, however, remained a time of turmoil. A large group of Legitimists on the right demanded the restoration of the Bourbons to the throne. On the left, Republicanism and later Socialism, remained a powerful force.

Civil unrest continued after the July Revolution, supported by the left-wing press. Louis-Philippe’s government was not able to end it, mostly because the National Guard was headed by one of the Republican leaders, the marquis de La Fayette, who requested a “popular throne surrounded by Republican institutions.” The Republicans then gathered themselves in popular clubs in the tradition established by the 1789 Revolution. Some of those were fronts for secret societies, which requested political and social reforms or the execution of Charles X’s ministers. Strikes and demonstrations were permanent.

Despite the reforms made by Louis-Philippe’s regime, which targeted the bourgeoisie rather than the people, Paris was once again rocked by riots on February 14-15, 1831. Riots and protests continued throughout his reign, including the Canuts Revolt, started on November 21, 1831, during which parts of the National Guard took the demonstrators’ side.

Late in his reign, Louis-Philippe became increasingly rigid and dogmatic. For example, his President of the Council, François Guizot, had become deeply unpopular, but Louis-Philippe refused to remove him.

Around this same time, there was another economic downturn, which especially affected the lower classes. There was an increase in workers’ demonstrations, with riots in the Buzançais in 1847. In Roubaix, a city in the industrial north, 60% of the workers were unemployed. At the same time, the regime was marred by several political scandals (Teste–Cubières corruption scandal, revealed in May 1847, and Charles de Choiseul-Praslin’s suicide after murdering his wife, daughter of Horace Sébastiani).

Since the right of association was strictly restricted and public meetings prohibited after 1835, the opposition was paralyzed. To sidestep this law, political dissidents used civil funerals of their comrades as occasions for public demonstrations. Family celebrations and banquets also served as pretexts for gatherings. This campaign of banquets (Campagne des banquets), was intended to circumvent the governmental restriction on political meetings and provide a legal outlet for popular criticism of the regime. The campaign began in July 1847. Friedrich Engels was in Paris from October 1847 and was able to observe and attend some of these banquets.

The banquet campaign lasted until all political banquets were outlawed by the French government in February 1848. As a result, the people revolted, helping to unite the efforts of the popular Republicans and the liberal Orleanists, who turned their backs on Louis-Philippe.

Anger over the outlawing of the political banquets brought crowds of Parisians flooding into the streets at noon on February 22, 1848. The crowds directed their anger against the Citizen King Louis Philippe and his chief minister for foreign and domestic policy, François Pierre Guillaume Guizot. At 2 p.m. the next day, Prime Minister Guizot resigned. Upon hearing the news of Guizot’s resignation, a large crowd gathered outside the Ministry of Foreign Affairs. An officer ordered the crowd not to pass, but people in the front of the crowd were being pushed by the rear. The officer ordered his men to fix bayonets, probably wishing to avoid shooting. However, in what is widely regarded as an accident, a soldier discharged his musket, which resulted in the rest of the soldiers firing into the crowd. Fifty-two people were killed.

Paris was soon a barricaded city. Omnibuses were turned into barricades, and thousands of trees were felled. Fires were set, and angry citizens began converging to the royal palace. King Louis Philippe abdicated and fled to the UK.