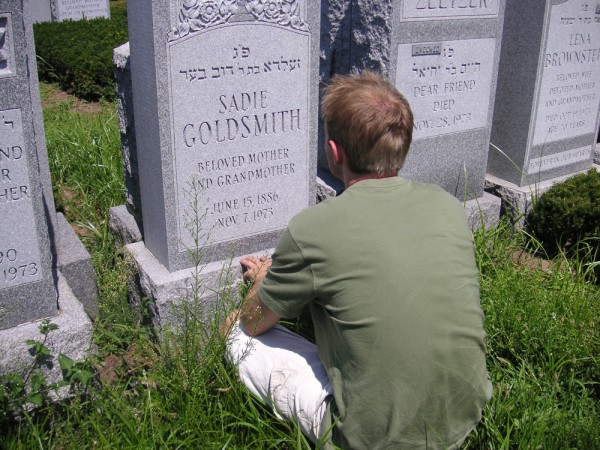 A young man sits at the grave of his great-grandmother. (Photo courtesy of Sara Goldsmith/flickr)

For most of human history, the standard of living was significantly lower than it is now. Humans struggled to survive with few amenities and very limited medical technology. The risk of death due to disease or accident was high in any life stage, and life expectancy was low. As people began to live longer, death became associated with old age.

The work of Kübler-Ross was eye-opening when it was introduced. It broke new ground and opened the doors for sociologists, social workers, health practitioners, and therapists to study death and help those who were facing death. Kübler-Ross’s work is generally considered a major contribution to thanatology: the systematic study of death and dying.

Test Elisabeth Kübler-Ross’s five stages of grief. Think of someone or something you have lost. You might consider the loss of a relationship, possession, or aspect of your self-identity. For example, perhaps you dissolved a childhood friendship, sold your car, or got a bad haircut. For even a small loss, did you experience all five stages of grief? If so, how did the expression of each stage manifest? Did the process happen slowly or rapidly? Did the stages occur out of order? Did you reach acceptance? Try to recall the experience and analyze your own response to loss. Does your experience facilitate your empathizing with the elderly?

Self-Check: The Process of Aging