Rhetoric is the oldest tradition of the Communication field. A good definition of rhetoric is, “any kind of human symbol use that functions in any realm—public, private, and anything in between” (Foss, Foss & Trapp, 7). Remember that one of our definitions for theory is, “a way of framing an experience or event—an effort to understand and account for something and the way it functions in the world” (Foss, Foss, & Griffin, 8). Combining these definitions allows us to understand the Rhetorical Theories Paradigm as, “a way to understand and account for the way any kind of human symbol use functions in any realm.” Scholars have historically used rhetorical theories as a way to produce and evaluate messages.

If you have taken a public speaking course, you were likely exposed to rhetorical theories of message production. In public speaking classes students are taught methods for organizing presentations, building credibility with the audience, and making messages more entertaining, informative, and/or persuasive. You probably intuitively understand that there are effective ways for putting together messages. But, how do you know what is truly effective or ineffective? Whether you are preparing a public presentation, an advertising campaign, or trying to persuade a friend, rhetorical theories guide the ways you produce messages. Companies devote millions of dollars to produce the advertisements we see. You can bet that significant research has gone into what messages will work the best so they do not waste their money on ineffective advertising. Audience analysis, context, goals, etc., are all considered before producing and delivering these messages.

Over the centuries, Communication scholars have devoted entire careers studying what it takes to produce effective messages. Aristotle gave us his ideas of ethos (credibility), logos (logic), and pathos (emotions) as fundamental components for constructing persuasive messages. Cicero gave us the five canons of rhetoric, or the five necessary steps for putting together an effective message. In the modern era, Stephen Toulmin developed the Toulmin model as a means for constructing persuasive arguments. Toulmin’s model of message production includes a claim, grounds, warrant, backing, modal qualifier, and rebuttal. The claim is the conclusion or argument being made. The grounds are the data and facts offered to support the claim. To logically connect the grounds to the claim, a warrant is given. The backing is used to support the warrant and the qualifiers make a statement about the strength of the claim. Words such as “possible,” “certainly,” and “definitely” are examples of qualifiers. Any exception to the claim is the rebuttal. Even if you are unfamiliar with rhetorical theories of message production above, you likely have a good idea of what makes an effective message. For Toulmin, effectiveness was based on issues of practicality — to find a claim that is of interest to people and the ability to justify it. The greater understanding you have of rhetorical theories of message production, the greater potential you have for producing effective messages in a variety of contexts. 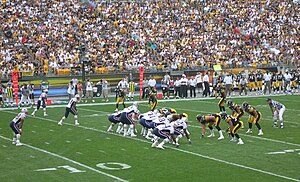 Many people spend a considerable amount of time discussing the effectiveness of commercials. Those who engage in these conversations are, at a basic level, engaging in message evaluation. If you make a comment about these commercials such as, “that was funny” or “that was stupid” you are using some kind of criteria to come to those conclusions. A person approaching these messages using rhetorical theories would ask “why was that funny or stupid?” In other words, what works, or doesn’t work, about certain messages?

As with message production, we are constantly in the process of evaluating messages that are sent and received by us. The greater understanding you have of rhetorical theories for both putting together and evaluating messages, the greater potential you have to be an effective communicator in a variety of contexts. For rhetorical theorists, the message is the primary focus of inquiry when approaching the study of communication.