Part 1: Thinking Through the Disciplines

Yes, I’m a J.R.R. Tolkien fan, so the nine here means the Black Riders or else the Nine Walkers bringing the Ring to its destruction. Seriously, though, nine is a significant number in many cultures, and hopefully we can remember the nine modes.

–These are the building blocks, the ones we experience all the time.  Your day is a story.  Teens are protagonists in a melodrama where “stuff happens” to them. Going with these basics, we can move into the other modes that rely upon these foundations.

Think on this: For 2,500 years, the rich have been studying these, using these to get or keep power.  Now we are using them.  That’s powerful.  Stuffy old rhetoric is still valuable, still relevant.  The three appeals are Greek (logos, ethos, pathos). Each has advantages and disadvantages.  Appealing to ethos may make one look biased–especially if the audience doesn’t share the writer’s characters and values.  Emotions are strong and immediate, which can backfire–but, then again, so can appearing coldly objective through overuse of logos.

Speaking of logic, the last mode is argument.  With this, we deal with appeals (hopefully to logic, but more often in pop culture we get the appeals to emotion or to ethics, which is character and values).

There they are: Nine different modes which writers use in concert, often without an awareness that they are switching from one to the other: 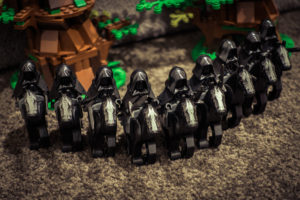 What do you make of this very old system we continue to teach and use?