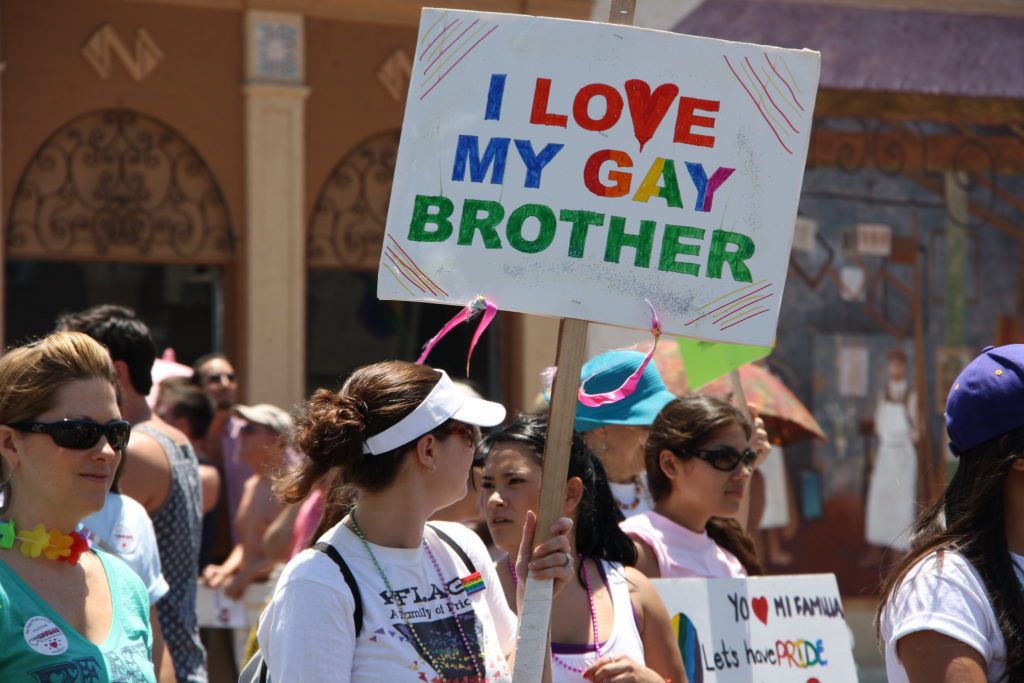 LGBTQ+ youth whose families have demonstrated support (e.g. warmth, enjoying time together, closeness) have a greater likelihood of positive health outcomes (e.g. self-esteem, general good health, and social support, and their support is a protective factors against negative health outcomes in early adulthood (e.g. depression, suicidal ideation, and substance abuse; Needham & Austin, 2010; Ryan et al., 2010). Family support has been demonstrated to have a lifelong impact on adult development, quality of life, and reduction of victimization (Zaninotto, Falaschetti, & Sacker, 2009) and physical and mental health, including in older adults (Luo, Xu, Granberg, & Wentworth, 2012). Trans youth also reported long lasting positive impacts of family support—72% of trans youth with parental support reported being more satisfied with their lives than those without (33%; Travers et al., 2012). These same youth reported more consistent (70%) positive mental health outcomes than those whose parents were not supportive (15%).

Research on parental rejection also suggests increased homelessness within the adolescent and young adult LGB community as a result of family rejection, particularly for youth of color (Ray, 2006). Upon disclosure of sexual orientation, some parents decide to eject their youth from the house, forcing them to live with other family members, in friend’s homes, in foster care, in homeless shelters, or on the streets. Recent estimates indicate that 20-40% of the current two million homeless youth in the United States are LGBT identified youth (Choi, Wilson, Shelton, & Gates, 2015). Homeless LGB youth may suffer from even more negative health outcomes as a result of displacement from home. 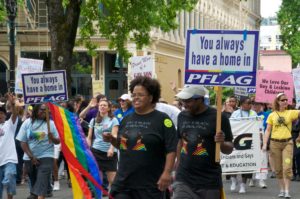 Portland Pride 2012 PFLAG marchers show an intersectional support of Black members of the LGBT communities and LGBT youth. The signs read “you always have a home in PFLAG.”

Parents, Families, and Friends of Lesbians and Gays (PFLAG; 2019) is a national organization developed in 1973 by Jeanne Manford to aid parents and loved ones of LGBTQ+ persons build tolerance, acceptance, and understanding. PFLAG was established to help advocate for the needs and rights of gay and lesbian persons and families, but has evolved to be inclusive to all LGBTQ+ persons and families. PFLAG allows loved ones and youth to come together to talk about challenges associated with coming out, affirmatively raising LGBTQ+ children, and other challenges.

To see the history of PFLAG and find local branches go to: