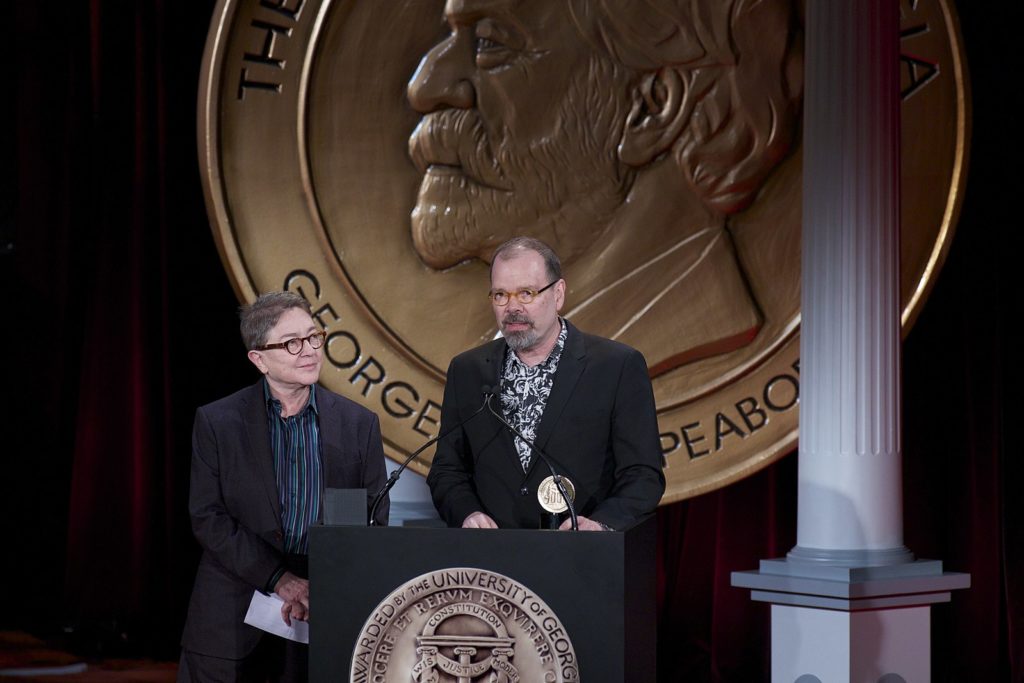 Investigative journalist and documentary maker Dave France (center) and Joy Tomchin (left) accepting a Peabody Award for their documentary “How to Survive a Plague.”

While the thoughts and feelings they generate are “real things,” remember that media texts never present objective realities. From Madeleine Olnek’s outrageously campy Codependent Lesbian Space Alien Seeks Same (2011) to hard-hitting documentaries such as David France’s The Death and Life of Marsha P. Johnson (2017), films are representations. They’re created through subjective human processes such as writing, casting, acting, costuming, editing, and more. However realistic and emotionally impactful, characters are works of artifice whose “lives” stop where the film does. Likewise, documentaries are based on real events but are always interpretations of those events—they’re never fully objective.

Analyzing screen media means considering not just what stories are told but also the techniques and processes—cinematography, editing, mise-en-scène, casting, etc.—used to tell them and how those elements work alongside the content to construct meaning. In literary contexts, form refers to the way a story is told, while content refers to the events, plotline, and characters of which it consists. Content might be thought of as the what of a text, and form as how it’s depicted. Making a film or a TV episode entails many decisions beyond plot and dialogue, ranging from camera angles to casting to wardrobe to sound mixing, and they all produce certain effects. The language of film form offers a means for examining these decisions and their effects. 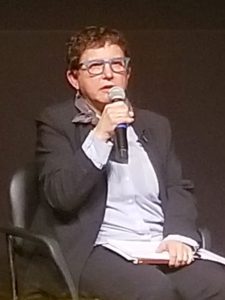 Films involving a queer character’s tragic death aren’t necessarily bad or homophobic, but the persistent, minimally varying association of queerness with unnatural death is reductive and harmful in much the same way that the automatic association of HIV/AIDS with male homosexuality is reductive and harmful. Historically, moreover, these tropes have been cultural or legal requisites for representation to exist at all. To elucidate the reasons why the definition, production, and consumption of LGBTQ+ film and media remain so complicated today, this chapter devotes significant attention to sociohistorical contexts. Because such context is essential to understanding the contemporary conditions and manifestations of LGBTQ+ film and media, the chapter focuses almost exclusively on the US.