Prior to its decision in Obergefell the Supreme Court confronted the question of whether the Equal Protection Clause protected against discrimination towards LGBTQ people. In 1996 the Court heard the case of Romer v. Evans where it was faced with the decision of whether Colorado’s Amendment 2 violated the Equal Protection Clause. Amendment 2 was adopted in response to several municipal laws that banned discrimination in housing, employment, education and public accommodation against LGBTQ people. The Amendment prohibited any law designed to protect the status of people based on their “homosexual, lesbian or bisexual orientation, conduct, practices or relationships” (Romer v. Evans, 1996, p. 620). The State essentially argued that Amendment 2 did nothing more than put LGBTQ people on the same footing as all other Colorado residents who weren’t afforded the specific protections of the various laws within the state. However, in a decision authored by Justice Kennedy, the Court found that Amendment 2 violated the Equal Protection Clause and was unconstitutional. Kennedy explained:

The Fourteenth Amendment’s promise that no person shall be denied the equal protection of the laws must co exist with the practical necessity that most legislation classifies for one purpose or another, with resulting disadvantage to various groups or persons […] We have attempted to reconcile the principle with the reality by stating that, if a law neither burdens a fundamental right nor targets a suspect class, we will uphold the legislative classification so long as it bears a rational relation to some legitimate end […] Amendment 2 fails, indeed defies, even this conventional inquiry. (p. 631-632) 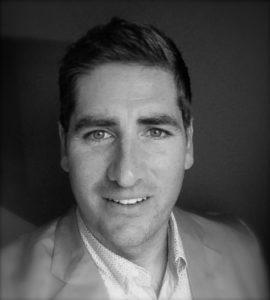 Kennedy found that Amendment 2’s exclusion of LGBTQ people from receiving legal protections already afforded to others failed to, “bear a rational relationship to a legitimate governmental purpose…” and, as a result, it violated the minimal standard of review for equal protection cases. This outcome was significant, especially coming after the Bowers decision, but it did not offer the kind of more rigid review given to laws that discriminate based on race or gender. Some suggest that Kennedy’s use of the rational basis test meant that laws targeting LGBTQ people for unequal treatment might survive since only the more egregious legislation that could be rationalized would not be found violative of the Equal Protection Clause (Smith, 2005). For instance, in the case of Boy Scouts of America v. Dale (2000) the Court found that the Boy Scouts of America could revoke the adult membership of James Dale who was a former Eagle Scout and assistant scoutmaster at the time of his ouster. The Boy Scouts claimed that their freedom of expressive association rights would be violated if forced to include Dale who was a known homosexual and gay rights activist. Writing for the majority, Chief Justice William Rehnquist found that:

Rehnquist’s opinion read much more into the “expressive” association than was evidenced by the Boy Scouts’ mission, oath and handbook. Indeed, none of the written record upon which Rehnquist relied explicitly mentioned how the values the organization purportedly espoused were directly challenged by the inclusion of Mr. Dale. This case has not been overturned; though, the Boy Scouts themselves have, in recent years, opened their doors to gay men and lesbians. 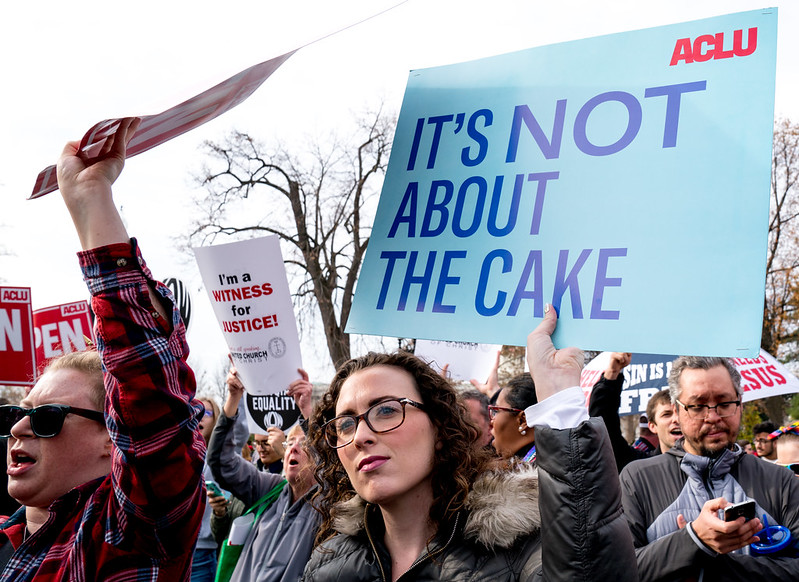 Protestors in front of the Supreme Court during the argument for Masterpiece Cakeshop Ltd. v. Colorado Civil Rights Commission. Photo provided b Victoria Pickering under a CC BY-NC-ND 2.0 License.

Though this case involved a private organization and not state legislation, it is possible to imagine that a heightened level of scrutiny afforded sexuality-based classifications might have meant a more narrow reading of the expressive association Rehnquist was keen to protect. A heightened review of LGBTQ equal protection might also have influenced the outcome of the recent case of Masterpiece Cakeshop, Ltd. v. Colorado Civil Rights Commission (2018). In that case the Court was faced with the question of whether a Colorado baker’s religious freedom protected his right to not make a wedding cake for a same-sex wedding. The couple in this case brought a complaint to Colorado’s Civil Rights Commission which found in their favor citing the state’s anti-discrimination law. Justice Kennedy wrote for the Court and said, “While it is unexceptional that Colorado law can protect gay persons in acquiring products and services on the same terms and conditions as are offered to other members of the public, the law must be applied in a manner that is neutral toward religion” (Masterpiece Cakeshop, Ltd. v. Colorado Civil Rights Commission, 2018, p. 2). However, this case was narrowly decided in that the Court’s ruling was not so much about religious freedom as it was about the obvious hostility towards the baker’s religious beliefs as expressed by the state’s civil rights commission. In this way the Court left open the door of whether religious freedom protections outweigh the right for LGBTQ to live free from discrimination. As the NAACP Legal Defense and Educational Fund amicus brief argued allowing religious beliefs to serve as a basis for discrimination puts in jeopardy groups like African Americans who historically endured discrimination because of the religious beliefs held by some that Whites were naturally superior to non-whites (Ifill, 2018). Applying heightened scrutiny to laws and acts that discriminate against LGBTQ people might tip the balance of such cases in favor of equal protection over religious freedom in the future.

While the previous cases look at issues related to the federal constitutions protection against sexuality discrimination the Court has not yet decided what legal protections, if any, should be afforded to those who are gender non-conforming. As of this writing the Court has, on its docket, three cases which ask whether gay and gender nonconforming people are protected by Title VII of the Civil Rights Act which bars employers from discriminating against employees on the basis of sex, race, national origin and religion.

The United States has a long history of discriminating against gender-nonconforming people. Several cities, including San Francisco and New York had laws that criminalized those wore clothing not suited to their sex (Sears, 2015). Today, discrimination against gender non conforming people is fairly common. Few states like New York have allowed individuals to change their gender on their driver’s licenses and other official documents. As is often discussed the grouping of gender non-conforming people under the LGBTQ umbrella has often meant specific gender-based issues are overshadowed by those that are sexuality-based. Nevertheless, in the case of Price Waterhouse v. Hopkins (1989) the Court determined that sex-stereotyping was a form of prohibited sex discrimination which might open the door for greater protections for those who are gender non-conforming. In that case, Ann Hopkins was denied partnership in the accounting firm because several of the review partners found that she was not feminine enough. The Court found that this was a form of sex stereotyping which it defined as, “a person’s nonconformity to social or other expectations of that person’s gender” (Prince Waterhouse v. Hopkins, 1989, 251). In its conclusion the Court found that the sex based actions would be permissible if the employer could prove that Ms. Hopkins would not have been promoted in any event which it was unable to do in the subsequent court hearings. Though this precedent provides some hope to those advocating on behalf of LBGTQ people, it remains to be seen whether the Court will go so far as to afford protections against workplace discrimination in a way that expands the current scope of its previous decisions and current federal laws.

Since the dawn of the 21st century there has been much to celebrate in terms of the expansion of rights for LGBTQ people. However, as of this writing the changes on the federal bench including, the political leanings of the Supreme Court justices, are cause for uncertainty. Nevertheless, within this uncertain context legal advocates for LGBTQ communities have built a strong foundation of law upon which challenges to the status quo will continue to be made.