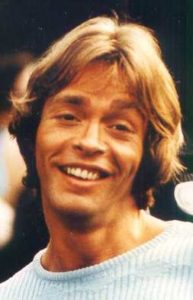 Clinical psychologist George Weinberg, (1972) is credited with coining the term homophobia (Oxford English Dictionary, 1991).  He defined homophobia as the “dread of being in close quarters with homosexuals” (Weinberg, p.4) and suggested that it was a consequence of a variety of factors including the following: religion, fear of being homosexual, repressed envy of the freedom from tradition that gay people seem to have, a threat to values, and fear of death.  According to Weinberg, some heterosexuals seek symbolic immortality through their children. Their belief that gay people don’t want or can’t have children, and are thereby rejecting this route to immortality, leads to existential anxiety or fear of death. In his highly influential book Society and the Healthy Homosexual (published in 1972), as well as in later interviews (Ayyar, 2002), he acknowledged the influence of the gay liberation movement on his thinking. Essays that eventually comprised the chapters of Society and the Healthy Homosexual were published in the gay liberationist magazine Gay, edited by gay liberationist pioneers Jack Nichols and Lige Clarke.  Positioning himself solidly within gay liberationist philosophy, Weinberg suggested that he “would never consider a patient healthy unless he had overcome his prejudice of homosexuality” (1972, p.1).  Psychoanalyst Wainwright Churchill (1967) was also influential to scholarly thinking about sexual prejudice at the time. In his book, Homosexual Behavior among Males, he describes “homoerotophobia”, a concept similar to homophobia, as the psychological consequence of living in an “erotophobic” society, that is, a society that is afraid of the erotic. 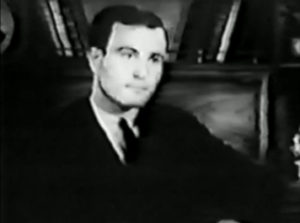 After Weinberg introduced the concept of homophobia, research into the study of attitudes toward LGBTQ people expanded considerably. Kenneth Smith (1971) conducted the first-ever study attempting to measure heterosexuals’ attitudes toward gay men. His work questioned the nature of the homophobic individual. Smith’s homophobia or H-scale was an attempt to measure heterosexuals’ “negative or fearful responding to homosexuality” (p. 1089). Smith found that homophobic people were more “status conscious, authoritarian, and sexually rigid” (p. 1093) than non-homophobic people and concluded that homophobic people may not see homosexuals as comprising a legitimate minority group that is deserving of rights. Most of the items in the H-Scale were ego-defensive in nature, assessing participants’ levels of discomfort with being in the proximity of a homosexual. Items like “It would be upsetting for me to find out I was alone with a homosexual,” “I find the thought of homosexual acts disgusting,” and “If a homosexual sat next to me on a bus I would get nervous” all imply an aversive and affective response possibly due to repressed fear.

According to lesbian feminist writer and theorist Adrienne Rich (1980), compulsory heterosexuality is the assumption that everyone is heterosexual, that heterosexuality is natural for men and women, and that is maintained and reinforced by the patriarchy. This social and political system of male dominance is reinforced by heterosexism, which Herek (1990) described as “an ideological system that denies and stigmatizes any non-heterosexual form of behavior, identity, relationship, or community.” (p. 316).  What results is heteronormativity (Warner, 1991; Cohen, 2005), an attitude and practice which centers the world around heterosexuality, privileging only that which conforms to the norms, practices, and institutions of heterosexuality. Queer theory expands on the implications of heteronormativity. Combined heterosexism and heteronormativity shape the world in which LGBTQ people live, creating minefields of opportunities in their everyday lives to be ignored, invalidated, and sometimes punished for not living up to the standards of heterosexuality.

Many of the traditional milestones of everyday life are influenced by heterosexism and heteronormativity. Think about gender roles and their corresponding attitudes and behaviors, body image, gendered attire and comportment, as well as various developmental milestones such as dating, marriage, career, and parenthood. All of these norms and events are influenced by heterosexism and a corresponding set of heteronormative sexual scripts. These scripts are mental constructions, shaped by culture, that guide individual understanding of relationships and sexual situations (Simon and Gagnon, 1984, Gagnon, 1990). As LGBTQ people attempt to navigate these standards and expectations, they frequently encounter challenges to their well-being. It also important to point out that while the challenges are intense, many are able to do so successfully. 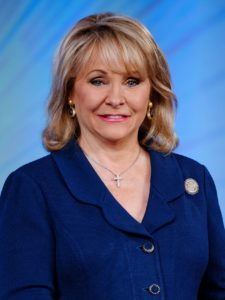 Heterosexism and heteronormativity have cast LGBTQ individuals as morally vacuous, criminal threats, and mentally ill.  Social sanctions existed in most institutions, denying LGBTQ people access to faith communities, education institutions, and even families. Discrimination in employment was the norm, resulting in the need for LGBTQ people to deny or dissemble in places of employment, when seeking housing, or in public.  Even today, 60% of states in the U.S. fail to protect LGBTQ people from employment discrimination. As described in the chapter on relationships and parenting, only in 2015 were same-sex marriages recognized in the U.S., and this occurred through the courts and not through legislation. In addition, marriage equality continues to be challenged, with legislative and judicial efforts to limit the extent to which same-sex unions must be recognized as valid. The rights of LGTBQ people to become or remain parents to children has also seen progress, but remains under siege. For example, in 2018, Oklahoma Governor Mary Fallin signed a bill that allows private adoption agencies to discriminate against LGBTQ couples, allowing them to refuse to place children in LGBTQ families if it “would violate the agency’s written religious or moral convictions or policies” (Fortin, 2018).

Not all acts of discrimination are overt and easily identified, either by the person who is targeted or by witnesses. Microaggressions, which are “brief, daily assaults on minority individuals, which can be social or environmental, verbal or nonverbal, as well as intentional or unintentional” (Sue et al., 2008), have been found to impact the mental health of members of people who are marginalized due to race, ethnicity, gender, and sexuality. Because microaggressions are slight, somewhat indirect, sometimes dismissible, they can be pernicious and difficult to address directly.

Microaggressions have been found to negatively affect mental health, one’s likelihood to access healthcare, and satisfaction with one’s workplace or educational setting. There are different kinds of microaggressions as well. Microassaults occur when someone makes a joke or makes a stereotypical generalization about a person based on their group membership. Microinsults refer to rude and insensitive words and behaviors that devalue or demean someone’s group. Finally, microinvalidations take place when someone is excluded because of their group or their experience as the member of a group is invalidated (Sue et al., 2008).

Although most people deal effectively with the stress of everyday life, sometimes negative life events can be so severe (what psychologists call “major life stressors”) or continue for so long a time (“chronic stressors”) that they can negatively affect mental and physical health (Dohrenwend, 1998; 2000). Members of racial, sexual, and other minority groups who experience stressors as a result of prejudice and discrimination experience what psychologists call minority stress (Meyer, 2003).

LGBTQ minority stress extends beyond the regular stress of everyday life, or the stress that comes from unexpected life events. It is particularly related to the external experiences that LGBTQ people encounter going through life in a heterosexist world, such as discrimination, anti-LGBTQ violence, microaggressions, etc. Research on minority stress also explores the implication of those stressors on LGBTQ peoples’ sense of self and psychological well-being, such as self-esteem, depression, guilt, etc. Research documents how anti-LGBTQ prejudice produces a variety of negative stressors such as isolation, lack of family acceptance, ostracization from peers, lack of resources and opportunities in schools, less attention from teachers, and less validation of LGBTQ peoples’ lives (Massey, 2010). These stressors add up and negatively affect the mental and physical health of LGBTQ people as well (see Frost’s Research Profile, “The Minority Stress Model”).

Because most LGBTQ people grow up in environments that are to some degree heterosexist, most are also likely to internalize some of the anti-LGBTQ messages they encounter along the way. Meyer and Dean (1998) point out that this internalized homophobia can have mental health consequences, and that addressing it is considered an important step in the coming out process. Variables such as community connectedness have been found to help with the process of addressing internalized homophobia (Frost & Meyer, 2012). In their survey of 1093 transgender individuals, Bockting et al. (2013) found that stigma relating to participants’ gender identity and expression contributed to their psychological distress, and that trans community and social support helped to moderate these results. A recent survey of 484 LGB adults (Legate, Weinstein, Ryan, DeHaan & Ryan, 2018) found that parental support of one’s authentic self as a child was associated with lower internalized homophobia and shame as well as better overall psychological health in adults.

New conceptualizations and approaches in the measurement of racism (e.g., symbolic modern, and aversive racism) and attitudes toward women (e.g., ambivalent sexism) were introduced in the 1980s and 1990s (Sears, 1988; McConahay, 1986; Katz & Hass, 1988; Swim, Aikin, Hall & Hunter, 1995; Tougas, Brown, Beaton, & Joly, 1995; Glick & Fiske, 1996). These approaches explained that, as it became more socially undesirable to continue to express old-fashioned prejudice, those old-fashioned forms of prejudice didn’t disappear entirely but went underground and were replaced by more subtle or indirect forms of prejudice. Similarly, in the face of growing social acceptance of LGBTQ people, anti-LGBTQ prejudice is also often expressed subtly, indirectly, and in ways that avoid direct social condemnation. For example, in a study of attitudes toward LGBTQ parenting, Massey, Merriwether, and Garcia (2013) found that people who score high on a measure of modern anti-LGBTQ prejudice will evaluate the parenting of same-sex and opposite-sex parents similarly when both sets of parents are engaged in the same positive parenting behaviors. However, when both sets of parents engage in the same negative parenting behaviors (e.g., losing their temper, slapping their child’s hand, and yelling), those same participants will evaluate the parenting of the same-sex couple more negatively than the opposite-sex parents, suggesting that the parents’ negative conduct provides a subtle and socially acceptable way to express existing anti-LGBTQ prejudice.