Anti-LGBTQ prejudice has been found to highly correlate with a variety of other variables including: age, education, location, religiosity, political party and ideology, and sexual conservatism (Herek, 2007). Personality has also been found to correlate with anti-LGBTQ prejudice. People who score higher on Right Wing Authoritarianism, who tend to be more deferential to authority figures, see the world in moral absolutes, and are punitive toward those who transgress social norms, also tend to hold more negative attitudes toward LGBTQ people (Whitley & Lee, 2000). In addition, gender and gender role beliefs have also been found to predict attitudes toward LGBTQ people (Herek, 2007).

Interestingly, these gender role stereotypes have been found to relate to both negative and positive attitudes towards lesbians and gay men. Massey (2010) asked undergraduate students to list all the positive and negative things they’d heard about gay men and lesbians. Participants, as expected, listed a wide range of negative beliefs about gay men and (albeit fewer) about lesbians. When asked to list all the positive things they’d heard, they were able to provide a list of beliefs about gay men, and significantly fewer beliefs about lesbians. A content analysis of their responses revealed that gender role transgressions were found in both the negative and positive content. A companion study found that these positive beliefs predicted more favorable attitudes towards lesbians and gay men (Massey, 2009). 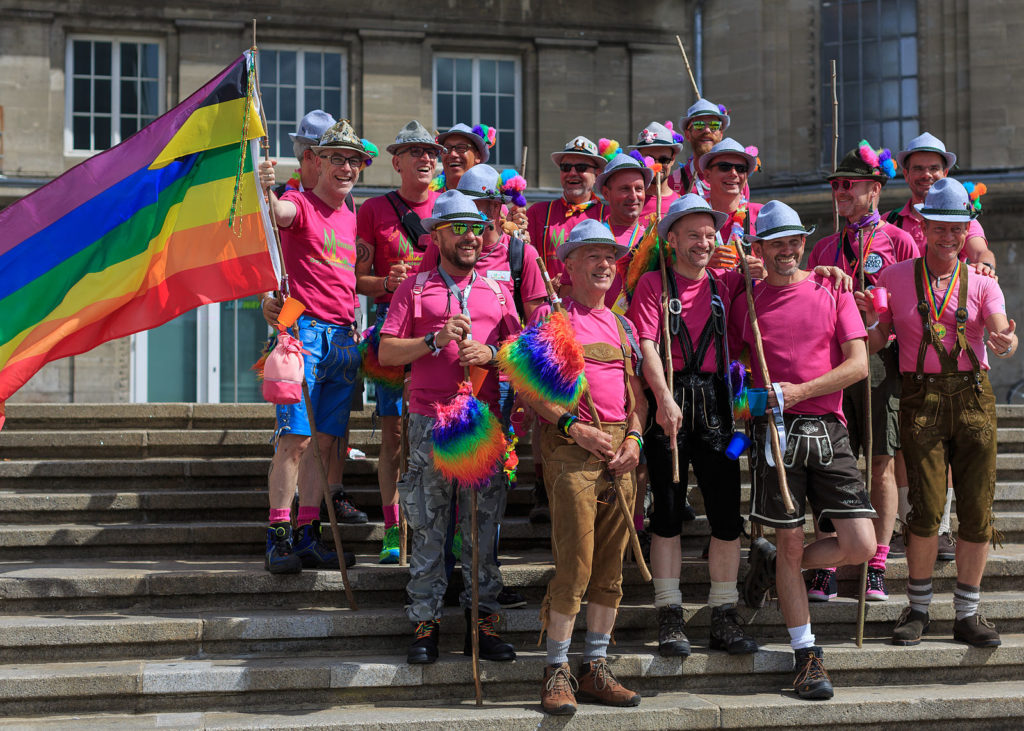 Participants at the Cologne Pride Parade 2014.

The contact hypothesis is the idea that contact between groups can improve group relations and reduce prejudice; it was introduced by Allport in 1954 (Pettigrew, 1998). Allport argued that this contact needed to take place in particular situational contexts in which the groups have equal status, that the groups share a set of common goals, are working cooperatively, and have the opportunity to develop emotional connections and empathy (Pettigrew, 1998; Hill-Collins, 1990). Allport also suggested that there should be support for cooperation and acceptance from authorities or powers that be; the contact must provide information to counter the negative beliefs about the group that is frequent, consistent, and can be generalized; and that the contact discourage rationalizing the new information as being a special case or subtype of the group (Pettigrew; Rothbart & John, 1985). It is interesting to note that although prejudice and the threat of discrimination can serve to reduce the possibility of contact between heterosexuals and members of the LGBTQ community, heterosexuals with more contact with LGBTQ people have been found to hold more favorable attitudes (Pettigrew & Tropp, 2006; Herek & McLemore, 2013).