The Benefits and Risks of Coming Out

The gay liberation movement of the 1970s advocated for “coming out” as an LGBTQ person as an important strategy of political change and personal fulfilment. This concept is illustrated in this now famous quote by the late San Francisco Supervisor, and hero of the LGBTQ rights movement, Harvey Milk: 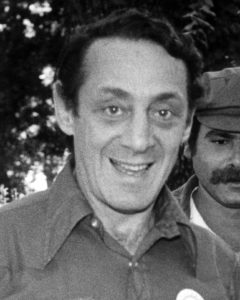 The benefit and buffering effects of coming out have been well established in the literature (Stirratt, Meyer, Ouellette, Gara, 2007; Cass, 1984; Troiden, 1989). Meyer’s LGBTQ Minority Stress model (see Frost, this volume) connects minority identification with positive outcomes in terms of coping and social support resources necessary to address minority stress, but it also highlights how minority identification is related to minority stressors within the individual such as expectations of rejection, concealment, and internalized homophobia. In addition, identification and community connectedness can increase visibility, which may increase vulnerability to things like employment discrimination, harassment, and violence (Meyer, 2003).

Historians and other social scientists have also suggested that the increased visibility of LGBTQ people was a critical element in the formation of LGBTQ communities and the progress of the LGBTQ rights movements (D’Emilio, 1983; Chauncey, 1995). Herek’s and Allport’s contact hypothesis (Herek & Capitanio, 1996; Allport, 1956), Harvey Milk’s rallying cry of “Come on out!” (Shiltz, 1982), and research that highlights the importance of role models and positive representatives in various forms of media (GLAAD, 2016; Craig, McInroy, McCready, Alaggia, 2015; Forenza, 2017), all suggest that coming out, and increasing the visibility of LGBTQ people, is an important and often positive strategy for improving social attitudes (Levina, Waldo, Fitzgerald, 2000). As stated earlier in this chapter, increased visibility does come with risks. However, positive contact between heterosexuals and LGBTQ people has been found to result not only in positive attitude change, but also in the possibility of increasing the dominant group’s identification with the marginalized, creating the possibility of allyship—the mobilization of heterosexuals to work toward change benefiting the LGBTQ community (Reimer et al., 2017). As intergroup and interpersonal contact, as well as subsequent social networks, continue to expand into the virtual world through online communities, social networking, hookup and dating apps , it is likely that these forms of social interaction will continue to shape beliefs about and attitudes toward LGBTQ people, create new contexts for minority stress, and also expand possibilities for social support and the resources available to LGBTQ people.