In his book The Nature of Prejudice (1954), psychologist Gordon Allport describes prejudice as “…antipathy based on faulty and inflexible generalization. It may be felt or expressed. It may be directed toward a group or an individual of that group” (p. 9)  Put simply, prejudice is when someone holds a negative view of (or attitude toward) others without having any reason, or experience, that justifies their negative view. Discrimination is when someone acts on their prejudice by engaging in behaviors that do harm to, or disadvantage, that person or group, or when someone favors their own group at the expense of the other group (Dovidio, Hewstone, Glick, & Esses, 2010).  Prejudice toward LGBTQ people has been found to result in various types of discrimination, including anti-LGBTQ violence, bullying and harassment in schools, employment discrimination against LGBTQ people, and limited access to healthcare and other social goods. 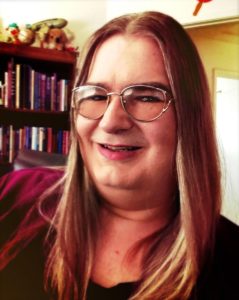 Gwendolyn Smith, the transgender activist, writer, and graphic designer who founded the Transgender Day of Remembrance.

According to the National Coalition of Anti-Violence Programs (NCAVP 2016), 1,036 incidents of LGBTQ hate violence were reported in 2016. Of those targeted by this violence, 47% identified as gay, 17% identified as lesbian, 14% identified as heterosexual, 8% identified as queer, and 8% identified as bisexual.  Over half of those targeted in these incidents were identified as transgender and 61% identified as a person of color. That same year, NCAVP reported 77 hate violence related homicides against LGBTQ and HIV affected people.  Of these homicides, 49 occurred during the Pulse Nightclub shooting in Orlando Florida. Even without considering the Pulse shootings, 2016 saw a 17% increase in anti-LGBTQ homicides from 2015.  Of these homicides, 79% of the victims were people of color, and 68% were transgender and/or gender non-conforming. In 1998, Gwendolyn Ann Smith established November 20th as Trans Day of Remembrance as a time to speak the names of all the transgender individuals who were killed in anti-trans violence over the previous year.

This violence isn’t isolated to a particular part of the county. The Anti-Defamation League has tracked the incidence of hate crimes across the country and provides an interactive map showing hate crimes involving both sexual orientation and gender identity. A quick glance at the map shows hate crimes against LGBTQ folks happen everywhere in all 50 states (see https://www.adl.org/adl-hate-crime-map and www.hrc.org/state-maps/hate-crimes). Unfortunately, these statistics are likely an underrepresentation of the crimes that actually occur. Many victims of hate crimes are hesitant to come forward — because of fear of being outed to family, friends and co-workers, fear of retaliation if they do, and/or the belief that coming forward won’t result in positive change (Wilson, 2014; Pezzella, Fetzler, & Keller, 2019). For more information on the history of hate crimes in the U.S., see Rotramel’s “Anti-LGBTQ Hate Crimes in the United States: Histories and Debates” in this textbook.

Anti-LGBT prejudice also contributes to the harassment, bullying, and victimization of LGBTQ youth in schools and online. This harassment, bullying, and victimization has been found to contribute to lower self-esteem, poorer academic performance, and increased truancy among LGBT youth (Kosciw, Palmer, Kull, & Greytak, 2013).  In addition, it has been found to lead to feeling less connected to school and achievement goals (Pearson, Muller, & Wilkinson, 2007) and to correlate with higher levels of depression, more suicidal thoughts and attempts, increased substance use, and more sexual risk taking (Toomey, Ryan, Diaz, Card, & Russell, 2010). 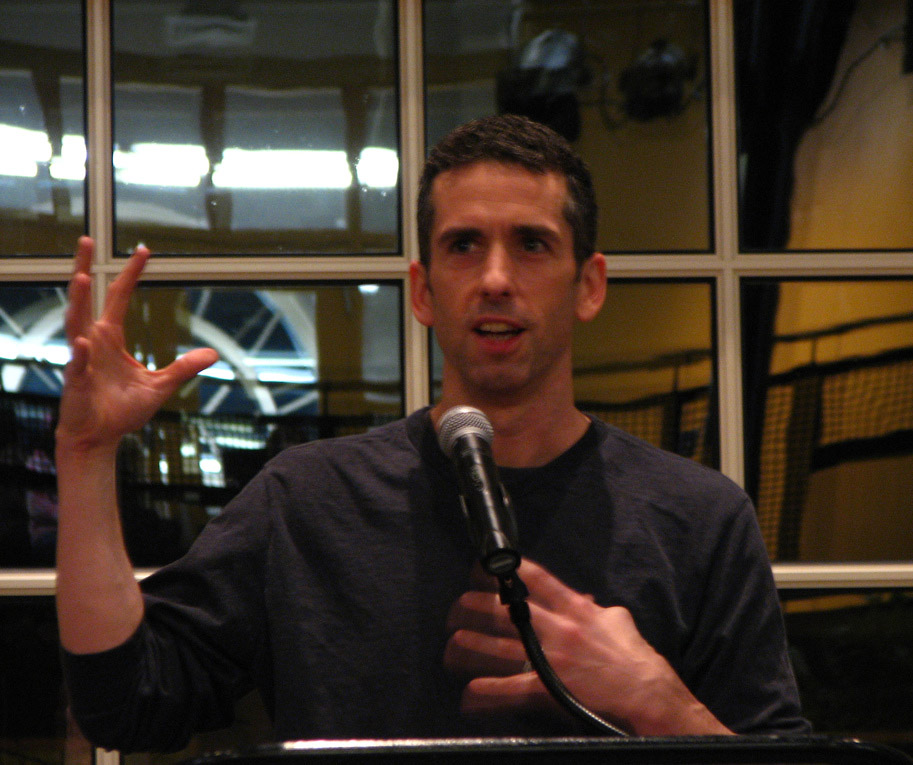 Dan Savage, the cofounder of the It Gets Better project speaking IWU at their Gender Issues Week events.

Some states have passed laws in an attempt to protect LGBT students from this harassment, bullying, and violence in their schools. One example is New York State’s “Dignity for All Students Act” (DASA), which was implemented in 2012.  The goal of the bill was to provide students with school environments that are free of discrimination and harassment based on gender, race, religion, sexual orientation or gender identity (New York State Department of Education, 2019). The legislation provides a variety of guidelines for students, teachers, and schools and a zero-tolerance policy regarding bullying in schools (see chapter on LGBTQ Youth & Education). Unfortunately, many schools have failed to implement key components of DASA, lack staff with adequate knowledge about DASA requirements, or failed to adequately track and report incidents of harassment and bullying that fall within the guidelines (New York State Comptroller, 2017).

Another resource for LGBTQ+ youth is the “It Gets Better Project” (https://itgetsbetter.org), founded in 2010 by Dan Savage and his partner Terry Miller. This nonprofit organization attempts to “uplift, empower, and connect lesbian, gay, bisexual, transgender, and queer youth around the globe” by educating about the negative effects of bullying and harassment and working to counter its negative effects on the self-esteem, providing role models and more recently community based service providers for LGBTQ youth.

Anti-LGBTQ prejudice can also lead to employment discrimination. According to the survey of LGBT Americans mentioned earlier (Chan, 2017), 20% of LGBTQ respondents reported experiencing employment discrimination when applying for a job and in terms of compensation and promotions (Chan, 2017). These results are even worse for LGBTQ people of color. Although some states have passed employment non-discrimination laws that protect LGBTQ people, many only offer protections based on sexual orientation, and as of 2019 there are still 17 states that offer no protections.

In 2011, the 11th Circuit Court of Appeals upheld a lower court’s determination that federal sex discrimination law also protects transgender and gender non-conforming people against discrimination. A similar ruling in 2017 by the 7th Circuit Court of Appeals ruled that these protections should also be applied to LGB people. Although these interpretations are being challenged, some states (most recently New York) and local municipalities, offer explicit protections for LGBT individuals.

The “Employment Non-Discrimination Act” (or ENDA), a bill that would protect LGB and T (Transgender) people from employment discrimination, has been introduced in Congress every year since 1994. However, as support for ENDA has increased, so have the claims that these protections would violate the religious freedom of those who see homosexuality as a sin, resulting in the addition of religious exemption language in versions of the bill. These exemptions concern many longtime advocates for LGBTQ rights, who argue that they effectively allow religious organizations to discriminate against LGBTQ individuals. Some groups, like Lambda Legal, have even pulled their support for the legislation for this reason.

Prejudice can also have an impact on the healthcare one receives. For example, in a 2017 survey conducted by the Center for American Progress (Mirza & Rooney, 2018), 8% of gay, lesbian, and bisexual respondents reported being denied service by a doctor or healthcare provider; 7% reported that doctors had refused to recognize their same-sex partner or child; 9% reported that providers had used abusive language; and 7%  experienced unwanted physical contact by a doctor or healthcare provider. A significantly larger percentage of transgender respondents reported being denied service (29%), had doctors refuse to provide care related to gender transition (12%), intentionally misgendered them (23%), used abusive language (21%), or had experienced unwanted physical contact (29%).

As discussed in detail in chapter 8, efforts to reform the views and practices of the psychological and medical communities have been ongoing. For example, the American Psychiatric Association removed homosexuality from the list of mental illnesses documented in the DSM (Diagnostic and Statistical Manual) in 1973 (Bayer, 1981), the American Psychological Association has taken a LGBTQ-affirmative stance since 1975 (https://www.apa.org/topics/lgbt/orientation), and the American Academy of Pediatricians published a statement in 2013, saying that LGB adolescents need healthcare that is “teen-friendly and welcoming to sexual minority youth” (Committee on Adolescence, 2013).  Nonetheless some mental and physical health practitioners still believe that homosexuality is a disorder  (Institutes of Medicine, 2011), as do some members of the general public.