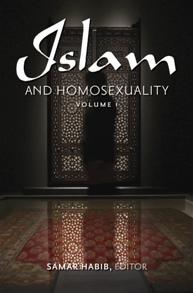 Possibly the most comprehensive (and longest) anthology on sexuality and faith across the religions of the world, Stephen Hunt’s Religion and LGBTQ Sexualities is comprised of both personal essays and theological reflections from members of a wide range of faith traditions (including Roman Catholic, Muslim, Buddhist, Pagan, Jewish, and Unitarian Universalist voices), as well as sociological, psychological, and ethnographic scholarly analysis. With its unparalleled breadth, this anthology serves as an almost-encyclopedic resource, while authors write in a clear and accessible way that makes it indispensable for student readers and newcomers to the area.

An anthology of personal essays and political analysis, Queer Jews encompasses a variety of personal perspectives from academics, rabbis, congregants of faith communities, and those who identify as secular, on what it means to be Jewish and gay, lesbian, bisexual, and transgender. Queer Jews was a finalist for the Lambda Literary Award, and is one of the most-cited academic books on the subject of queer Jewish identities.

This is an anthology of essays by contemporary gay, queer, and transgender Christians, mostly living in the United States, on reconciling their faith traditions with their genders and sexualities, as well as living into their faiths with special emphasis on embracing their full identities. Many of the authors are prominent leaders in faith and advocacy organizations (such as Bishop Yvette Flunder and Sister Carol Bernice), while others are academics in Theology and related disciplines (such as Jennifer Harvey, Mary Hunt, and Anthony Petro), making for a wide array of award-winning voices and accomplished activists encompassed in this volume.

A collection of ethnographic articles and essays, Gay Religion is an assemblage of perspectives on gay, lesbian, transgender, and [some] bisexual experience in a variety of religious cultures, identities, and expressions, mostly situated in the United States, and mostly with a generally positive outlook towards LGBT expressions of faith in its many variations. Including chapters from scholars who take a sociological approach, such as award-winning Sociology of Religion author Melissa Wilcox, Gay Religion provides both personal reflection and broad social-science overviews of this immense topic.

One of the only books that focuses attention on religious queerness as such (as opposed to gayness, transness, etc.) across a broad variety of faith expressions, Queering Religion, Religious Queers deals with the particularity of queer identity and queer modes of critical thought and methodology, particularly in breaking down binary frameworks–such as the often-presumed bifurcation between religion and queerness–in the study of LGBTQ faith expressions around the world (though most authors are situated in the U.S. and United Kingdom). Of particular note are independent researcher Asifa Siraj’s chapter on Islam and homosexuality, and Shaminder Takhar’s chapter on sexuality in Hinduism.

One of the first (if not THE first) journals dedicated to the study of gender and religion specifically, Religion & Gender is an Open Access scholarly journal that “seeks to investigate gender at the intersections of feminist, sexuality, queer, masculinity and diversity studies.” With an international approach and an academic mission, Religion & Gender seeks to be accessible to audiences outside the academic mainstream while maintaining top quality peer-reviewed scholarly content.

A rigorously peer-reviewed scholarly journal operating since 1994, Theology & Sexuality aims to publish research in the theological study of sexuality and gender issues, including in the areas of ethics and counselling. This journal features Christian theological perspectives as well as those from other traditions, and thanks to its long-running publication, has featured several award-winning scholars and experts in the fields of Religious Studies, Theology, History and other disciplines over multiple decades.

Trembling Before G-d examines attitudes towards homosexuality in both Orthodox and Conservative Jewish communities, through interviews and home visits with several subjects in the U.S. and Israel, and includes topics such as coming out, attending religious schools and synagogues, parental attitudes, “conversion therapy” treatments, and gay parenting. Both a critical and a box-office hit, this groundbreaking documentary has achieved worldwide acclaim, having received a GLAAD Media Award and a nomination for the Sundance Film Festival Grand Jury Prize. 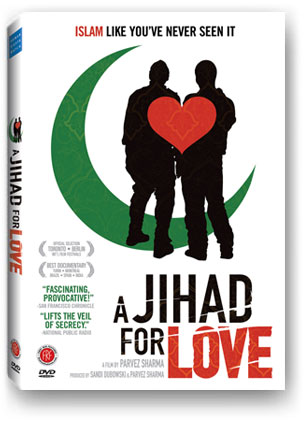 A Jihad for Love directed by Parvez Sharma

Filming mostly in secret, director and Guggenheim Fellowship recipient Parvez Sharma depicts the daily lives of lesbian and gay muslims in various countries including Egypt, France, Pakistan and South Africa, showing the wide range of geographic and cultural complexities in which homosexuality and Islamic faith intersect, in this GLAAD Media Award-winning documentary.

The Blog by Austen Hartke

Austen Hartke is a young transgender Christian man whose book Transforming: The Bible and the Lives of Transgender Christians was published in 2018 (Westminster John Knox Press) to wide acclaim in the fields of Theology and Biblical Studies, and has become a key resource for gay- and queer- and trans-affirming churches in the United States. He publishes his blog “The Blog” (featuring essays, liturgical content such as renaming ceremonies, sermons, book reviews, and more) via his website, austenhartke.com. The site also showcases resources for trans adults and children, their families, and their faith communities, as well as videos from Hartke’s YouTube channel “Transgender and Christian” (he is on YouTube, Twitter, and other platforms as @AustenLionheart).

In this podcast, host Matthias Roberts (who has Masters degrees in Theology and Counseling, and identifies as Christian and gay) interviews queer people of faith–theologians, psychologists, musicians, artists, and individuals of various faith traditions–about spirituality and LGBTQ advocacy. With thousands of listeners and followers on social media (he is on Twitter and other platforms as @MatthiasRoberts), Roberts and his podcast have quickly gained popularity in the past two years, especially in the wake of interviews with celebrities such as Grammy Award-winning folk rock musician Jennifer Knapp.

The Center for LGBTQ and Gender Studies in Religion (CLGS)

Situated within the Pacific School of Religion in Berkeley, California, the Center for LGBTQ and Gender Studies in Religion (CLGS) is an academic organization that runs a multitude of programs in education, advocacy, fellowship, and research–including support for the invaluable LGBT Religious Archives Network of personal papers and organizational records from lesbian, gay, bisexual and transgender religious movements–under the leadership of noted activist, scholar, and faith leader Rev. Dr. Justin Tanis, whose book Transgendered: Ministry, Theology, and Communities of Faith was a finalist for the Lambda Literary Award in 2003.

Keshet is the only organization in the U.S. whose mission is to advocate and collaborate towards “full equality of all LGBTQ Jews and our families in Jewish life.” With offices in New York, Boston, and San Francisco, Keshet’s nationwide efforts and campaigns include working with local organizations to create programs, resources, and events that promote affirming practices and advance LGBTQ rights within communities, as well as political advocacy and activism at the state and national scales.

The Freedom Center for Social Justice

With advocacy, community education, and faith-based organizing, The Freedom Center for Social Justice describes itself as  “a culture-shifting organization committed to the growth, safety, and empowerment of marginalized populations.” Situated in North Carolina, the Freedom Center’s efforts are directed primarily towards communities in the southern United States, and particularly towards resources and programs supporting LGBTQ youth of color, under the leadership of activist and faith leader Bishop Tonyia M. Rawls, who currently serves as Executive Director.

One of the largest advocacy organizations in the field, the Human Rights Campaign (HRC) has a specific program dedicated to faith communities and LGBT justice: the Religion & Faith Program. Through this program, HRC advocates for political change and publishes guides for faith communities, videos, and posts on its website. The Religion & Faith Program’s Coming Home to Self series contains bibliographies and lists of recommended books, advocacy organizations, and online resources for readers to explore.

Formed in 2016, the Muslim Alliance for Sexual and Gender Diversity (MASGD) is a relatively new organization that is quickly gaining visibility in the press (four of its steering committee members were among the “21 Muslims Changing the World” highlighed in The Advocate in 2016). The Muslim Alliance works to “support, empower, and connect LGBTQ Muslims,” through publications, developing social and collaborative programs such as retreats, and providing a directories of resources such as queer-affirming mental health care providers.

One of the largest multifaith LGBTQ advocacy groups, and possibly the single religious organization that is currently dedicating the greatest amount of resources to programming around bisexuality in the U.S., Religious Institute staff collaborate with schools, faith communities, and local activist groups to develop educational resources, publications, and campaigns around “sexual, gender, and reproductive health, education, and justice in faith communities and society,” led by President and CEO Rev. Marie Alford-Harkey.

The largest organization in the country dedicated exclusively to supporting transgender, genderqueer, and gender-nonconforming persons in faith and spirituality, Transfaith is a nonprofit organization that promotes the full inclusion of trans leaders and members of faith communities. They provide literature, support, conference planning, fiscal sponsorship, and educational programming through the Transfaith Institute, and the staff at Transfaith engage in impactful activism and impassioned media content-creation.