The previous sections explored the significance of disrupting gender and sexual norms by outlining vital queer theoretical interventions into oppressive ideas about gender and sexuality. This section further establishes the importance of antinormativity to queer theory by discussing queer critiques of capitalism, nationalism, liberalism, and assimilation.

In the 2000s, groups like the Human Rights Campaign (HRC), which takes a formal rights approach to securing legal protections for LGBTQ persons, experienced many successes (Campaign n.d.). For instance, Don’t Ask, Don’t Tell (DADT), a policy of forced silence about sexuality for gay, lesbian, and bisexual servicepersons instituted by the Clinton Administration in 1993, was repealed in 2011. Additionally, as of June 26, 2015 same-sex marriage is legal in the United States. Although inclusion in these institutions is contingent, precarious, and not evenly distributed among all members of the LGBTQ community, these two shifts in policy secured access and rights for some LGBT persons; specifically, white middle-class gay men for who marriage equality has often been a primary political concern. 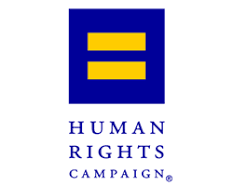 Queer critics of the HRC maintain that the organization has a limited vision of human rights, is pro-capitalist, and supports bills that fail to include transgender persons, for example the 2007 Employment Non-Discrimination Act (ENDA). For queers invested in transformative justice-oriented politics the assimilationist strategies employed by liberal LGBT organizations typified by the HRC stand in the way of meaningful social change.  In other words, many queer theorists and activists are concerned that emphasizing single-issues (marriage or the military) and pivoting LGBT politics around inclusion into existing institutions, diminishes the radical potential of queer thought and action. The desire for radical social change that is central to the queer theoretical project will be discussed further in the next section.

Lisa Duggan coined the term homonormativity to describe the activist work of groups like the HRC. Duggan describes neoliberalism as: “a politics that does not contest dominant heteronormative assumptions and institutions but upholds and sustains them while promising the possibility of a demobilized gay constituency and a privatized, depoliticized gay culture anchored in domesticity and consumption” (2002, 179). In other words, groups like the HRC represent the interests of middle-class gay white men whose privilege provides them cover to access social institutions and benefit from assimilation in ways unavailable or undesirable to other members of the LGBTQ community. For instance, a primary benefit of marriage is access to health insurance, but one partner must have health insurance for marriage to help a couple in this way. Job discrimination, housing discrimination, street harassment, and access to identification documents are central to the politics of queers of color as well as women and lower income members of the LGBTQ community. Many are critical that groups like the HRC have become representative voices of the LGBTQ community and are failing to represent its most vulnerable members.

Read this article from Afropunk, “Growing Up Queer: A Brief Lesson on Hetero- and Homonormativity” by Genderbent

Published only a few years after Duggan’s work on homonormativity and neoliberalism, Jasbir Puar’s Terrorist Assemblages: Homonationalism in Queer Times (2007, xii), confirms that some queer subjects have been incorporated into US national life as valued citizens (2007, xii). However, according to Puar, “This benevolence towards sexual others is contingent upon ever-narrowing parameters of white racial privilege, consumption capabilities, gender and kinship normativity, and bodily integrity” (2007, xii). Even more, Puar argues that welcoming some queers into national life requires queerness to be projected onto other bodies. She suggests that the deviancy and abjection previously associated with gay and lesbian sexualities is redirected to brown Muslim bodies and instrumentalized to justify the “War on Terror.” In other words, the US appeals to its tolerance of some queers to construct itself as civil and progressive. It then attaches sexual backwardness and violent homophobia to Islamic nations.

Pride Denied is an upcoming film from Toronto activists and artists that calls for a return to a political Pride Festival.

Beyond critiquing dominate strategies of rights-based activism, queer theorists are envisioning ways to achieve radical social change form an intersectional lens that incorporates an analysis of race, class, gender, and sexuality. This work takes on the difficult task of accounting for difference in intellectual and activist work.