A Learning Disability (or LD) is a specific impairment of academic learning that interferes with a specific aspect of schoolwork and that reduces a student’s academic performance significantly. A LD shows itself as a major discrepancy between a student’s ability and some feature of achievement: The student may be delayed in reading, writing, listening, speaking, or doing mathematics, but not in all of these at once. A learning problem is not considered a learning disability if it stems from physical, sensory, or motor handicaps, or from generalized intellectual impairment. It is also not an LD if the learning problem really reflects the challenges of learning English as a second language. Genuine LDs are the learning problems left over after these other possibilities are accounted for or excluded. Typically, a student with an LD has not been helped by teachers’ ordinary efforts to assist the student when he or she falls behind academically, though what counts as an “ordinary effort”, of course, differs among teachers, schools, and students. Most importantly, though, an LD relates to a fairly specific area of academic learning. A student may be able to read and compute well enough, for example, but not be able to write. LDs are by far the most common form of special educational need, accounting for half of all students with special needs in the United States and anywhere from 5 to 20 per cent of all students, depending on how the numbers are estimated (United States Department of Education, 2005; Ysseldyke & Bielinski, 2002). Students with LDs are so common, in fact, that most teachers regularly encounter at least one per class in any given school year, regardless of the grade level they teach.

These difficulties are identified in school because this is when children’s academic abilities are being tested, compared, and measured. Consequently, once academic testing is no longer essential in that person’s life (as when they are working rather than going to school) these disabilities may no longer be noticed or relevant, depending on the person’s job and the extent of the disability.

Dyslexia is one of the most commonly diagnosed disabilities and involves having difficulty in the area of reading. This diagnosis is used for a number of reading difficulties. Common characteristics are difficulty with phonological processing, which includes the manipulation of sounds, spelling, and rapid visual/verbal processing. Additionally, the child may reverse letters, have difficulty reading from left to right, or may have problems associating letters with sounds. It appears to be rooted in neurological problems involving the parts of the brain active in recognizing letters, verbally responding, or being able to manipulate sounds. Recent studies have identified a number of genes that are linked to developing dyslexia (National Institute of Neurological Disorders and Stroke, 2016). Treatment typically involves altering teaching methods to accommodate the person’s particular problematic area.

Dysgraphia or a writing disability, is often associated with dyslexia (Carlson, 2013). There are different types of dysgraphia, including phonological dysgraphia when the person cannot sound out words and write them phonetically. Orthographic dysgraphia is demonstrated by those individuals who can spell regularly spelled words, but not irregularly spelled ones. Some individuals with dysgraphia experience difficulties in motor control and experience trouble forming letters when using a pen or pencil. 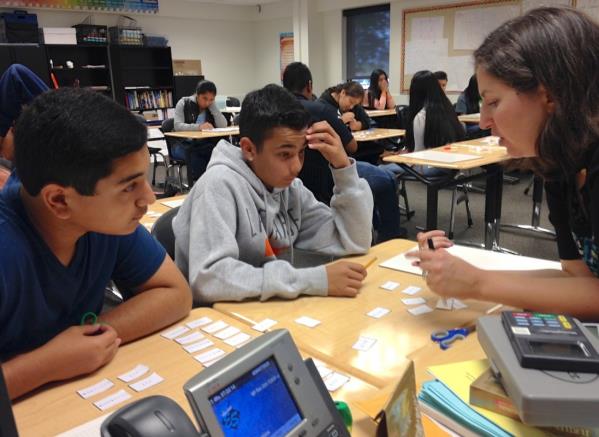 Dyscalculia refers to problems in math. Cowan and Powell (2014) identified several terms used when describing difficulties in mathematics including dyscalculia, mathematical learning disability, and mathematics disorder. All three terms refer to students with average intelligence who exhibit poor academic performance in mathematics. When evaluating a group of third graders, Cowan and Powell (2014) found that children with dyscalculia demonstrated problems with working memory, reasoning, processing speed and oral language, all of which are referred to as domain-general factors. Additionally, problems with multi-digit skills, including number system knowledge, were also exhibited.

A child with Attention Deficit Hyperactivity Disorder (ADHD) shows a constant pattern of inattention and/or hyperactive and impulsive behavior that interferes with normal functioning (American Psychological Association (APA), 2013). Some of the signs of inattention include great difficulty with, and avoidance of, tasks that require sustained attention (such as conversations or reading), failure to follow instructions (often resulting in failure to complete school work and other duties), disorganization (difficulty keeping things in order, poor time management, sloppy and messy work), lack of attention to detail, becoming easily distracted, and forgetfulness. Hyperactivity is characterized by excessive movement, and includes fidgeting or squirming, leaving one’s seat in situations when remaining seated is expected, having trouble sitting still (e.g., in a restaurant), running about and climbing on things, blurting out responses before another person’s question or statement has been completed, difficulty waiting one’s turn for something, and interrupting and intruding on others. Frequently, the hyperactive child comes across as noisy and boisterous. The child’s behavior is hasty, impulsive, and seems to occur without much forethought; these characteristics may explain why adolescents and young adults diagnosed with ADHD receive more traffic tickets and have more automobile accidents than do others their age (Thompson, Molina, Pelham, & Gnagy, 2007). 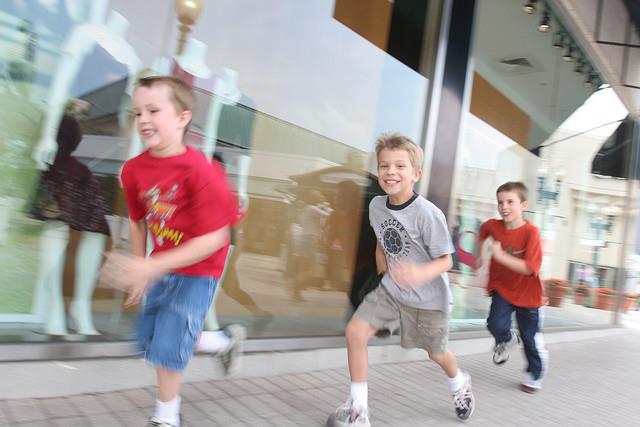 ADHD occurs in about 5% of children (APA, 2013). On the average, boys are 3 times more likely to have ADHD than are girls; however, such findings might reflect the greater propensity of boys to engage in aggressive and antisocial behavior and thus incur a greater likelihood of being referred to psychological clinics (Barkley, 2006). Children with ADHD face severe academic and social challenges. Compared to their non-ADHD counterparts, children with ADHD have lower grades and standardized test scores and higher rates of expulsion, grade retention, and dropping out (Loe & Feldman, 2007). They also are less well- liked and more often rejected by their peers (Hoza et al., 2005).

ADHD can persist into adolescence and adulthood (Barkley, Fischer, Smallish, & Fletcher, 2002). A recent study found that 29.3% of adults who had been diagnosed with ADHD decades earlier still showed symptoms (Barbaresi et al., 2013). Somewhat troubling, this study also reported that nearly 81% of those whose ADHD persisted into adulthood had experienced at least one other comorbid disorder, compared to 47% of those whose ADHD did not persist. Additional concerns when an adult has ADHD include: Worse educational attainment, lower socioeconomic status, less likely to be employed, more likely to be divorced, and more likely to have non-alcohol-related substance abuse problems (Klein et al., 2012).

Causes of ADHD: Family and twin studies indicate that genetics play a significant role in the development of ADHD. Burt (2009), in a review of 26 studies, reported that the median rate of concordance for identical twins was .66, whereas the median concordance rate for fraternal twins was .20. The specific genes involved in ADHD are thought to include at least two that are important in the regulation of the neurotransmitter dopamine (Gizer, Ficks, & Waldman, 2009), suggesting that dopamine may be important in ADHD. Indeed, medications used in the treatment of ADHD, such as methylphenidate (Ritalin) and amphetamine with dextroamphetamine (Adderall), have stimulant qualities and elevate dopamine activity. People with ADHD show less dopamine activity in key regions of the brain, especially those associated with motivation and reward (Volkow et al., 2009), which provides support to the theory that dopamine deficits may be a vital factor in the development this disorder (Swanson et al., 2007).

Brain imaging studies have shown that children with ADHD exhibit abnormalities in their frontal lobes, an area in which dopamine is in abundance. Compared to children without ADHD, those with ADHD appear to have smaller frontal lobe volume, and they show less frontal lobe activation when performing mental tasks. Recall that one of the functions of the frontal lobes is to inhibit our behavior. Thus, abnormalities in this region may go a long way toward explaining the hyperactive, uncontrolled behavior of ADHD.

Many parents attribute their child’s hyperactivity to sugar. A statistical review of 16 studies, however, concluded that sugar consumption has no effect at all on the behavioral and cognitive performance of children (Wolraich, Wilson, & White, 1995). Additionally, although food additives have been shown to increase hyperactivity in non-ADHD children, the effect is rather small (McCann et al., 2007). Numerous studies, however, have shown a significant relationship between exposure to nicotine in cigarette smoke during the prenatal period and ADHD (Linnet et al., 2003). Maternalsmokingduringpregnancy is associated withthe development of moreseveresymptoms ofthedisorder(Thakuretal., 2013).

Treatment for ADHD: Recommended treatment for ADHD includes behavioral interventions, cognitive behavioral therapy, parent and teacher education, recreational programs, and lifestyle changes, such as getting more sleep (Clay, 2013). For some children medication is prescribed. Parents are often concerned that stimulant medication may result in their child acquiring a substance use disorder. However, research using longitudinal studies has demonstrated that children diagnosed with ADHD who received pharmacological treatment had a lower risk for substance abuse problems than those children who did not receive medication (Wilens, Fararone, Biederman, & Gunawardene, 2003). The risk of substance abuse problems appears to be even greater for those with ADHD who are un-medicated and also exhibit antisocial tendencies (Marshal & Molina, 2006).

Is the prevalence rate of ADHD increasing? Many people believe that the rates of ADHD have increased in recent years, and there is evidence to support this contention. In a recent study, investigators found that the parent-reported prevalence of ADHD among children (4–17 years old) in the United States increased by 22% during a 4-year period, from 7.8% in 2003 to 9.5% in 2007 (CDC, 2010). ADHD may be over-diagnosed by doctors who are too quick to medicate children as a behavior treatment. There is also greater awareness of ADHD now than in the past. Nearly everyone has heard of ADHD, and most parents and teachers are aware of its key symptoms. Thus, parents may be quick to take their children to a doctor if they believe their child possesses these symptoms, or teachers may be more likely now than in the past to notice the symptoms and refer the child for evaluation. Further, the use of computers, video games, iPhones, and other electronic devices has become pervasive among children in the early 21st century, and these devices could potentially shorten children’s attentions spans. Thus, what might seem like inattention to some parents and teachers could simply reflect exposure to too much technology.