Erikson and Psychosocial Theory: Now, let’s turn to a less controversial psychodynamic theorist, Erik Erikson. Erikson presents eight developmental stages that encompass the entire lifespan. For that reason, Erikson’s psychosocial theory forms the foundation for much of our discussion of psychosocial development.

Erikson (1950) proposed a model of lifespan development that provides a useful guideline for thinking about the changes we experience throughout life. Erikson broke with Freud’s emphasis on sexuality as the cornerstone of social-emotional development and instead suggested that social relationships fostered development.

Erikson proposed that each period of life has a unique challenge or crisis that the person who reaches it must face, referred to as psychosocial crises. According to Erikson, successful development involves dealing with and resolving the goals and demands of each of these psychosocial crises in a positive way. (These crises are usually called stages, although that is not the term Erikson used.) If a person does not resolve a stage successfully it may hinder their ability to deal with later stages. For example, the person who does not develop a sense of trust (Erikson’s first stage) may find it challenging as an adult to form a positive intimate relationship (Erikson’s sixth stage). Or an individual who does not develop a clear sense of purpose and identity (Erikson’s fifth stage) may become self-absorbed and stagnate rather than working toward the betterment of others (Erikson’s seventh stage). However, most individuals are able to successfully complete the eight stages of his theory (See Table 1.3).

Erikson’s theory has been criticized for focusing so heavily on stages and assuming that the completion of one stage is prerequisite for the next crisis of development. His theory also focuses on the social expectations that are found in certain cultures, but not in all. For instance, the idea that adolescence is a time of searching for identity might translate well in the middle-class culture of the United States, but not as well in cultures where the transition into adulthood coincides with puberty through rites of passage and where adult roles offer fewer choices.

Learning Theory: Also known as Behaviorism, is based on the premise that it is not possible to objectively study the mind, and therefore psychologists should limit their attention to the study of behavior itself. The most famous behaviorist was Burrhus Frederick (B. F.) Skinner (1904– 1990), who expanded the principles of behaviorism and also brought them to the attention of the public at large. Skinner used the ideas of stimulus and response, along with the application of rewards or reinforcements, to train pigeons and other animals. In addition, he used the general principles of behaviorism to develop theories about how best to teach children and how to create societies that were peaceful and productive (Skinner, 1957, 1968, 1972).

The behaviorists made substantial contributions to psychology by identifying the principles of learning. Although the behaviorists were incorrect in their beliefs that it was not possible to measure thoughts and feelings, their ideas provided new insights that helped further our understanding regarding the nature-nurture debate as well as the question of free will. The ideas of behaviorism are fundamental to psychology and have been developed to help us better understand the role of prior experiences in a variety of areas of psychology.

Social Learning Theory, developed by Albert Bandura (1977), calls our attention to the ways in which many of our actions are not learned through conditioning, as suggested by Skinner; rather, they are learned by watching others. Young children frequently learn behaviors through imitation. Especially when children do not know what else to do, they learn by modeling or copying the behavior of others.

This concept is called reciprocal determinism. An example of this might be the interplay between parents and children. Parents not only influence their child’s environment, perhaps intentionally through the use of reinforcement, etc., but children influence parents as well. Parents may respond differently with their first child than with their fourth. Perhaps they try to be the perfect parents with their firstborn, but by the time their last child comes along they have very different expectations, both of themselves and their child. Our environment creates us and we create our environment.

Other social influences: TV or not TV? Bandura et al. (1963) began a series of studies to look at the impact of television on the behavior of children. Bandura began by conducting an experiment in which he showed children a film of a woman hitting an inflatable clown or “bobo” doll. Then the children were allowed in the room, where they found the doll and during their play they began to hit it. The children also demonstrated novel ways of being aggressive toward the doll that were not demonstrated by those children who did not see the aggressive model. Bandura’s research raised concerns about the impact of violence on young children. Since then, considerable research has been conducted on the impact of violent media on children’s aggression including playing video games.

Cognitive Theory: The cognitive theories focus on how our mental processes or cognitions change over time. Three important theories are Jean Piaget’s, Lev Vygotsky’s, and Information-processing.

Jean Piaget (1896-1980) was one of the most influential cognitive theorists in development. He was inspired to explore children’s ability to think and reason by watching his own children’s development. He was one of the first to recognize and map out the ways in which children’s intelligence differs from that of adults (Piaget, 1929). He became interested in this area when he was asked to test the IQ of children and began to notice that there was a pattern in their wrong answers. He believed that children’s intellectual skills change over time and that maturation, rather than training, brings about that change. Children of differing ages interpret the world differently. Piaget theorized that children progressed through four stages of cognitive development (see Table 1.4).

Piaget has been criticized for overemphasizing the role that physical maturation plays in cognitive development and in underestimating the role that culture and experience plays. Looking across cultures reveals considerable variation in what children are able to do at various ages. Research has shown considerable overlap among the four stages and that development is more continuous.

Lev Vygotsky (1896-1934) was a Russian psychologist who wrote in the early 1900s but whose work was discovered by researchers in the United States in the 1960s and became more widely known in the 1980s (Crain, 2005). His sociocultural theory emphasizes the importance of culture and interaction in the development of cognitive abilities. Vygotsky differed with Piaget in that he believed that a person not only has a set of abilities, but also a set of potential abilities that can be realized if given the proper guidance from others. Vygotsky developed theories on teaching that have been adopted by educators today.

Information Processing is not the work of a single theorist, but based on the ideas and research of several cognitive scientists studying how individuals perceive, analyze, manipulate, use, and remember information. This approach assumes that humans gradually improve in their processing skills; that is, development is continuous rather than stage-like. The more complex mental skills of adults are built from the primitive abilities of children. We are born with the ability to notice stimuli, store, and retrieve information. Brain maturation enables advancements in our information processing system. At the same time, interactions with the environment also aid in our development of more effective strategies for processing information.

In sum, a child’s experiences are shaped by larger forces such as the family, schools, religion, culture, and time period. Bronfenbrenner’s model helps us understand all of the different environments that impact each one of us simultaneously. Despite its comprehensiveness, Bronfenbrenner’s ecological system’s theory is not easy to use. Taking into consideration all the different influences makes it difficult to research and determine the impact of all the different variables (Dixon, 2003). Consequently, psychologists have not fully adopted this approach, although they recognize the importance of the ecology of the individual. Figure 1.11 is a model of Bronfenbrenner’s Ecological Systems Theory. 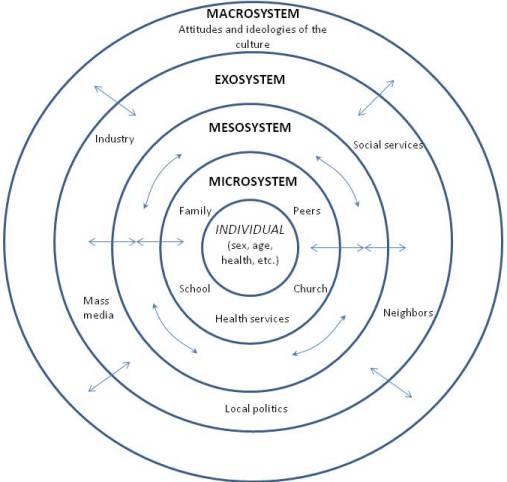 Figure 1.11″Bronfenbrenner’s Ecological Theory of Development” by Hchokr is licensed under a CC BY-SA license.

An important part of learning any science, including psychology, is having a basic knowledge of the techniques used in gathering information. The hallmark of scientific investigation is that of following a set of procedures designed to keep questioning or skepticism alive while describing, explaining, or testing any phenomenon. Science involves continuously renewing our understanding of the subjects in question and an ongoing investigation of how and why events occur. The scientific method is the set of assumptions, rules, and procedures scientists use to conduct research.