Figure 1.7 A tiny person inside a sperm. “Preformation” is in the public domain.

Preformationist View: Well into the 18th century, children were merely thought of as little adults. Preformationism, or the belief that a tiny, fully formed human is implanted in the sperm or egg at conception and then grows in size until birth, was the predominant early theory. Children were believed to possess all their sensory capabilities, emotions, and mental aptitude at birth, and as they developed these abilities unfolded on a predetermined schedule (Thomas, 1979). The environment was thought to play no role in determining development.

John Locke (1632-1704): Locke, a British philosopher, refuted the idea of innate knowledge and instead proposed that children are largely shaped by their social environments, especially their education as adults teach them important knowledge. He believed that through education a child learns socialization, or what is needed to be an appropriate member of society. Locke advocated thinking of a child’s mind as a Tabula Rosa or blank slate, and whatever comes into the child’s mind comes from the environment. Locke emphasized that the environment is especially powerful in the child’s early life because he considered the mind the most pliable then. Locke indicated that the environment exerts its effects through associations between thoughts and feelings, behavioral repetition, imitation, and rewards and punishments (Crain, 2005). Locke’s ideas laid the groundwork for the behavioral perspective and subsequent learning theories of Pavlov, Skinner and Bandura.

Jean-Jacques Rousseau (1712-1778): Like Locke, Rousseau also believed that children were not just little adults. However, he did not believe they were blank slates, but instead developed according to a natural plan which unfolded in different stages (Crain, 2005). He did not believe in teaching them the correct way to think, but believed children should be allowed to think by themselves according to their own ways and an inner, biological timetable. This focus on biological maturation resulted in Rousseau being considered the father of developmental psychology. Followers of Rousseau’s developmental perspective include Gesell, Montessori, and Piaget.

Arnold Gesell (1880-1961): Gesell spent 50 years at the Yale Clinic of Child Development, and with his colleagues he studied the neuromotor development of children. Gesell believed that the child’s development was activated by genes and he called this process maturation (Crain, 2005). Further, he believed that development unfolded in fixed sequences, and he opposed efforts to teach children ahead of schedule as he believed they will engage in behaviors when their nervous systems had sufficiently matured. 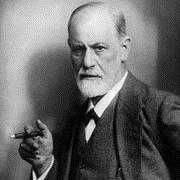 Sigmund Freud (1856-1939): Freud has been a very influential figure in the area of development. Freud emphasized the importance of early childhood experiences in shaping our personality and behavior. In our natural state, we are biological beings. We are driven primarily by instincts. During childhood, however, we begin to become social beings as we learn how to manage our instincts and transform them into socially acceptable behaviors. His view of development and psychopathology dominated the field of psychiatry until the growth of behaviorism in the 1950s. His assumptions that personality forms during the first few years of life and that the ways in which parents or other caregivers interact with children have a long-lasting impact on children’s emotional states have guided parents, educators, clinicians, and policy-makers for many years.

Freud’s theory has been heavily criticized for several reasons. One is that it is very difficult to test scientifically (Crews, 1998). How can parenting in infancy be traced to personality in adulthood? Freud focuses on the darker side of human nature and suggests that much of what determines our actions is unknown to us. Despite these criticisms, Freud’s theory has heuristic value in providing a framework from which to elaborate and modify subsequent theories of development. Many later theories, particularly behaviorism and humanism, came about as challenges to Freud’s views.