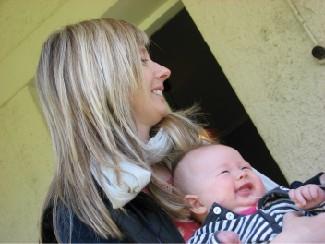 Attachment is the close bond with a caregiver from which the infant derives a sense of security. The formation of attachments in infancy has been the subject of considerable research as attachments have been viewed as foundations for future relationships. Additionally, attachments form the basis for confidence and curiosity as toddlers, and as important influences on self- concept.

Freud’s Psychoanalytic Theory: According to Freud (1938) infants are oral creatures who obtain pleasure from sucking and mouthing objects. Freud believed the infant will become attached to a person or object that provides this pleasure. Consequently, infants were believed to become attached to their mother because she was the one who satisfied their oral needs and provided pleasure. Freud further believed that the infants will become attached to their mothers “if the mother is relaxed and generous in her feeding practices, thereby allowing the child a lot of oral pleasure,” (Shaffer, 1985, p. 435). Was Freud correct in his explanation for why infants became attached?

Harlow’s Research: In one classic study showing if nursing was the most important factor to attachment, Wisconsin University psychologists Harry and Margaret Harlow investigated the responses of young monkeys. The infants were separated from their biological mothers, and two surrogate mothers were introduced to their cages. One, the wire mother, consisted of a round wooden head, a mesh of cold metal wires, and a bottle of milk from which the baby monkey could drink. The second mother was a foam-rubber form wrapped in a heated terry-cloth blanket. The infant monkeys went to the wire mother for food, but they overwhelmingly preferred and spent significantly more time with the warm terry-cloth mother. The warm terry-cloth mother provided no food but did provide comfort (Harlow, 1958). The infant’s need for physical closeness and touching is referred to as contact comfort. Contact comfort is believed to be the foundation for attachment. The Harlows’ studies confirmed that babies have social as well as physical needs. Both monkeys and human babies need a secure base that allows them to feel safe. From this base, they can gain the confidence they need to venture out and explore their worlds.

Bowlby’s Theory: Building on the work of Harlow and others, John Bowlby developed the concept of attachment theory. He defined attachment as the affectional bond or tie that an infant forms with the mother (Bowlby, 1969). An infant must form this bond with a primary caregiver in order to have normal social and emotional development. In addition, Bowlby proposed that this attachment bond is very powerful and continues throughout life. He used the concept of secure base to define a healthy attachment between parent and child (Bowlby, 1982). A secure base is a parental presence that gives the child a sense of safety as the child explores the surroundings.

Bowlby said that two things are needed for a healthy attachment: The caregiver must be responsive to the child’s physical, social, and emotional needs; and the caregiver and child must engage in mutually enjoyable interactions (Bowlby, 1969). Additionally, Bowlby observed that infants would go to extraordinary lengths to prevent separation from their parents, such as crying, refusing to be comforted, and waiting for the caregiver to return. He observed that these same expressions were common to many other mammals, and consequently argued that these negative responses to separation serve an evolutionary function. Because mammalian infants cannot feed or protect themselves, they are dependent upon the care and protection of adults for survival. Thus, those infants who were able to maintain proximity to an attachment figure were more likely to survive and reproduce.