Why do we age? There are many theories that attempt to explain how we age, however, researchers still do not fully understand what factors contribute to the human lifespan (Jin, 2010). Research on aging is constantly evolving and includes a variety of studies involving genetics, biochemistry, animal models, and human longitudinal studies (NIA, 2011a). According to Jin (2010), modern biological theories of human aging involve two categories. The first is Programmed Theories that follow a biological timetable, possibly a continuation of childhood development. This timetable would depend on “changes in gene expression that affect the systems responsible for maintenance, repair, and defense responses,” (p. 72). The second category includes Damage or Error Theories which emphasize environmental factors that cause cumulative damage in organisms. Examples from each of these categories will be discussed. 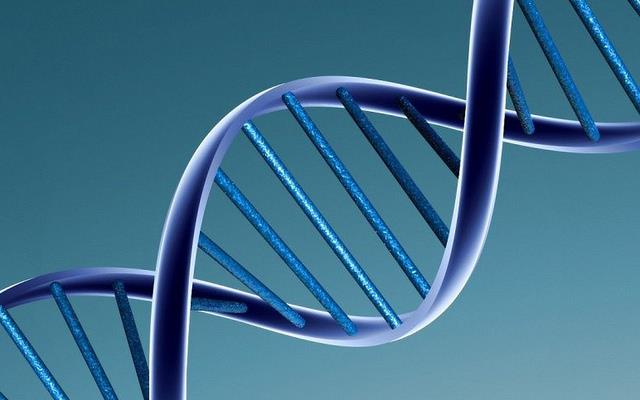 Genetics: One’s genetic make-up certainly plays a role in longevity, but scientists are still attempting to identify which genes are responsible. Based on animal models, some genes promote longer life, while other genes limit longevity. Specifically, longevity may be due to genes that better equip someone to survive a disease. For others, some genes may accelerate the rate of aging, while others decrease the rate. To help determine which genes promote longevity and how they operate, researchers scan the entire genome and compare genetic variants in those who live longer with those who have an average or shorter lifespan. For example, a National Institutes of Health study identified genes possibly associated with blood fat levels and cholesterol, both risk factors for coronary disease and early death (NIA, 2011a). Researchers believe that it is most likely a combination of many genes that affect the rate of aging.

Evolutionary Theory: Evolutionary psychology emphasizes the importance of natural selection; that is, those genes that allow one to survive and reproduce will be more likely to be transmitted to offspring. Genes associated with aging, such as Alzheimer Disease, do not appear until after the individual has passed their main reproductive years. Consequently, natural selection has not eliminated these damaging disorders from the gene pool. If these detrimental disorders occurred earlier in the development cycle, they may have been eliminated already (Gems, 2014).

Figure 9.10 Telomeres and Cellular SenescenceAdapted from National Institute on Aging

Cellular Clock Theory: This theory suggests that biological aging is due to the fact that normal cells cannot divide indefinitely. This is known as the Hayflick limit, and is evidenced in cells studied in test tubes, which divide about 40-60 times before they stop (Bartlett, 2014). But what is the mechanism behind this cellular senescence? At the end of each chromosomal strand is a sequence of DNA that does not code for any particular protein, but protects the rest of the chromosome, which is called a telomere. With each replication, the telomere gets shorter. Once it becomes too short the cell does one of three things. It can stop replicating by turning itself off, called cellular senescence. It can stop replicating by dying, called apoptosis. Or, as in the development of cancer, it can continue to divide and become abnormal. Senescent cells can also create problems. While they may be turned off, they are not dead, thus they still interact with other cells in the body and can lead to an increase risk of disease. When we are young, senescent cells may reduce our risk of serious diseases such as cancer, but as we age they increase our risk of such problems (NIA, 2011a). Understanding why cellular senescence changes from being beneficial to being detrimental is still under investigation. The answer may lead to some important clues about the aging process.

DNA Damage: Over time DNA, which contains the genetic code for all organisms, accumulates damage. This is usually not a concern as our cells are capable of repairing damage throughout our life. Further, some damage is harmless. However, some damage cannot be repaired and remains in our DNA. Scientists believe that this damage, and the body’s inability to fix itself, is an important part of aging (NIA, 2011a). As DNA damage accumulates with increasing age, it can cause cells to deteriorate and malfunction (Jin, 2010). Factors that can damage DNA include ultraviolet radiation, cigarette smoking, and exposure to hydrocarbons, such as auto exhaust and coal (Dollemore, 2006).

Free Radicals: When the mitochondria uses oxygen to produce energy, they also produce potentially harmful byproducts called oxygen free radicals (NIA, 2011a). The free radicals are missing an electron and create instability in surrounding molecules by taking electrons from them.

There is a snowball effect (A takes from B and then B takes from C, etc.) that creates more free radicals which disrupt the cell and causes it to behave abnormally (See Figure 9.11). Some free radicals are helpful as they can destroy bacteria and other harmful organisms, but for the most part they cause damage in our cells and tissue. Free radicals are identified with disorders seen in those of advanced age, including cancer, atherosclerosis, cataracts, and neurodegeneration. Some research has supported adding antioxidants to our diets to counter the effects of free radical damage because the antioxidants can donate an electron that can neutralize damaged molecules. However, the research on the effectiveness of antioxidants is not conclusive (Harvard School of Public Health, 2016). 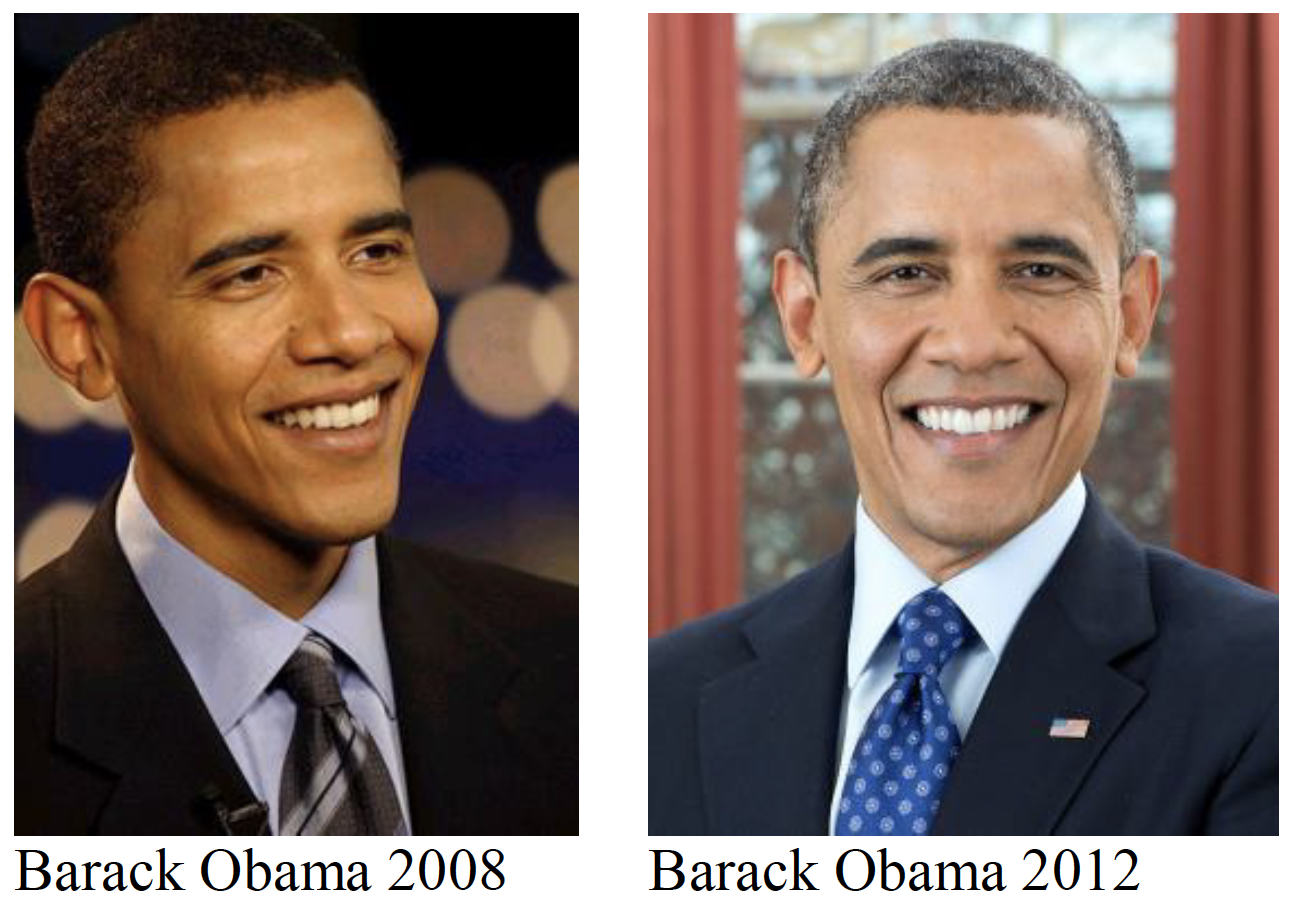 Immune and Hormonal Stress Theories: Ever notice how quickly U.S. presidents seem to age? Before and after photos reveal how stress can play a role in the aging process. When gerontologists study stress, they are not just considering major life events, such as unemployment, death of a loved one, or the birth of a child. They are also including metabolic stress, the life sustaining activities of the body, such as circulating the blood, eliminating waste, controlling body temperature, and neuronal firing in the brain. In other words, all the activities that keep the body alive also create biological stress.

To understand how this stress affects aging, researchers note that both problems with the innate and adaptive immune system play a key role. The innate immune system is made up of the skin, mucous membranes, cough reflex, stomach acid, and specialized cells that alert the body of an impending threat. With age these cells lose their ability to communicate as effectively, making it harder for the body to mobilize its defenses. The adaptive immune system includes the tonsils, spleen, bone marrow, thymus, circulatory system and the lymphatic system that work to produce and transport T cells. T-cells, or lymphocytes, fight bacteria, viruses, and other foreign threats to the body. T-cells are in a “naïve” state before they are programmed to fight an invader, and become “memory cells”. These cells now remember how to fight a certain infection should the body ever come across this invader again. Memory cells can remain in your body for many decades, and why the measles vaccine you received as a child is still protecting you from this virus today. As older adults produce fewer new T-cells to be programmed, they are less able to fight off new threats and new vaccines work less effectively. The reason why the shingles vaccine works well with older adults is because they already have some existing memory cells against the varicella virus. The shingles vaccine is acting as a booster (NIA, 2011a).

Hormonal Stress Theory, also known as Neuroendocrine Theory of Aging, suggests that as we age the ability of the hypothalamus to regulate hormones in the body begins to decline leading to metabolic problems (American Federation of Aging Research (AFAR) 2011). This decline is linked to excess of the stress hormone cortisol. While many of the body’s hormones decrease with age, cortisol does not (NIH, 2014a). The more stress we experience, the more cortisol released, and the more hypothalamic damage that occurs. Changes in hormones have been linked to several metabolic and hormone related problems that increase with age, such as diabetes (AFAR, 2011), thyroid problems (NIH, 2013), osteoporosis, and orthostatic hypotension (NIH, 2014a).