What you’ll learn to do: explain the laws that regulate marketing

While there are situations in which we expect individuals to act according to higher moral laws, at a basic level we always expect business professionals to follow the law. Most of the laws that impact marketers fall into a category called consumer protection. Consumer protection laws are created to ensure the rights of consumers and to create a fair marketplace for consumers.

The History of Consumer Protection

Historically, consumer protection laws in the United States have been specific formal legal responses to address public outrage over the disclosure of industry abuses and crises. For example, in 1905 a man named Upton Sinclair exposed the terrible worker conditions in the American meat-packing industry. His work sparked public outrage and, in turn, led to the creation of the Food & Drug Administration and the first comprehensive inspection and regulation of food safety in the United States.[1]

Similarly, in the 1960s consumer advocate Ralph Nadar took on automobile safety, highlighting the immense profits made by auto companies relative to their investment in customer safety. In 1966 Congress unanimously passed the National Traffic and Motor Vehicle Safety Act, and the National Highway Traffic Safety Administration gained consumer protection powers. The number of vehicular deaths in the U.S. reached a high of 50,000 in 1960 and have continued to fall despite a larger number of drivers on the road. 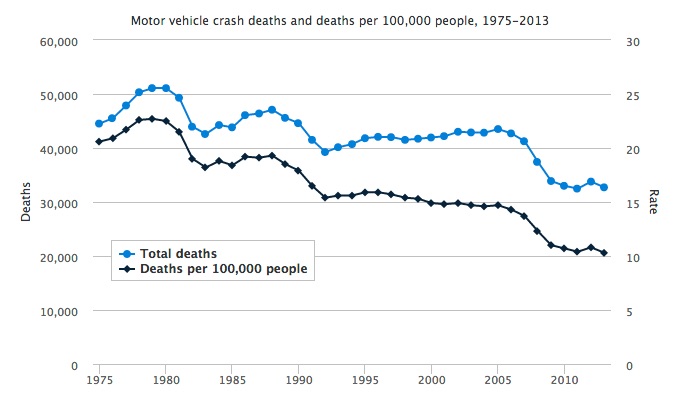 The FTC’s Bureau of Consumer Protection stops unfair, deceptive, and fraudulent business practices by collecting complaints and conducting investigations, suing companies and people who break the law, developing rules to maintain a fair marketplace, and educating consumers and businesses about their rights and responsibilities.

In addition to government-based agencies, consumer associations and other nonprofit entities also play an important role in protecting the consumer.

As a marketer, it is important to understand the current laws and consider where there are risks to consumers that might lead to new legislation.