The alkylation of acetylide ions is important in organic synthesis because it is a reaction in which a new carbon-carbon bond is formed; hence, it can be used when an organic chemist is trying to build a complicated molecule from much simpler starting materials.

The alkyl halide used in this reaction must be primary. Thus, if you were asked for a suitable synthesis of 2,2-dimethyl-3-hexyne, you would choose to attack iodoethane with the anion of 3,3- dimethyl-1-butyne.

rather than to attack 2-iodo-2-methylpropane with the anion of 1-butyne.

The reasons will be made clear in Chapter 11.

Acetylide anions are strong bases and strong nucleophiles. Therefore, they are able to displace halides and other leaving groups in substitution reactions. The product is a substituted alkyne.

Because the ion is a very strong base, the substitution reaction is most efficient with methyl or primary halides without substitution near the reaction center,

Secondary, tertiary or even bulky primary substrates will give elimination by the E2 mechanism.

Nucleophilic Addition of Acetylides to Carbonyls

Acetylide anions will add to aldehydes and ketones to form alkoxides, which, upon protonation, give propargyl alcohols.

With aldehydes and non-symmetric ketones, in the absence of chiral catalyst, the product will be a racemic mixture of the two enantiomers.

1. The pKa​ of ammonia is 35.  Estimate the equilibrium constant for the deprotonation of pent-1-yne by amide, as shown above.

1.  Assuming the pKa​ of pent-1-yne is about 25, then the difference in pKas is 10.  Since pentyne is more acidic, the formation of the acetylide will be favored at equilibrium, so the equilibrium constant for the reaction is about 101

Give the possible reactants for the following formations:

Propose a synthetic route to produce 2-pentene from propyne and an alkyl halide. 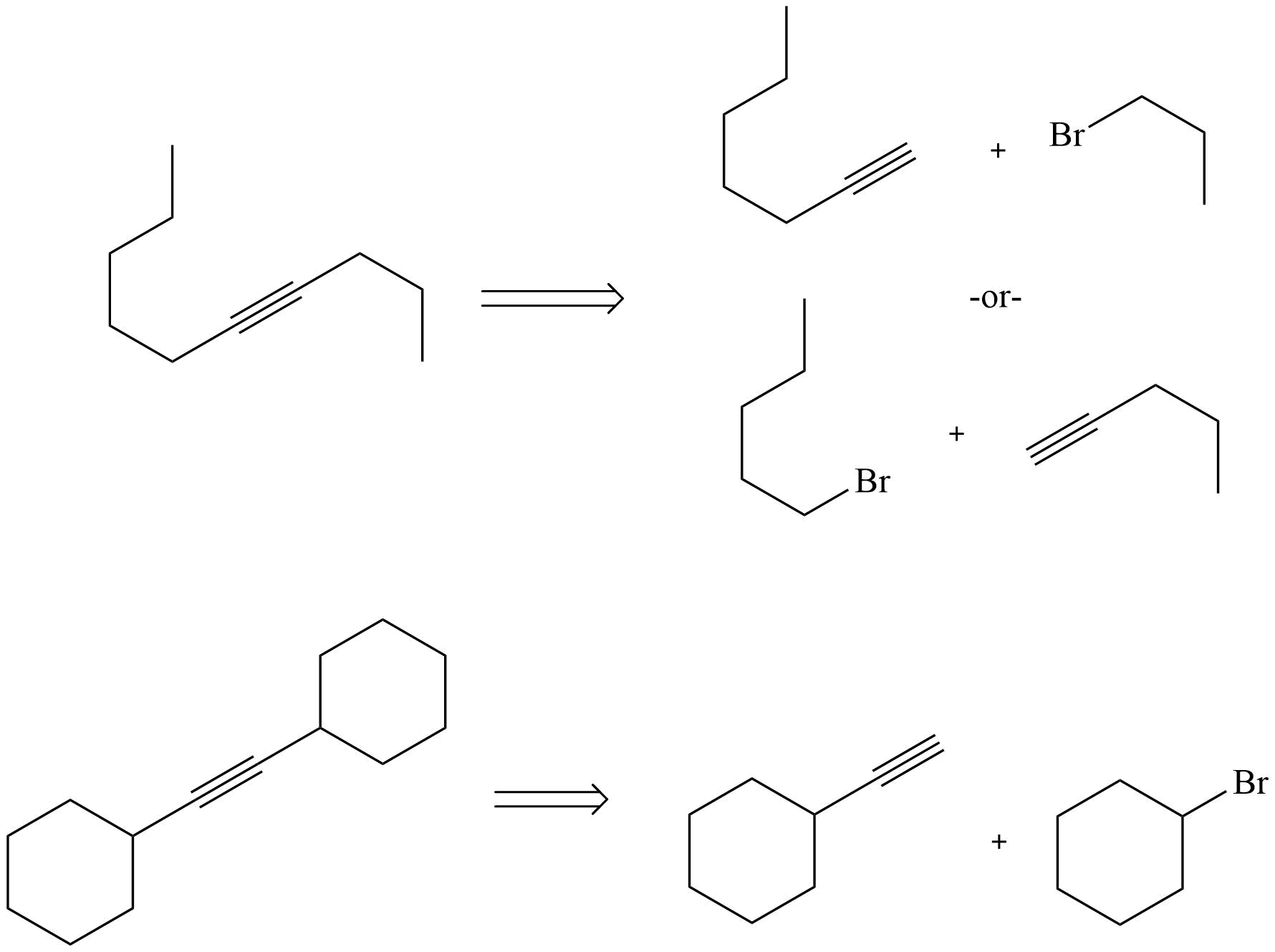