You must be able to combine your knowledge of molecular shapes and bond polarities to determine whether or not a given compound will have a dipole moment. Conversely, the presence or absence of a dipole moment may also give an important clue to a compound’s structure. BCl3, for example, has no dipole moment, while NH3 does. This suggests that in BCl3 the chlorines around boron are in a trigonal planar arrangement, while the hydrogens around nitrogen in NH3 would have a less symmetrical arrangement (e.g., trigonal pyramidal, T-shaped). Remember that the $\ce{\sf{C-H}}$ bond can usually be assumed to be nonpolar.

Figure 8 How Individual Bond Dipole Moments Are Added Together to Give an Overall Molecular Dipole Moment for Two Triatomic Molecules with Different Structures. (a) In CO2, the C–O bond dipoles are equal in magnitude but oriented in opposite directions (at 180°). Their vector sum is zero, so CO2 therefore has no net dipole. (b) In H2O, the O–H bond dipoles are also equal in magnitude, but they are oriented at 104.5° to each other. Hence the vector sum is not zero, and H2O has a net dipole moment.

Molecules with asymmetrical charge distributions have a net dipole moment

For each three-dimensional molecular geometry, predict whether the bond dipoles cancel. If they do not, then the molecule has a net dipole moment.

In 1923, chemists Johannes Brønsted and Martin Lowry independently developed definitions of acids and bases based on compounds abilities to either donate or accept protons (H+ ions). Here, acids are defined as being able to donate protons in the form of hydrogen ions; whereas bases are defined as being able to accept protons. This took the Arrhenius definition one step further as water is no longer required to be present in the solution for acid and base reactions to occur.

The following molecule has no dipole moment in the molecule itself, explain.

Which of the following molecules has a net dipole? 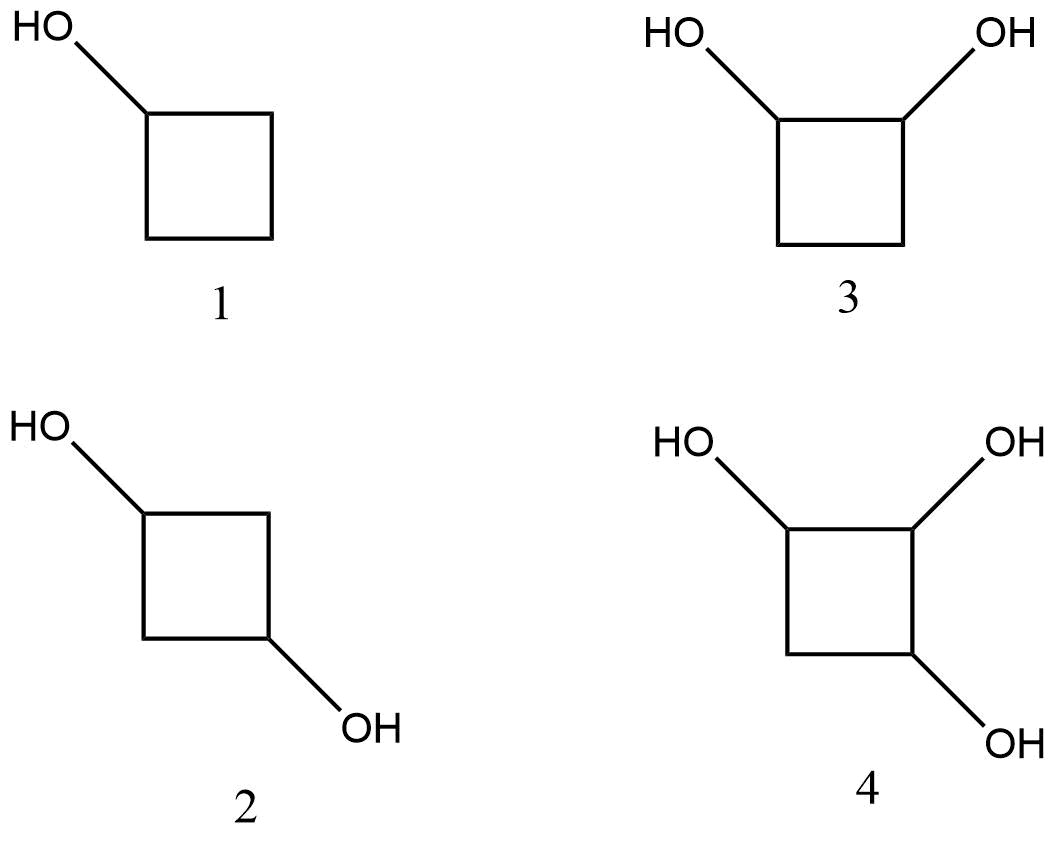 Within reactions with carbonyls, such as a reduction reaction, the carbonyl is attacked from the carbon side and not the oxygen side. Using knowledge of electronegativity explain why this happens.

1. The hydroxyl groups are oriented opposite of one another and therefore the dipole moments would “cancel” one another out. Therefore having a zero net-dipole.