The major function of folate is that it participates in 1-carbon metabolism. As described earlier, this is the transfer of 1-carbon units from 1 compound to another. The cofactor form of folate is tetrahydrofolate (THF). As is shown in the figure below, in order for THF to be formed, a methyl group is transferred to cobalamin (vitamin B12) from 5-methyl THF (THF plus a methyl group), forming methyl-cobalamin. You can see this on the left side of the figure below. 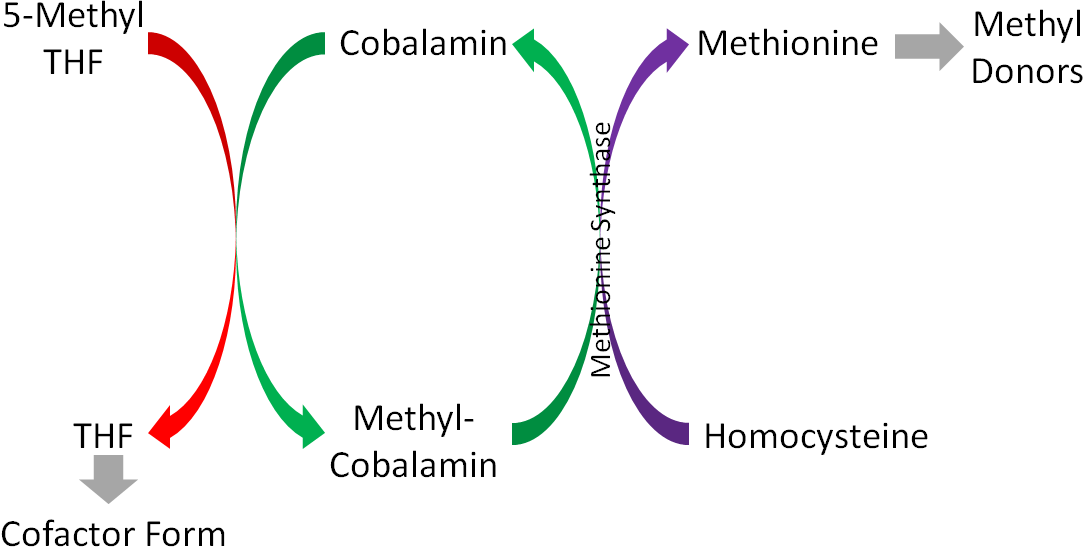 There are 2 major cofactor functions of THF1:

THF is required for the synthesis of DNA bases (purines and pyrimidines)1. As shown in the link below, N10-formyl-THF (a form of THF) is needed in 2 reactions (3 and 9) in purine synthesis.