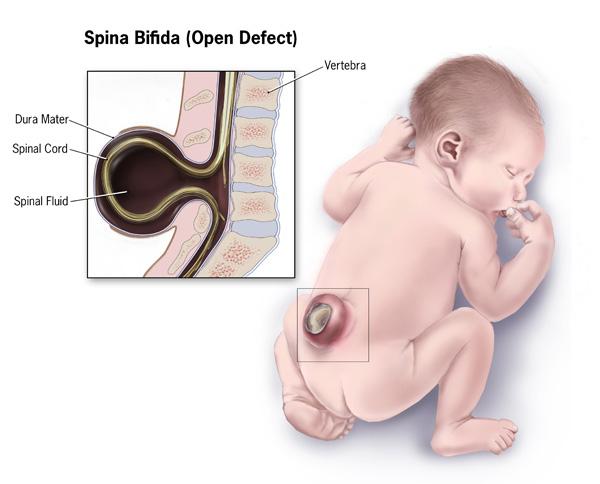 The neural tube closes 21-28 days after conception1, and with 50% of pregnancies estimated to be unplanned, many women aren’t aware they are pregnant during this period1,2. Thus, it is recommended that women of childbearing age consume 400 ug of folic acid daily1. In addition, in 1998 the FDA mandated that all refined cereals and grains be fortified with 140 ug folic acid /100 grams of product7. As you can see below, spina bifida prevalence rates declined during the optional fortification years and declined further once fortification became mandatory in the United States.

However, more recent research has found that folic acid supplementation begun before conception reduced the occurrence and severity of neural tube defects9.