Vitamin B12 is unique among vitamins in that it contains an element (cobalt) and is found almost exclusively in animal products. Neither plants nor animals can synthesize vitamin B12. Instead, vitamin B12 in animal products is produced by microorganisms within the animal that the products came from. Animals consume the microorganisms in soil or bacteria in ruminant animals that produce vitamin B121. Some plant products, such as fermented soy products (tempeh, miso) and the sea algae supplement, spirulina, are advertised as being good sources of B12. However, fermented soy products are not a reliable vitamin B12 source2 and spirulina contains a pseudovitamin B12 compound that is not bioavailable3. For vegans, supplements, nutritional yeast, and fortified products like fortified soy milk can help them meet their vitamin B12 needs4.

Vitamin B12’s scientific name is cobalamin, which makes sense when you consider it contains cobalt and many amine groups, as shown in the figure below. 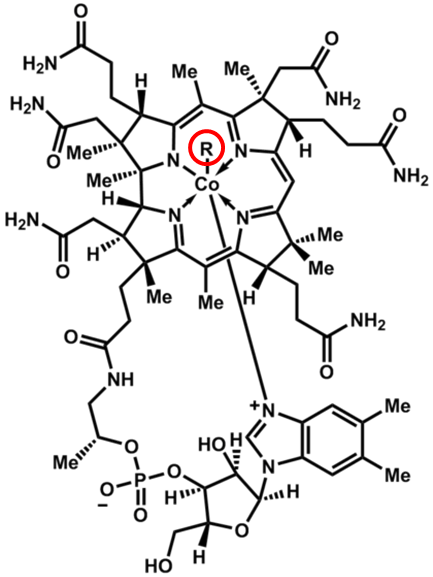 The other feature that is important in cobalamin is the circled R group. This is what differs between the different cobalamins, whose names and R groups are shown in the following table.

The uptake, absorption, and transport of vitamin B12 is a complex process. The following descriptions explain, and figures illustrate, this process.

Vitamin B12 is normally bound to protein in food. Salivary glands in the mouth produce haptocorrin (formerly known as R protein), which travels with the food into the stomach. In the stomach, acid converts pepsinogen into pepsin, and the protein intrinsic factor is released from the parietal cells1,8. 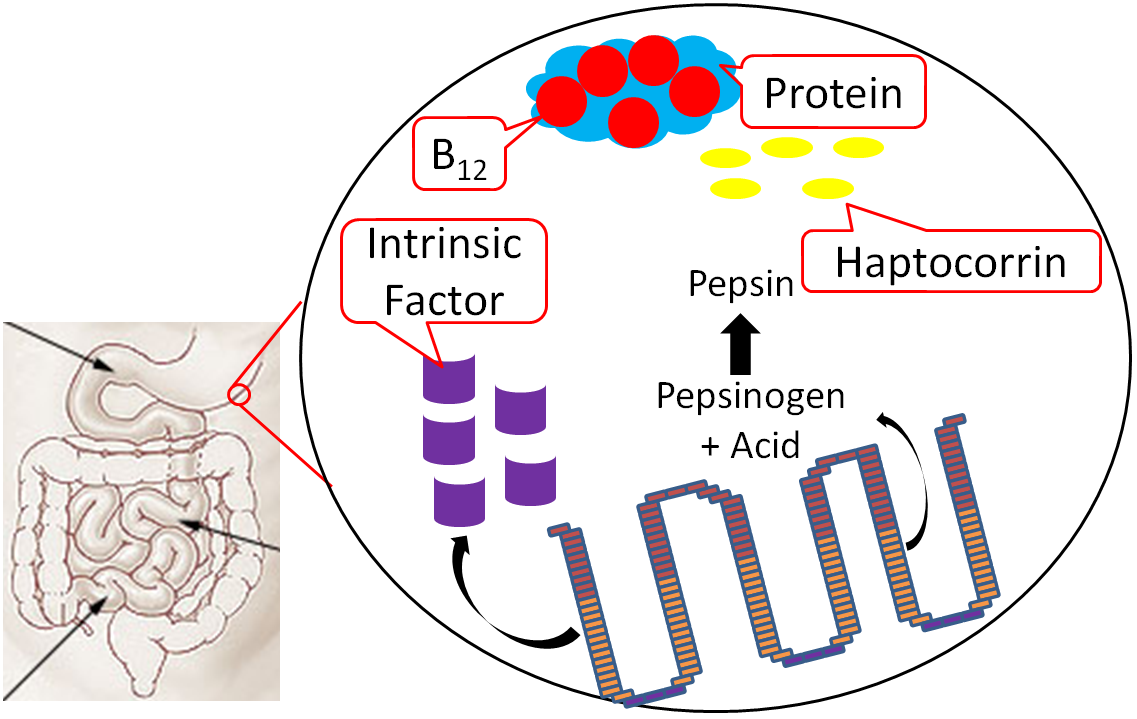 As pepsin frees B12 from protein, haptocorrin binds to the newly freed vitamin B12 (haptocorrin + B12). Intrinsic factor escapes digestion and, along with haptocorrin + B12, exits the stomach and enters the duodenum1,8. 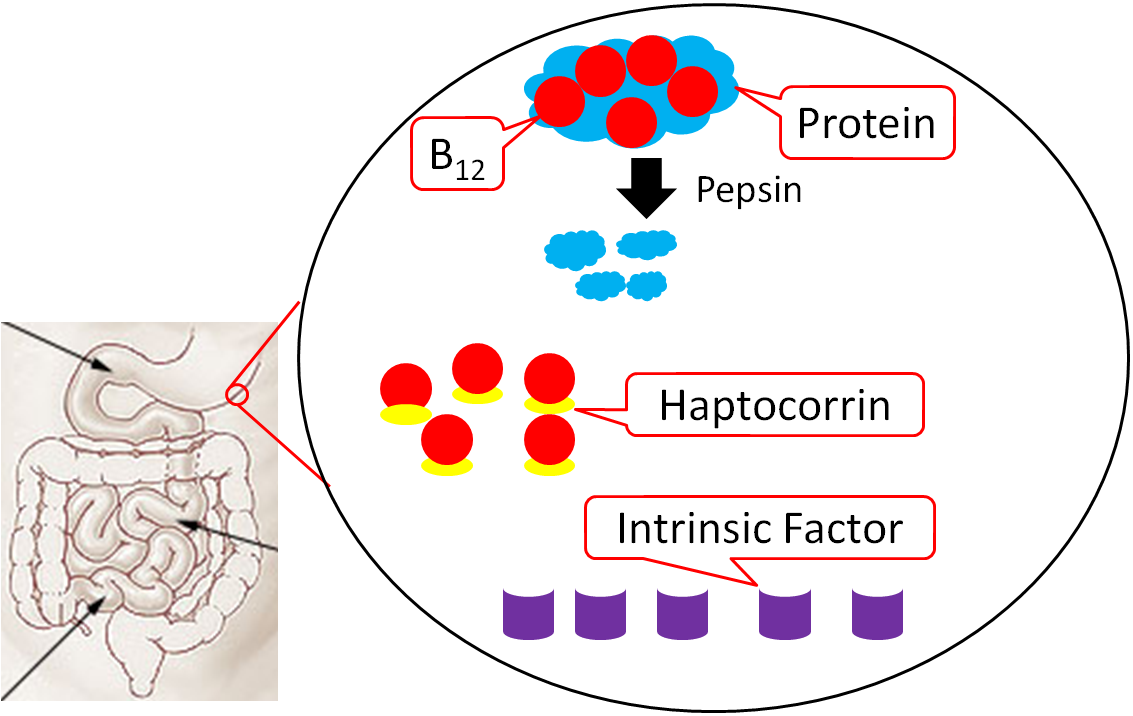 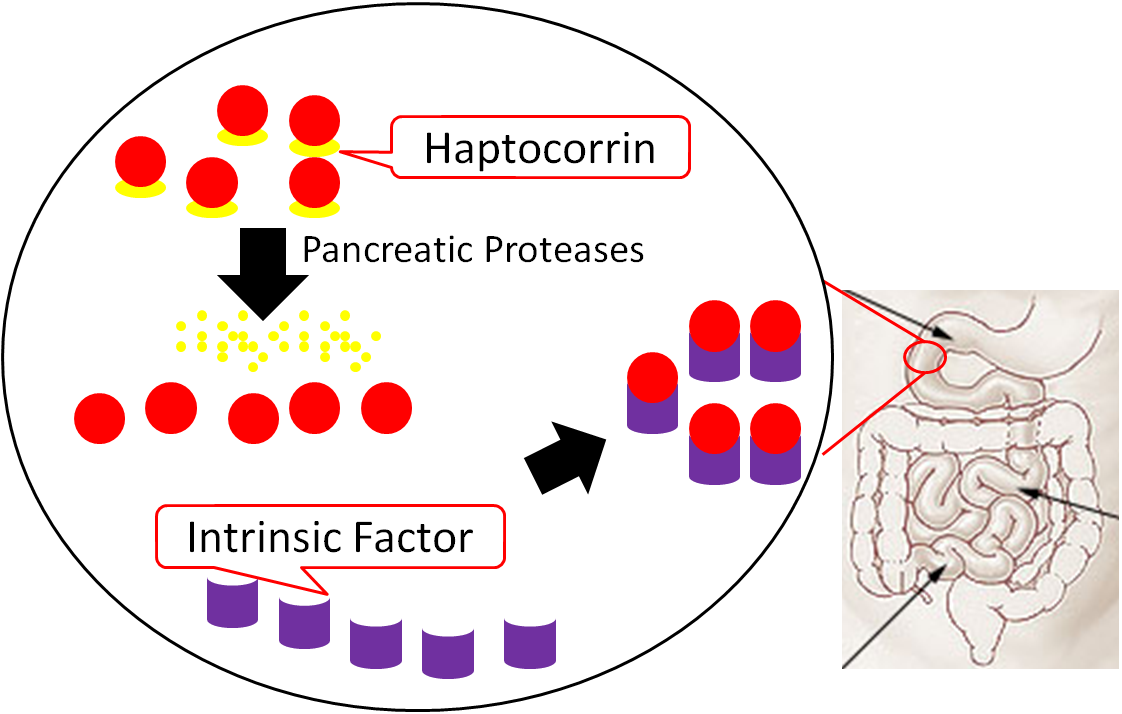 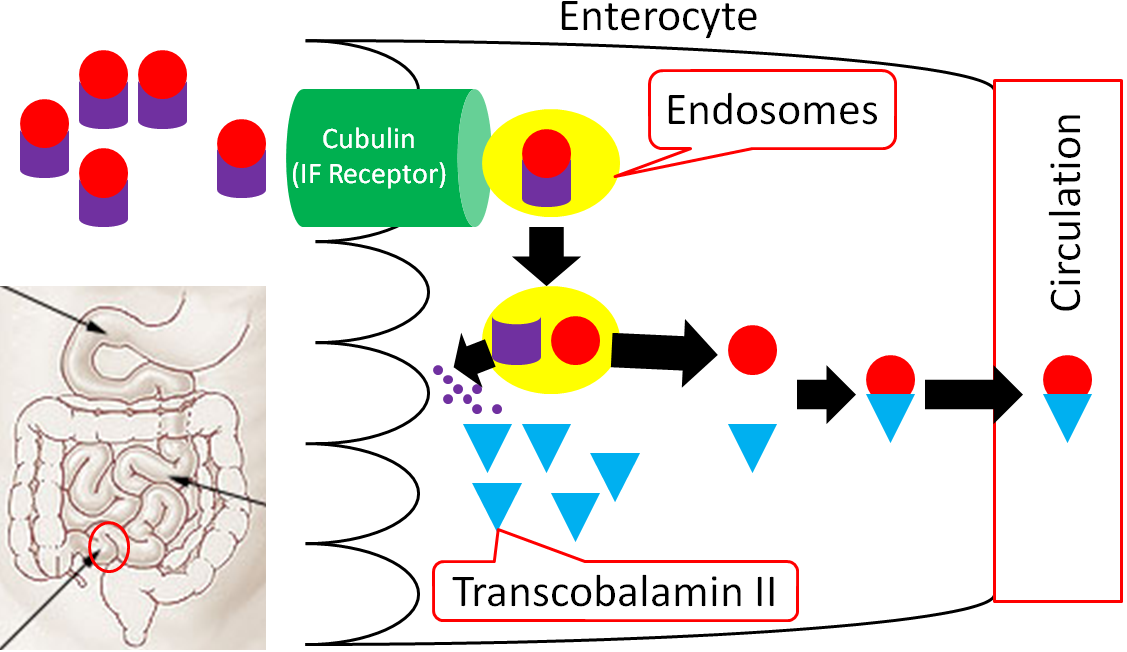 The liver is the primary storage site for vitamin B12. Unlike most other water-soluble vitamins, the liver is able to maintain significant stores of vitamin B12. Uptake into the liver occurs through the binding of TC II + B12 to the TC II Receptor and the endocytosis of both the compound and the receptor8. Vitamin B12 is once again freed after degradation of TC II. Vitamin B12 is primarily stored in the liver as adenosylcobalamin6,8. 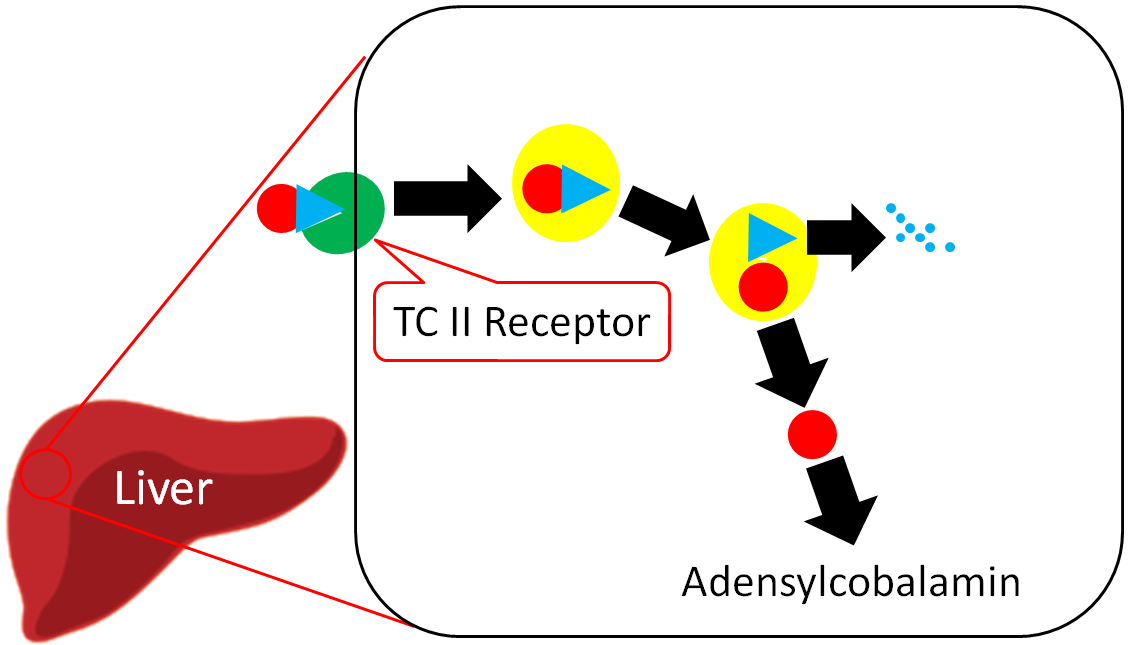 Figure 11.26 Hepatic uptake and storage of vitamin B129