Calcium in hydroxyapatite is a major component of bones and teeth.

There are also a number of non-bone functions of calcium. Calcium is an intracellular signaling molecule. Because of this, intracellular calcium is tightly controlled, primarily stored within organelles. 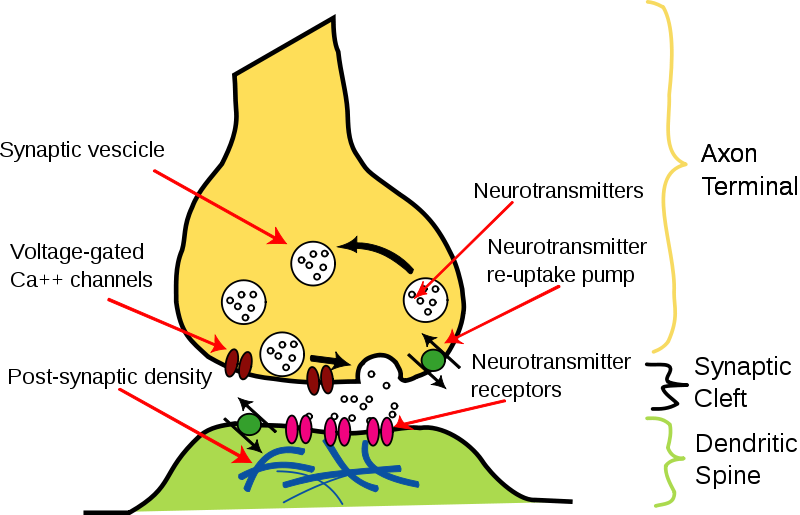 Calcium is released in muscle cells, where it binds to the protein troponin, changes its shape, and removes the tropomyosin blockade of actin active sites so that contraction can occur3. This can be seen in the following animation and figure (same link).

Calcium acts as an intracellular messenger for the release of hormones, such as insulin. The link below shows how in the beta cells of the pancreas, the opening of voltage-gated calcium channels stimulates the insulin granules to fuse with the beta cell membrane to release insulin.

As will be discussed more in the vitamin K section, calcium binding to activated Gla proteins is important in the blood clotting cascade.

The binding of calcium to calcium-binding proteins also regulates the action of a number of enzymes4.