Because of the large amount of calcium in bones, deficiency is rare1. Hypocalcemia (low serum calcium levels in blood) can result in tetany (involuntary muscle contractions)2. In addition, calcium deficiency in children can lead to rickets, which is a vitamin D deficiency. While not a deficiency, low calcium intake can lead to decreased bone mineral density and the conditions osteopenia and osteoporosis. How these differ from osteomalacia and normal bone is illustrated and described below. There are two different bone components that we will consider to understand what is happening in the bone. Matrix is the scaffolding onto which mineral is deposited. Mineral is at it sounds, the mineral that is deposited on the matrix. 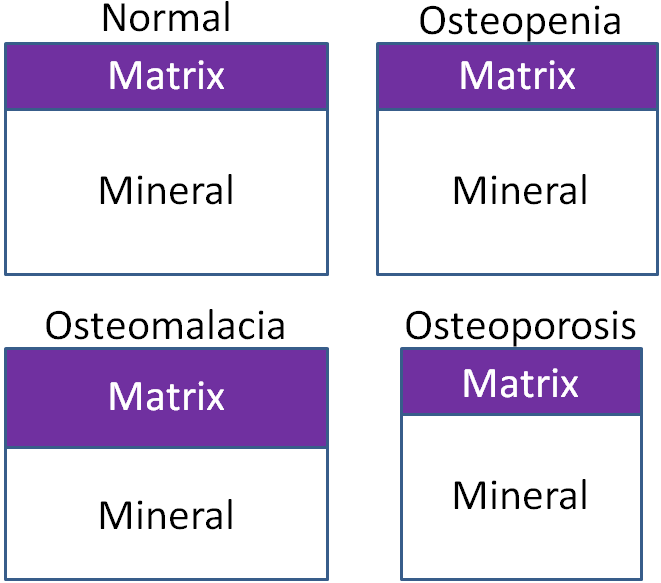 Figure 12.241 Bone states; the width of each figure represents the bone mass. The height of the matrix and mineral boxes represents the relative proportion for matrix to mineral in the bone. Adapted from reference 3.

Osteomalacia – Bone mass is normal, but the matrix to mineral ratio is increased, meaning there is less mineral in bone.

Osteopenia – Bone mass is decreased, but the matrix to mineral ratio is not altered from normal bone. This condition is intermediate in between normal and osteoporosis.

Osteoporosis – Bone mass is further decreased from osteopenia, but the matrix to mineral ratio is not altered from normal bone3.

The National Osteoporosis Foundation estimates that “about 54 million Americans have osteoporosis and low bone mass, placing them at increased risk for osteoporosis. Studies suggest that approximately one in two women and up to one in four men age 50 and older will break a bone due to osteoporosis.” To prevent osteoporosis it is important to build peak bone mass, 90% of which is built in females by age 18 and age 20 in males, but can continue to increase until age 30. After that time, bone mass starts to decrease. For women after menopause, bone mass decreases dramatically because of the decrease in estrogen production, as shown in the link below5. 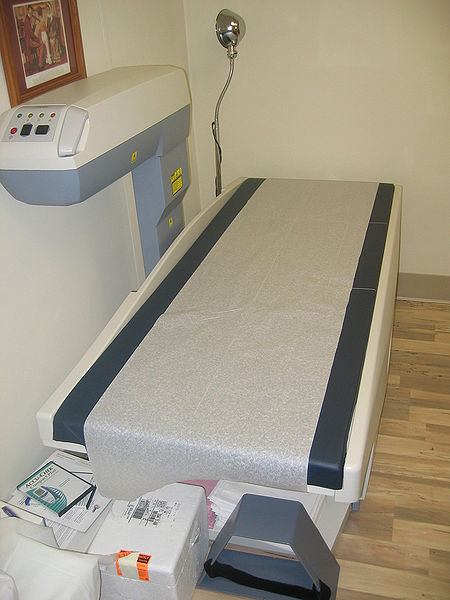 A person lies down on the table and the arm of the machine moves slowly over them.

There are other methods of measuring bone mineral density, such as peripheral DEXA and ultrasound. These typically are done on the wrist or heel, but are not as accurate because that one area might not reflect the bone mineral density in other parts of the body7.

Calcium toxicity is rare, occurring in those with hyperparathyroidism or high calcium supplementation levels. Like vitamin D, toxicity can lead to calcification of soft tissues7. In addition, a very high intake of calcium can lead to kidney stone formation.