Fluoride is a nonessential mineral. It is not required by the body and it is not widely found in the food supply. The majority of what we consume comes from fluoridated water. Other good non-dietary sources are fluoridated toothpaste and dental rinses1. Absorption of fluoride is near 100% for both dietary and non-dietary forms and it is rapidly excreted in the urine2.

Since it is a nonessential mineral, there is no fluoride deficiency. However, fluoride can be quite toxic. Acute toxicity symptoms from large intakes of fluoride include1:

Chronic toxicity results in an irreversible condition known as fluorosis, characterized by the mottling and pitting of teeth as shown below. 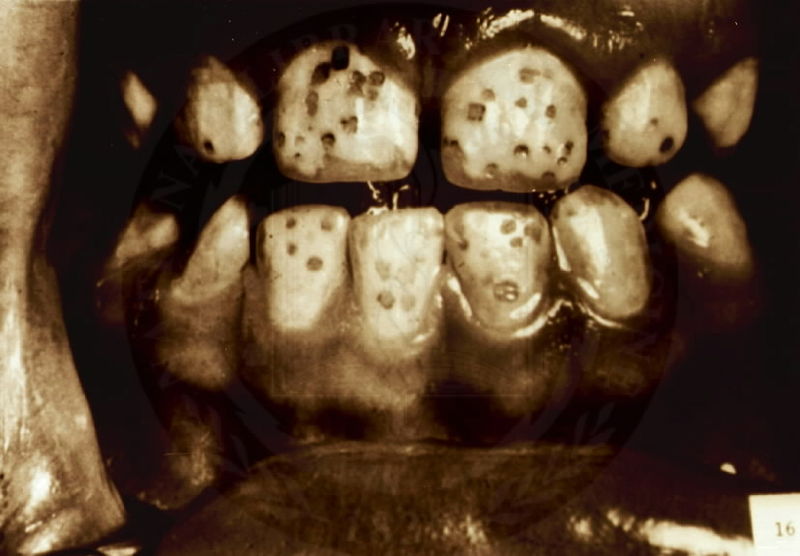 As you can see from the figure below, fluorosis is more prevalent in the United States than most people would probably believe. 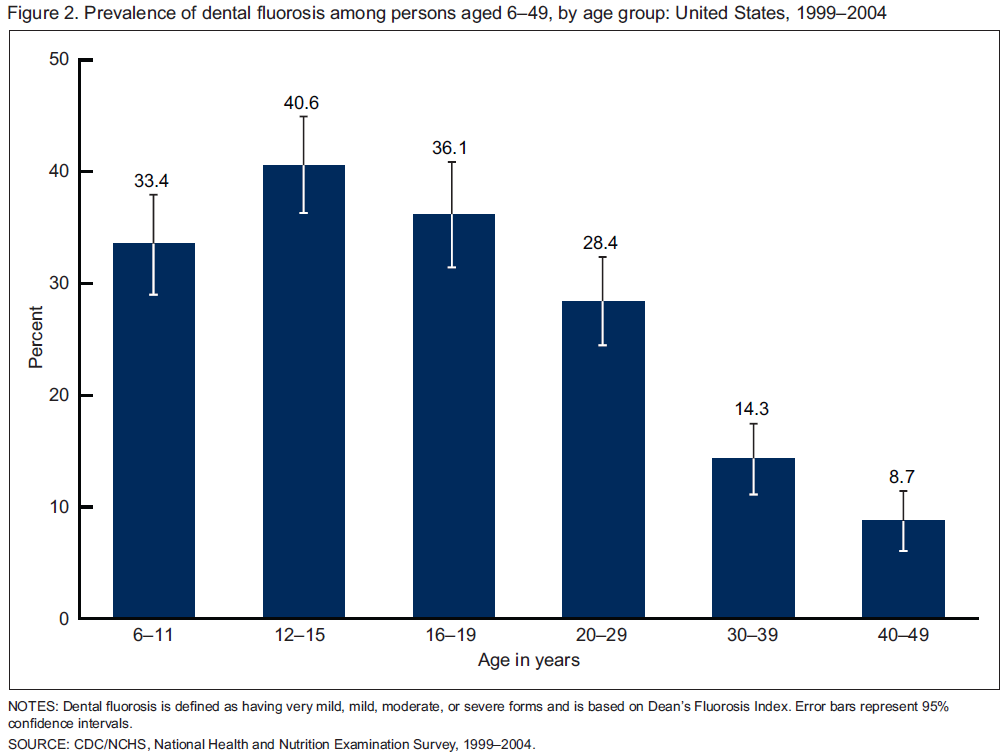 Figure 12.43 Fluorosis prevalence by age in the United States

A comparison of the prevalence of fluorosis in US children, ages 12-15, indicates an increase from the late 1980s to the early 2000s5. 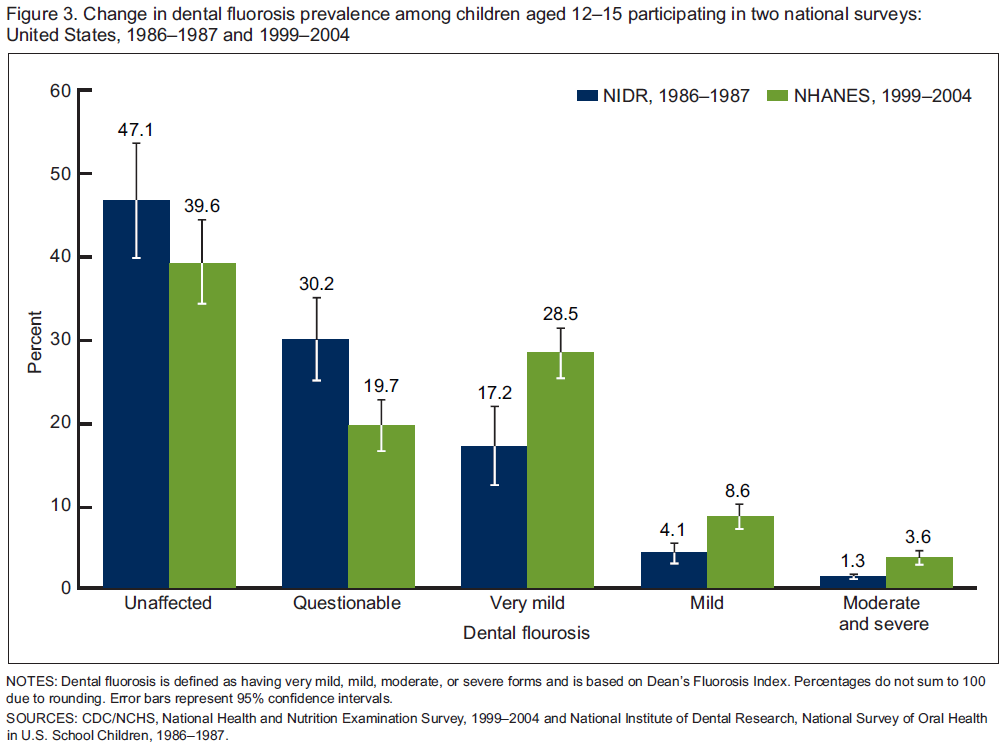 There is debate as to whether water should be fluoridated. The following links are examples of just how conflicted the U.S. is. The first is a New York Times article on this topic. There is also an article about Portland’s decision to begin fluoridating its water in 2014. The third article is about a bill introduced by a Kansas lawmaker concerned about the effects of water fluoridation. Salina, Kansas, which is home to one of Kansas State University’s campuses, voted last November to not rescind its policy of fluoridating its water, as described in the fourth link.