Vitamin K is a cofactor for carboxylation reactions that add a CO2 to the amino acid, glutamic acid (glutamate), in certain proteins. The structure of glutamic acid is shown below.

Gla proteins are important in blood clotting. Blood clotting occurs through a cascade of events, as shown in the following 2 videos. The animation below gives an overview of blood clotting, the video is a fun depiction of the blood clotting cascade.

Within the blood clotting cascade, there a number of potential Gla proteins, as shown in the figure below. 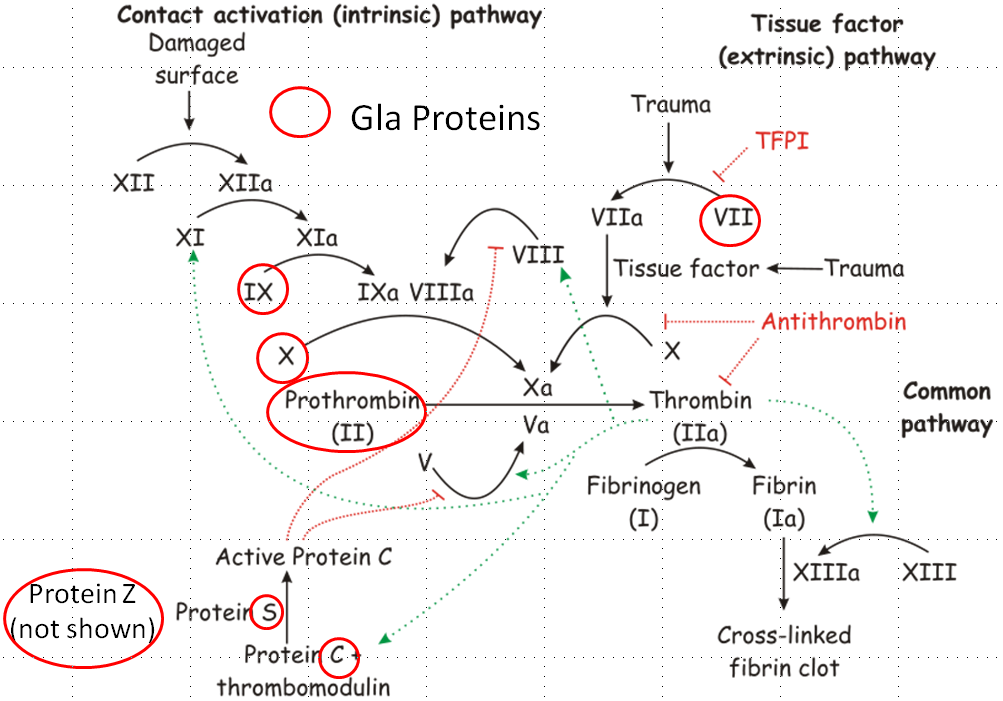 If these proteins within the blood clotting cascade are not activated to Gla, the cascade does not proceed as normal, leading to impaired blood clotting. After being used as a cofactor by gamma-glutamyl carboxylase to produce a Gla protein, vitamin K becomes vitamin K epoxide. Vitamin K epoxide needs to be converted back to vitamin K to serve as a cofactor again. Warfarin (Coumadin) and dicumarol are a couple of blood thinning drugs that inhibit this regeneration of vitamin K. This reduces the amount of Gla in the blood clotting proteins ,thus reducing the clotting response. The structure of warfarin and dicumarol are shown below5. 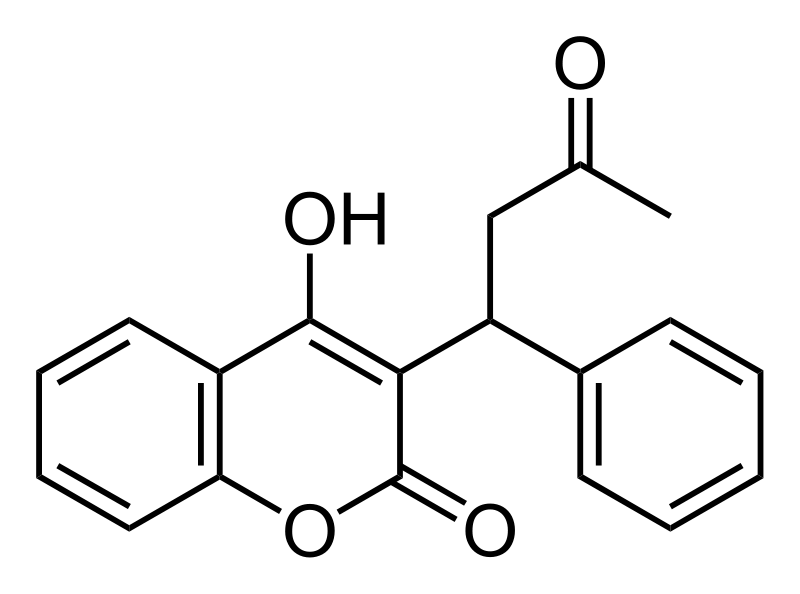 Vitamin K may also be important for bone health. There are 3 Gla proteins found in bone: osteocalcin, matrix Gla protein (MGP), and protein S6. Osteocalcin is a major bone protein, constituting 15-20% of all non-collagen proteins in bone. However, overall, the function of these 3 proteins in bone is not known2,3. Some research suggests that higher vitamin K status or intake decreases bone loss, but it is still not clear whether vitamin K truly is important for bone health9.