There are 3 forms of vitamin A (retinol, retinal, and retinoic acid) that collectively are known as retinoids. Retinol is the alcohol (OH) form, retinal is the aldehyde (COH) form, and retinoic acid is the carboxylic acid (COOH) form, as shown in the figure below (areas of difference are indicated by red). 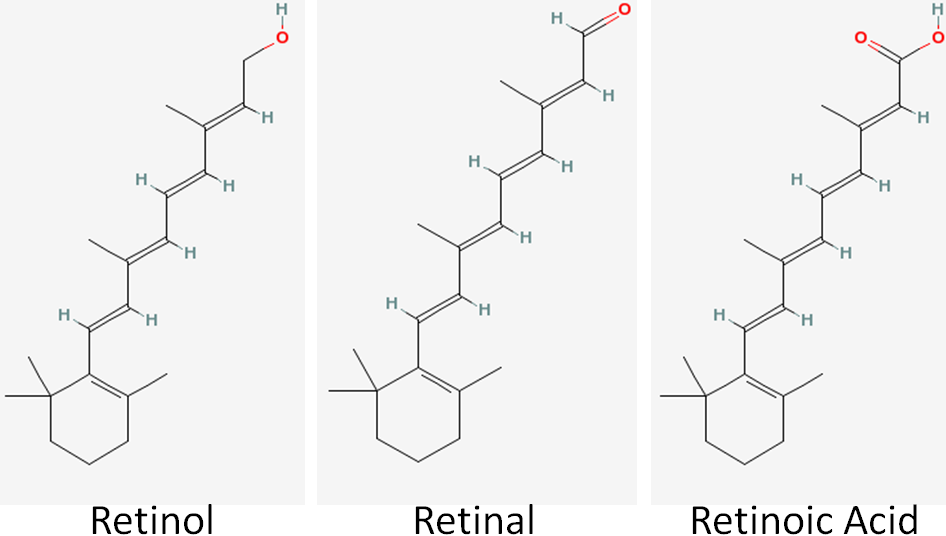 Figure 12.61 Structure of the retinoids1

Among these different retinoids, retinol and retinal are fairly interchangeable. Either form is readily converted to the other. However, only retinal is used to form retinoic acid, and this is a one-way reaction. Thus, once retinoic acid is formed it can’t be converted back to retinal, as shown in the figure below. 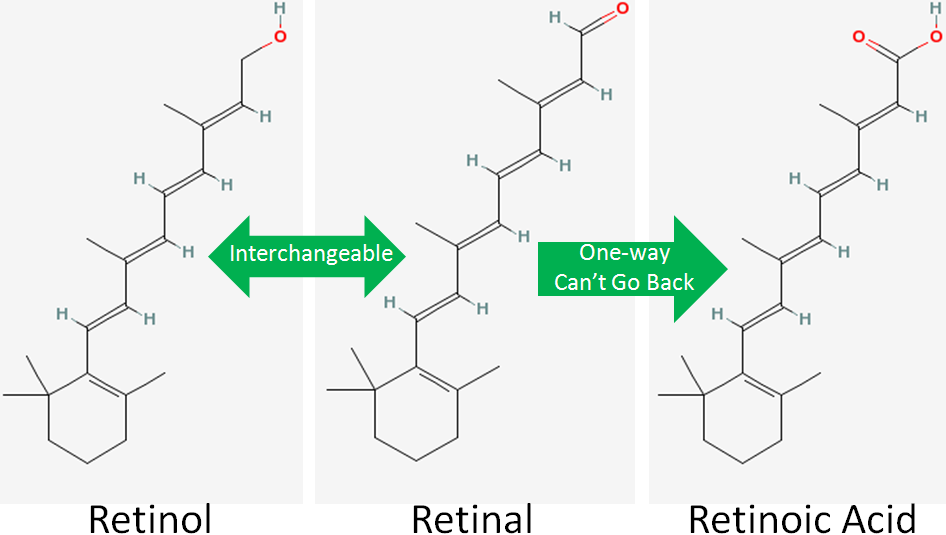 There are 2 primary dietary sources of vitamin A:

Provitamin A is a compound that can be converted to vitamin A in the body, but currently isn’t in vitamin A form. The next section will talk about carotenoids, some of which are provitamin A compounds.

International units are also used for vitamin A, such that: