Cu1+ is the form that is primarily absorbed, thus Cu2+ is reduced to Cu1+ in the lumen. It is believed that, like iron, enzymatic reduction of Cu2+ is stimulated by ascorbate. The exact transporter that takes up the copper into the enterocyte is not known. It may be DMT1 that takes up non-heme iron. Once inside the enterocyte, Cu1+ can1:

1. Bind to thionein to form metallothionein. While zinc is a better stimulator of thionein levels, copper is actually a more avid binder to this protein.

2. Be used for functional uses discussed in the next subsection.

3. Transported across the cell by an unknown carrier and then exported by ATP7A, an ATPase transporter.

Like zinc, copper is transported through the portal vein to the liver bound to albumin, as shown below. Albumin has a high affinity for Cu2+, so Cu1+ is oxidized before transported to albumin through ATP7A, as illustrated below. 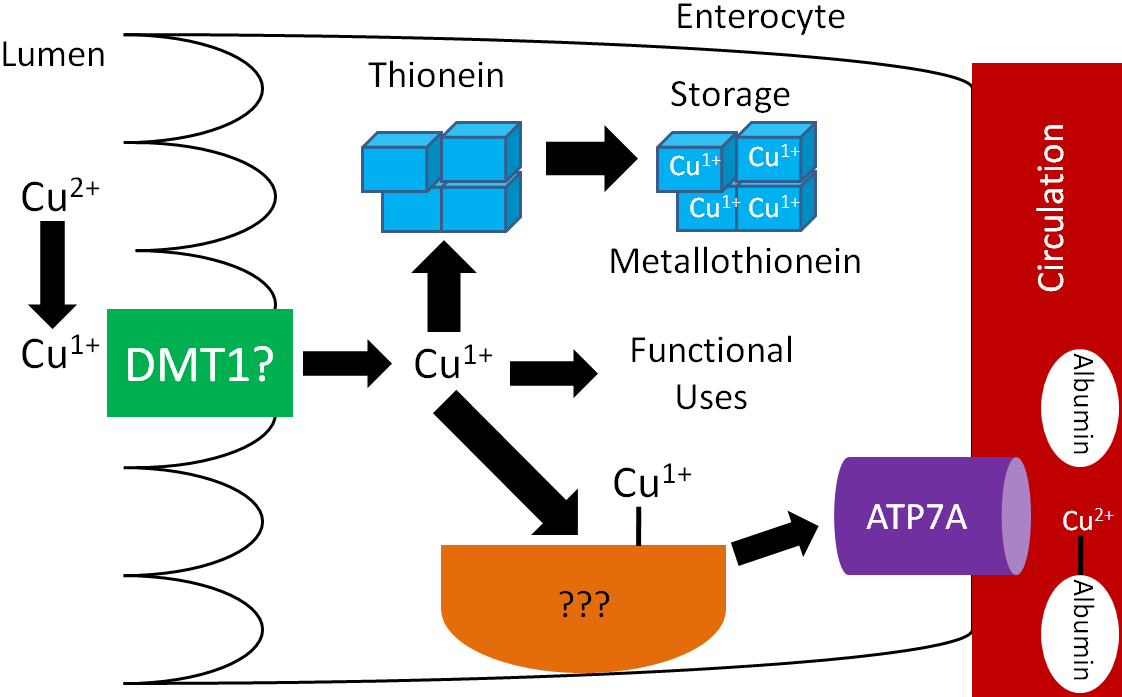 Like zinc, there is not much storage of copper in the body. The liver is the primary site of storage, where copper is taken up through an unknown transporter. If it is going to be stored, it will bind with thionein to form metallothionein. Copper to be sent out to the body is transferred to the copper transport protein ceruloplasmin, which can bind 6 coppers/protein as shown below1. 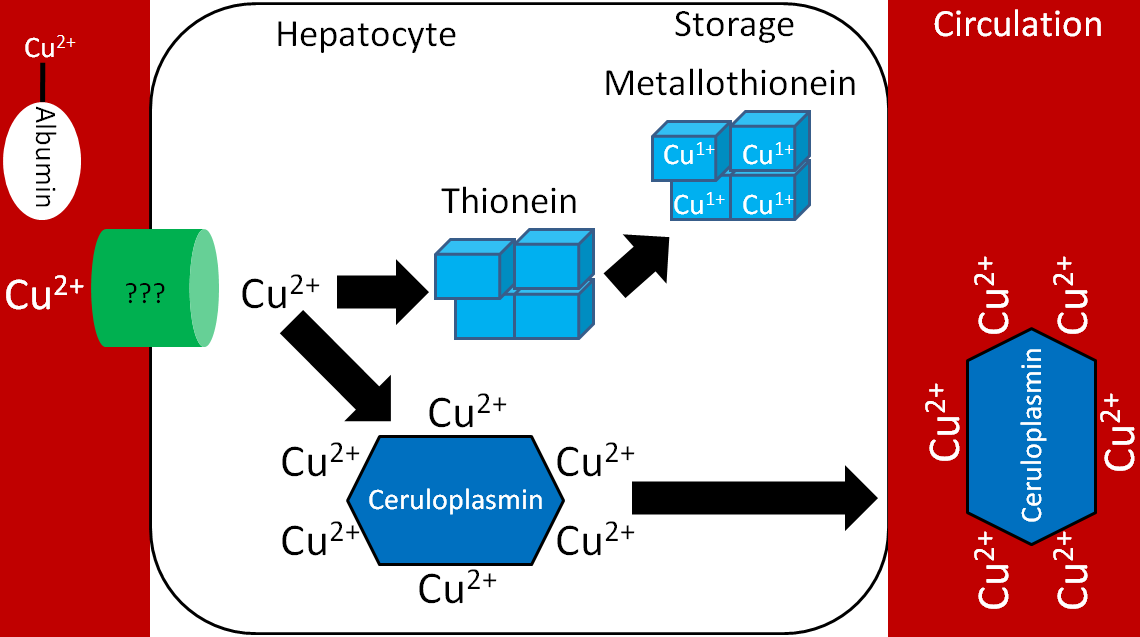 Figure 12.92 Copper in the hepatocyte

Legumes, whole grains, nuts, shellfish, and seeds are good sources of copper2. It is estimated that over 50% of copper consumed is absorbed1. Copper is primarily excreted in the feces.

There are number of different forms of copper used in supplements:

All of these forms of copper are bioavailable, except cupric oxide. Assays have shown that it is not absorbed at all. Nevertheless, some supplements still use this form of copper1,3.

12.93 How High Zinc Intake Can Lead to Iron & Copper Deficiencies