There is some evidence now suggesting that there may be negative effects in some people who restrict their sodium intakes to the levels recommended by some organizations. The second link describes a couple of studies that had conflicting outcomes as it relates to the importance of salt reduction in decreasing blood pressure and cardiovascular disease. The third link is to a study that found that higher potassium consumption, not lower sodium consumption, was associated with decreased blood pressure in adolescent teenage girls.

To combat hypertension, the Dietary Approaches to Stop Hypertension (DASH) diet was developed. This diet emphasizes:

As a result the diet is high in:

The daily goals for the DASH diet are shown below: 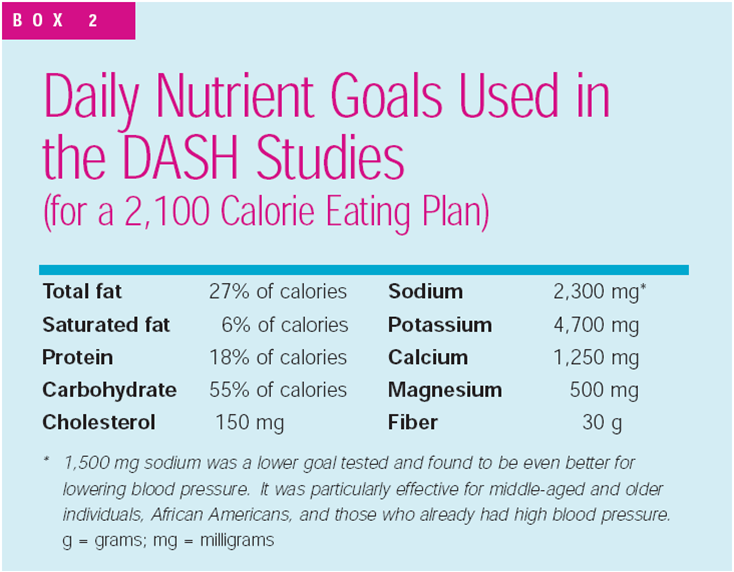 To get an idea of what types of foods and how much would be consumed in the diet, an eating plan is shown below. 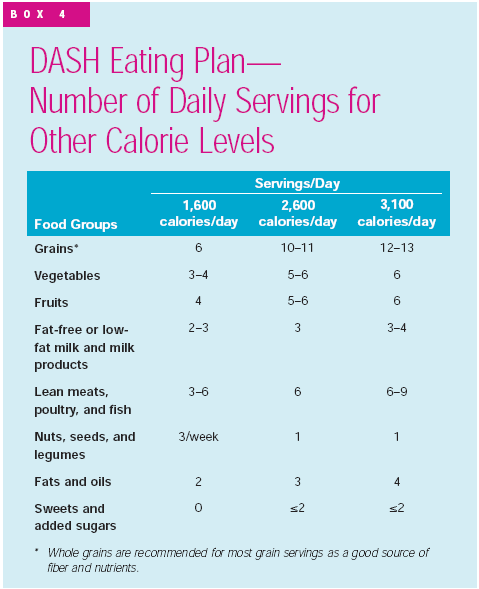 The main components that contributed to the decrease in DASH diet accordance were total fat, fiber, and magnesium, as indicated by their high negative absolute changes.

For Teenagers, Potassium May Matter More Than Salt – http://well.blogs.nytimes.com/2015/04/27/for-teenagers-potassium-may-matter-more-than-salt/