Phospholipids are similar in structure to triglycerides, with the only difference being a phosphate group and nitrogen-containing compound in the place of a fatty acid. 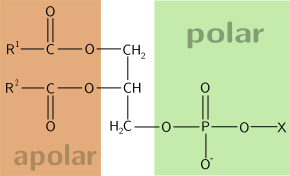 Figure 2.361 Structure of a phospholipid, R represents the different fatty acids, X represents the nitrogen-containing compound off of the phosphate group1

The best known phospholipid is phosphatidylcholine (aka lecithin). As you can see in the structure below, it contains a choline off of the phosphate group. 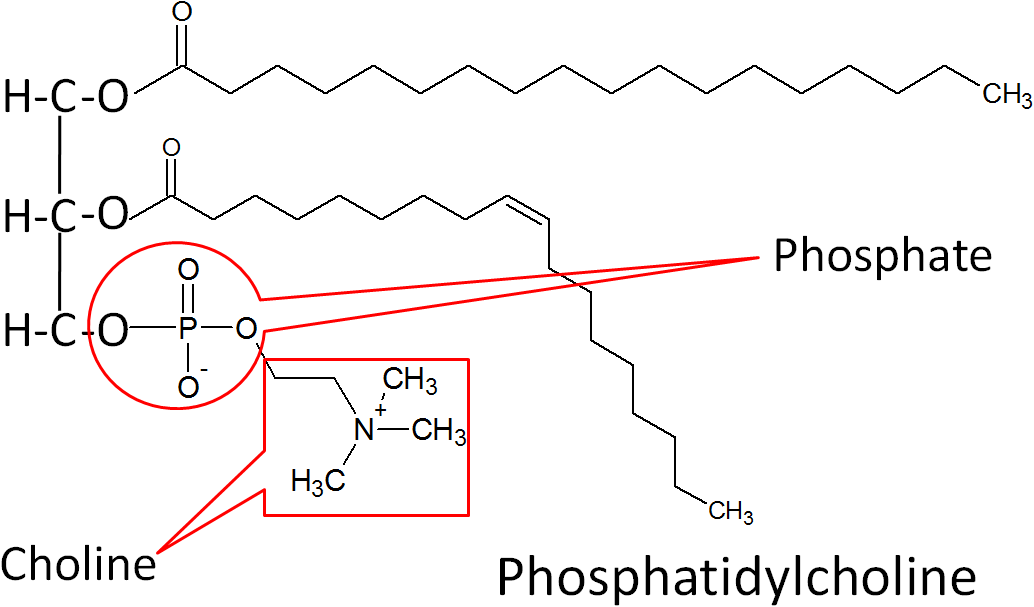 However, you will not normally find phospholipids arranged like a triglyceride, with the 3 tails opposite of the glycerol head. This is because the phosphate/nitrogen tail of the phospholipid is polar. Thus, the structure will look like the 2 figures below.

Similar to triglycerides, phospholipids are also represented as a hydrophilic head with two hydrophobic tails as shown below.

Figure 2.365 Schematic of a phospholipid

Because its structure allows it to be at the interface of water-lipid environments, there are two main functions of phospholipids:

Number 1 in the figure below is a cell’s lipid bilayer, while 2 is a micelle that is formed by phospholipids to assist in emulsification. 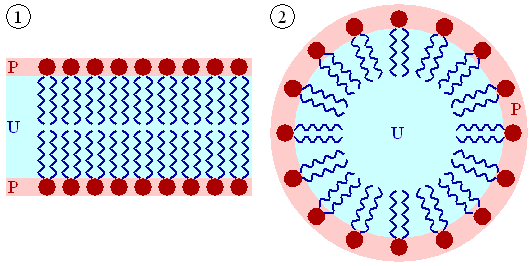 Phospholipids are an important component of the lipid bilayers of cells. A cross section of a lipid bilayer is shown below. The hydrophilic heads are on the outside and inside of the cell; the hydrophobic tails are in the interior of the cell membrane. 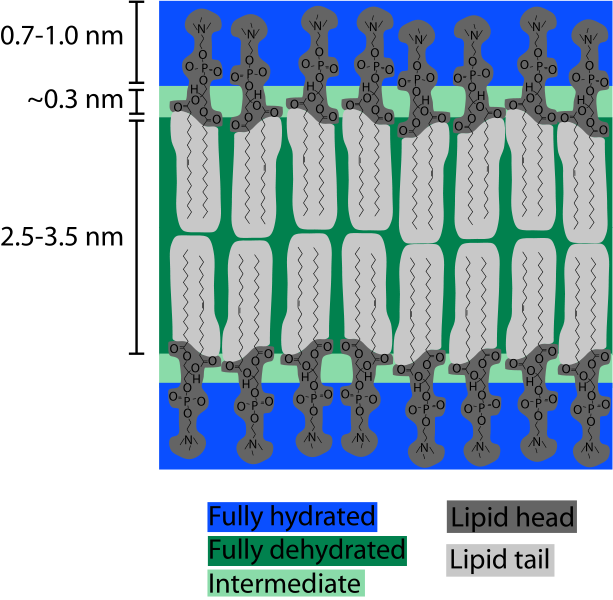 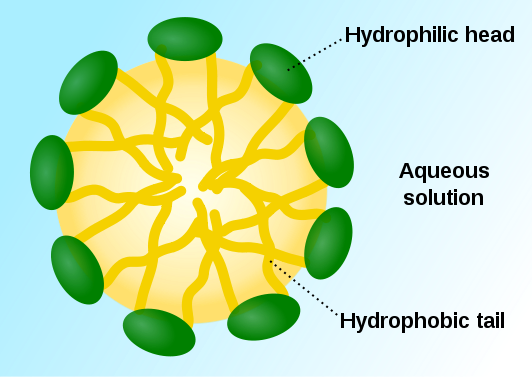 As a result, it can take a hydrophobic liquid (oil) and allow it to mix with hydrophilic liquid (water).

Figure 2.369 How an emulsion can allow the dispersion of a hydrophobic substance (II) into a hydrophilic environment (I) as shown in D7

Foods rich in phosphatidylcholine include: egg yolks, liver, soybeans, wheat germ, and peanuts8. Egg yolks serve as an emulsifier in a variety of recipes. Your body makes all the phospholipids that it needs, so they do not need to be consumed (not essential).