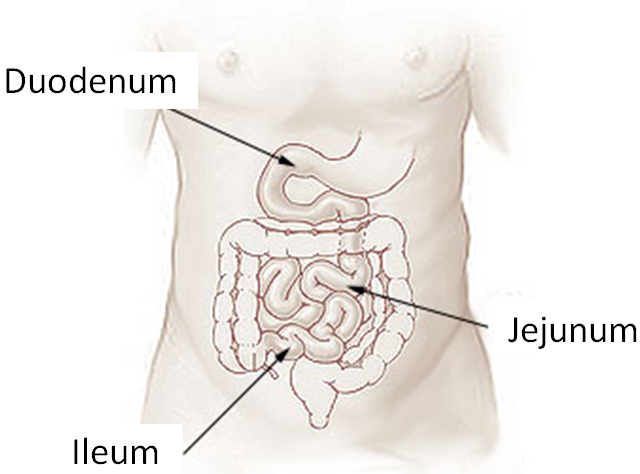 The small intestine consists of many layers, which can be seen in the cross section below. 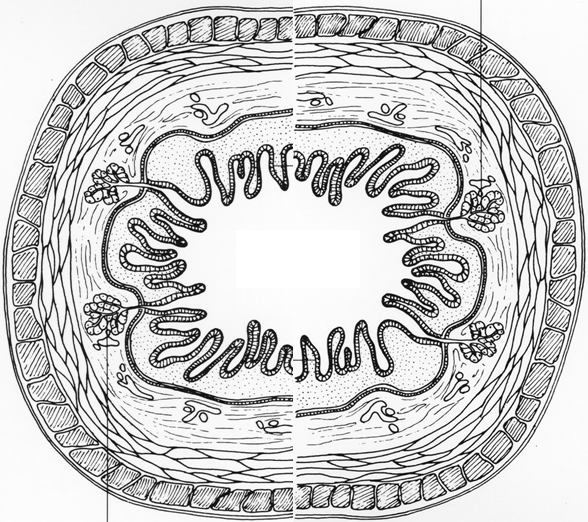 Examining these layers closer, we are going to focus on the epithelium, which comes into contact with the chyme and is responsible for absorption. The lumen is the name of the cavity that is considered “outside the body” that chyme moves through. 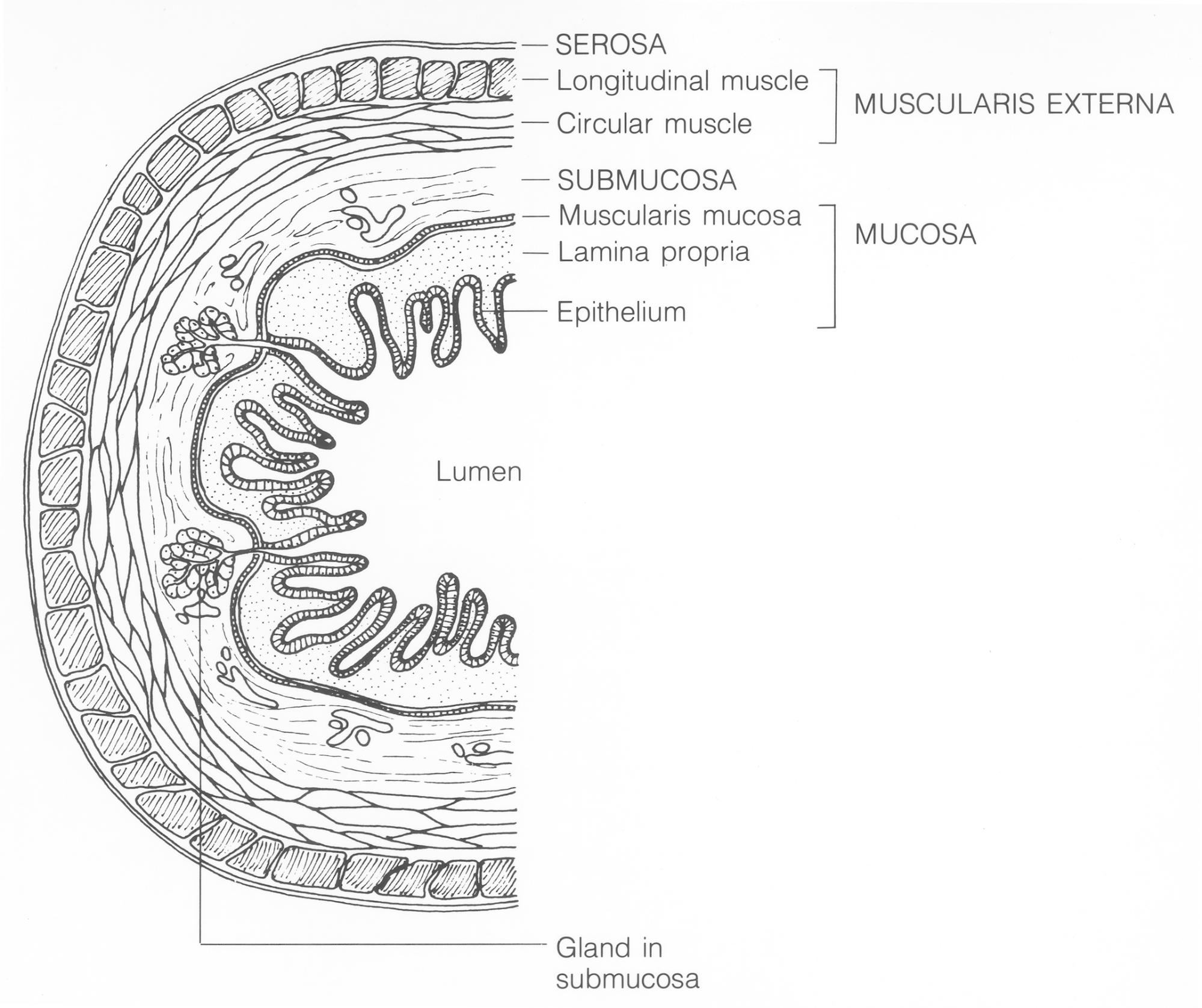 Figure 3.43 Cross section of small intestine with the structures labeled2

The organization of the small intestine is in such a way that it contains circular folds and finger-like projections known as villi. The folds and villi are shown in the next few figures.

Figure 3.44 Folds in the small intestine2 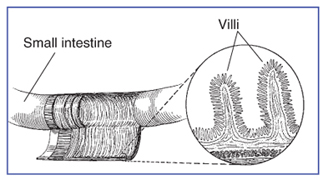 Figure 3.45 Villi in the small intestine3 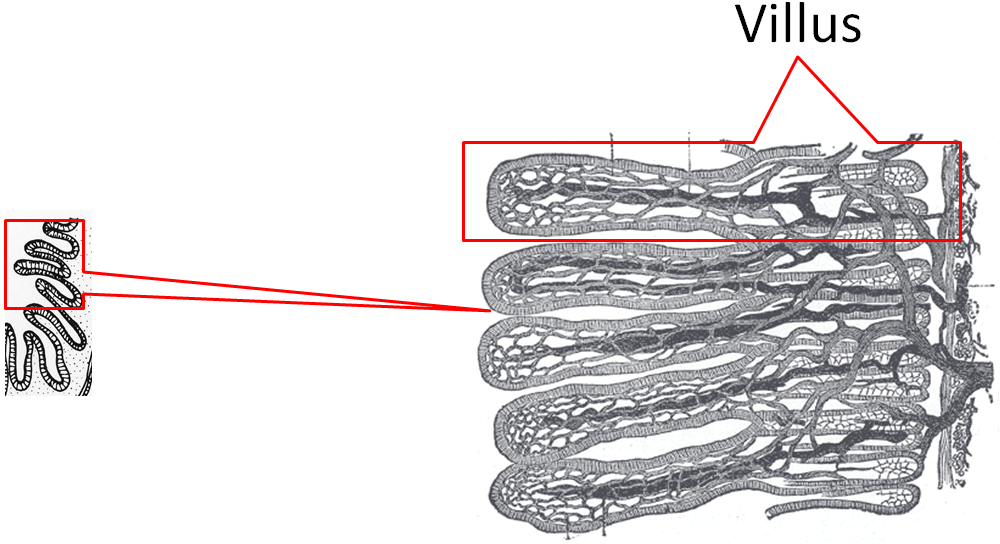 Figure 3.46 Villi line the surface of the small intestine2,4

If we were to zoom in even closer, we would be able to see that enterocytes (small intestine absorptive cells) line villi as shown below. 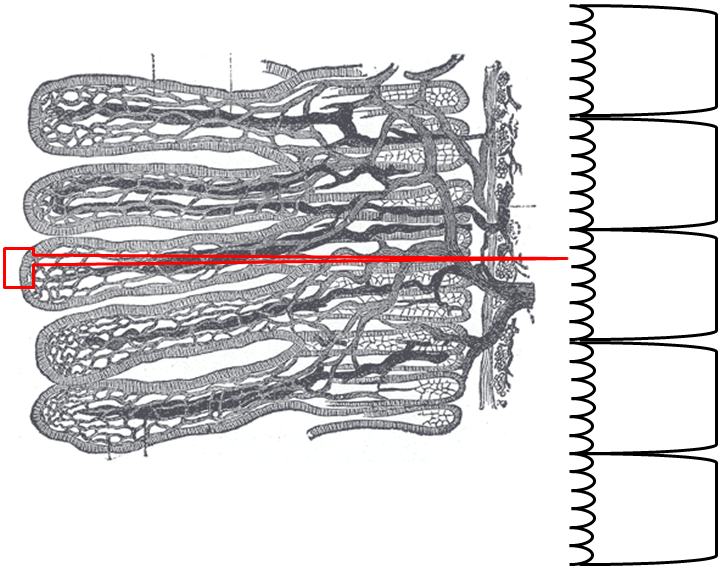 The side, or membrane, of the enterocyte that faces the lumen is not smooth either. It is lined with microvilli, and is known as the brush border (aka apical) membrane, as shown below. 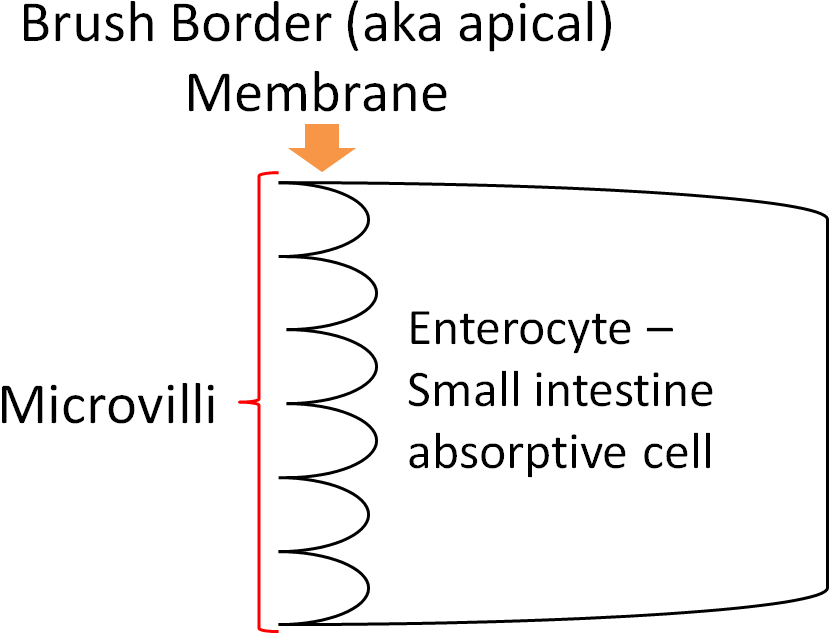 Figure 3.48 Enterocyte, or small intestinal absorptive cell is lined with microvilli. This lined surface is referred to as the brush border membrane.

Together these features (folds + villi + microvilli) increase the surface area ~600 times versus if it was a smooth tube5. More surface area leads to more contact with the enterocytes and thus, increased absorption.

Going even closer, we discover that the surface of the microvilli is covered by the hair-like glycocalyx, which is glycoproteins and carbohydrates as shown below.

Now that you have learned about the anatomy of the small intestine, the following subsections go through the different digestive processes that occur there.

3.42 Carbohydrate Digestion in the Small Intestine

3.44 Lipid Digestion in the Small Intestine