Before we go into the digestive details of the small intestine, it is important that you have a basic understanding of the anatomy and physiology of the following digestion accessory organs: pancreas, liver, and gallbladder. Digestion accessory organs assist in digestion, but are not part of the gastrointestinal tract. How are these organs involved?

Upon entering the duodenum, the chyme causes the release of two hormones from the small intestine: secretin and cholecystokinin (CCK, previously known as pancreozymin) in response to acid and fat, respectively. These hormones have multiple effects on different tissues. In the pancreas, secretin stimulates the secretion of bicarbonate (HCO3), while CCK stimulates the secretion of digestive enzymes. The bicarbonate and digestive enzymes released together are collectively known as pancreatic juice, which travels to the small intestine, as shown below. 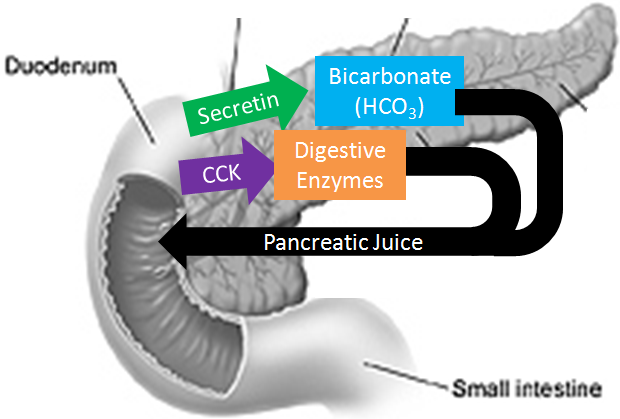 Figure 3.411 The hormones secretin and CCK stimulate the pancreas to secrete pancreatic juice1

In addition, CCK also stimulates the contraction of the gallbladder causing the secretion of bile into the duodenum.

The pancreas is found behind the stomach and has two different portions. It has an endocrine (hormone-producing) portion that contains alpha and beta cells that secrete the hormones glucagon and insulin, respectively. However, the vast majority of the pancreas is made up of acini, or acinar cells, that are responsible for producing pancreatic juice. The following video does a nice job of showing and explaining the function of the different pancreatic cells.

Bicarbonate is a base (high pH) meaning that it can help neutralize acid. You can find sodium bicarbonate (NaHCO3, baking soda) on the ruler below to get an idea of its pH. 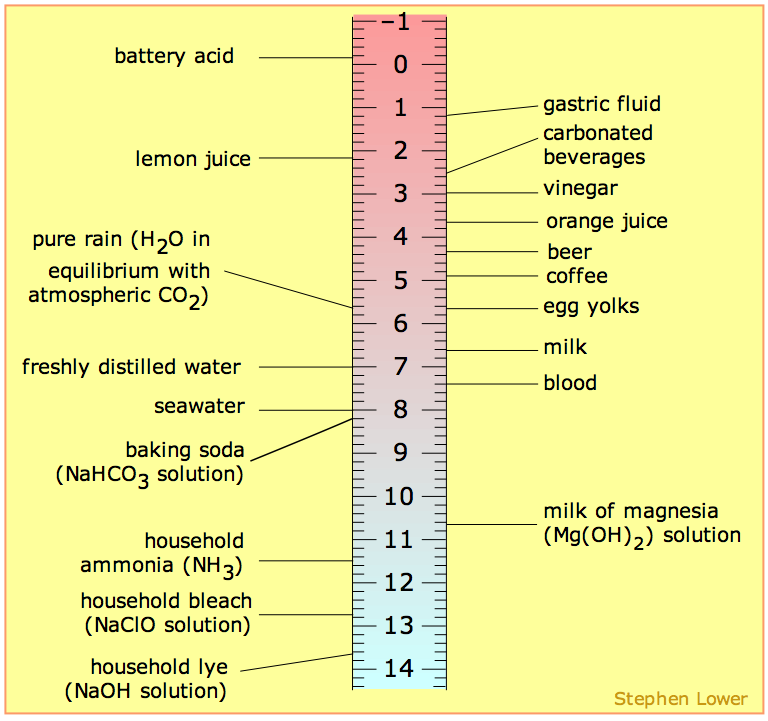 The main digestive enzymes in pancreatic juice are listed in the table below. Their function will be discussed further in later subsections.

The liver is the largest internal and most metabolically active organ in the body. The figure below shows the liver and the accessory organs position relative to the stomach.

Figure 3.413 Location of digestion accessory organs relative to the stomach3

The liver is made up two major types of cells. The primary liver cells are hepatocytes, which carry out most of the liver’s functions. Hepatic is another term for liver. For example, if you are going to refer to liver concentrations of a certain nutrient, these are often reported as hepatic concentrations. The other major cell type is the hepatic stellate (also known as Ito) cells. These are fat storing cells in the liver. These two cell types are depicted below. 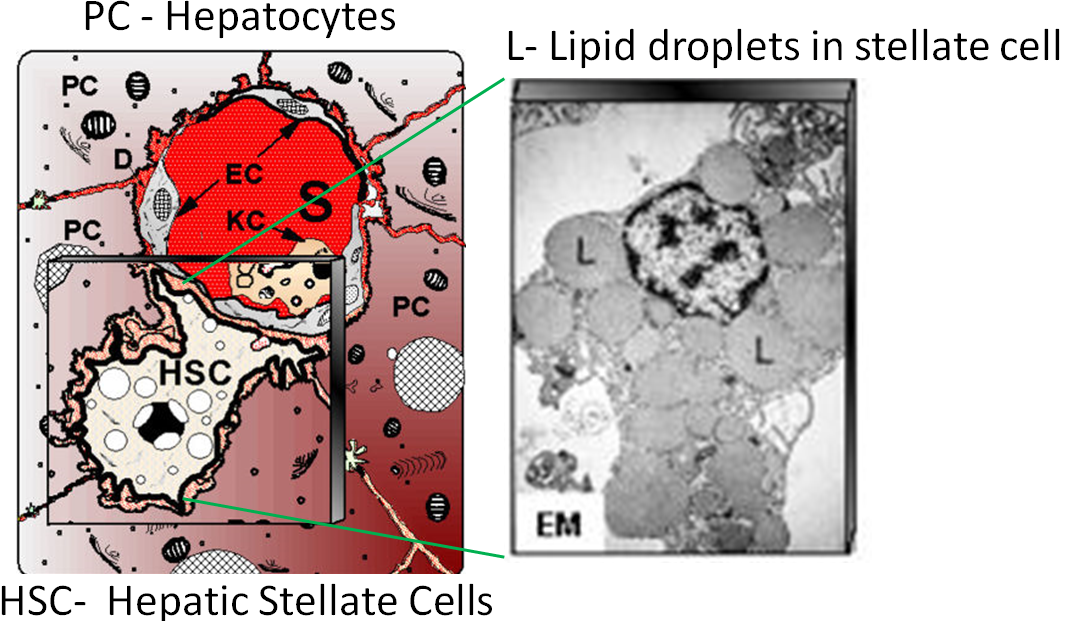 Figure 3.414 Hepatocytes (PC) and hepatic stellate cells (HSC) along with an electron microscope image showing the lipid droplets within a stellate cell4

The liver’s major role in digestion is to produce bile. This is a greenish-yellow fluid that is composed primarily of bile acids, but also contains cholesterol, phospholipids, and the pigments bilirubin and biliverdin. Bile acids are synthesized from cholesterol. The two primary bile acids are chenodeoxycholic acid and cholic acid. In the same way that fatty acids are found in the form of salts, these bile acids can also be found as salts. These salts have an (-ate) ending, as shown below. 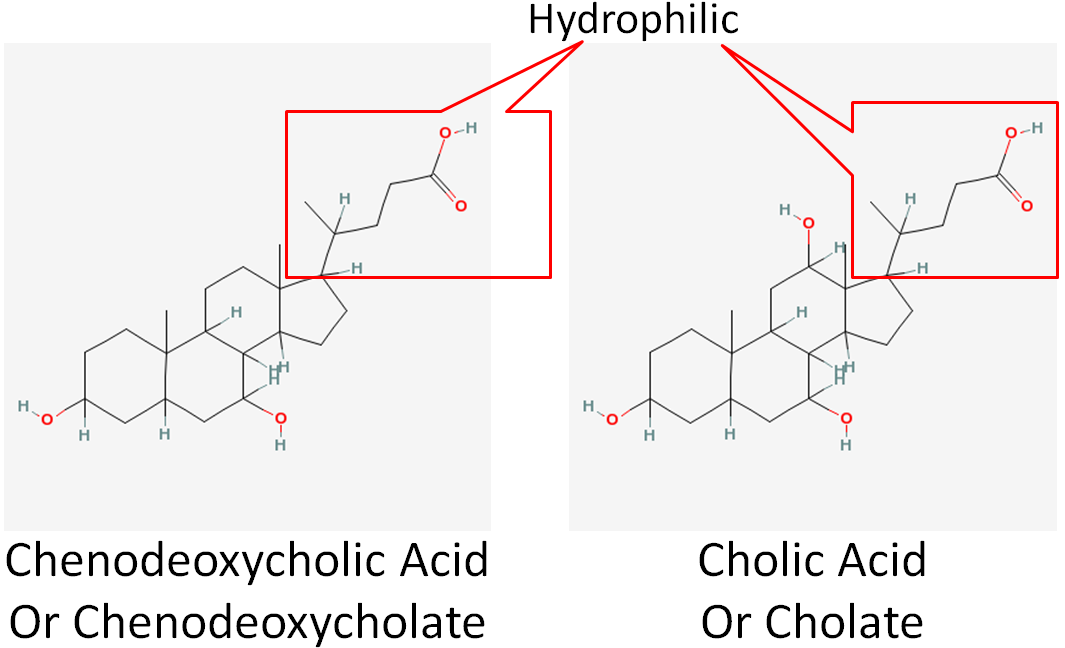 Bile acids, much like phospholipids, have a hydrophobic and hydrophilic end. This makes them excellent emulsifiers that are instrumental in fat digestion. Bile is then transported to the gallbladder.

The gallbladder is a small, sac-like organ found just off the liver (see figures above). Its primary function is to store and concentrate bile made by the liver. The bile is then transported to the duodenum through the common bile duct.

Why do we need bile?

Bile is important because fat is hydrophobic and the environment in the lumen of the small intestine is watery. In addition, there is an unstirred water layer that fat must cross to reach the enterocytes in order to be absorbed. 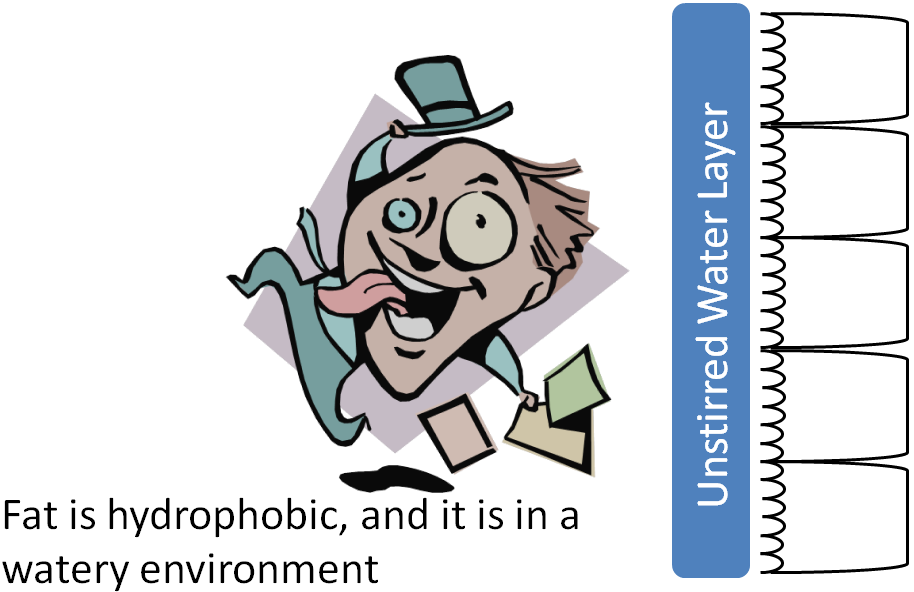 Figure 3.416 Fat is not happy alone in the watery environment of the small intestine. 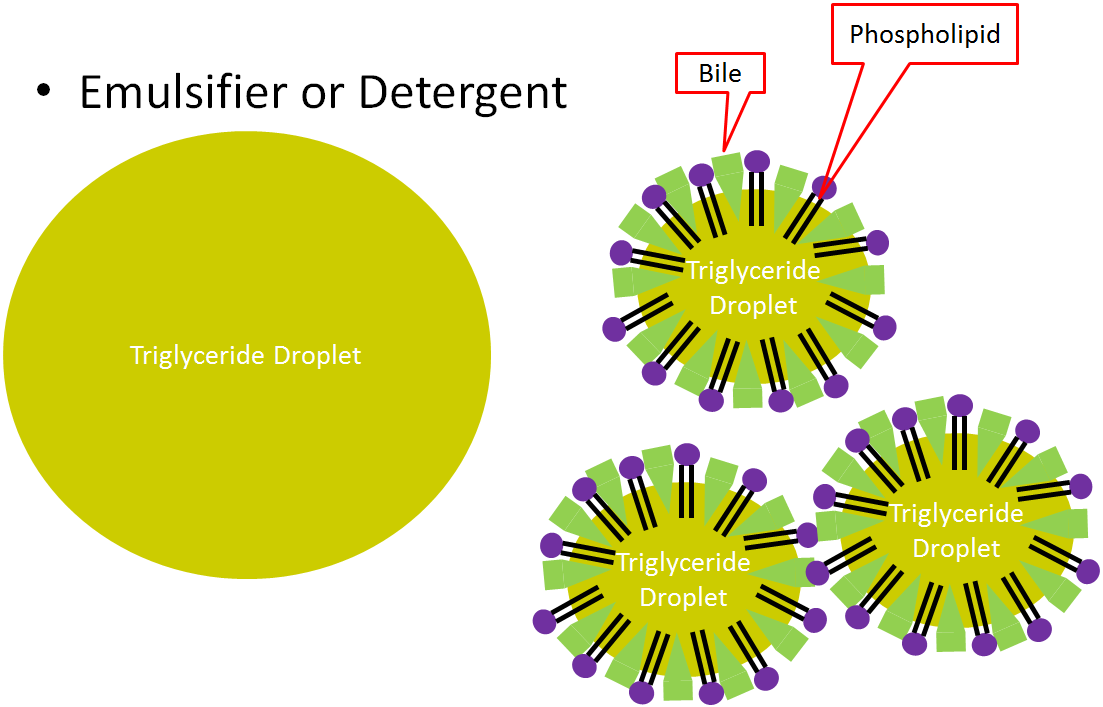 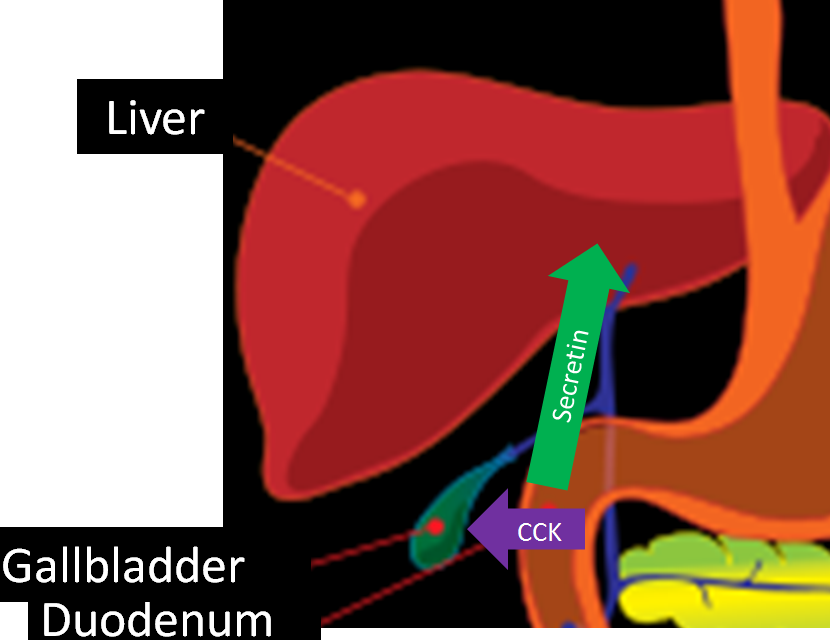