There are some additional anatomical and physiological features of the small intestine that are important to understand before before defining uptake and absorption. Crypts of Lieberkuhn are pits between villi as pointed out by the green arrow in the figure below. 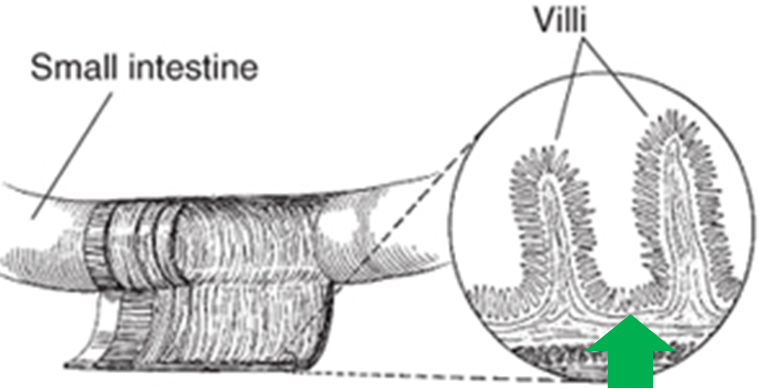 Figure 4.11 A crypt of Lieberkuhn is the pit between the villi in the small intestine as pointed out by the green arrow1

The crypts of Lieberkuhn (often referred to simply as crypts) are similar to the gastric pits in the stomach. The crypts contain stem cells that can produce a number of different cell types, including enterocytes2. From these stem cells in the crypt, immature enterocyte cells are formed that mature as they rise, or migrate up, the villi. Thus, the tips at the top of villi are where the mature, fully functioning enterocytes are located, as represented by the purple cells in the figure below3. 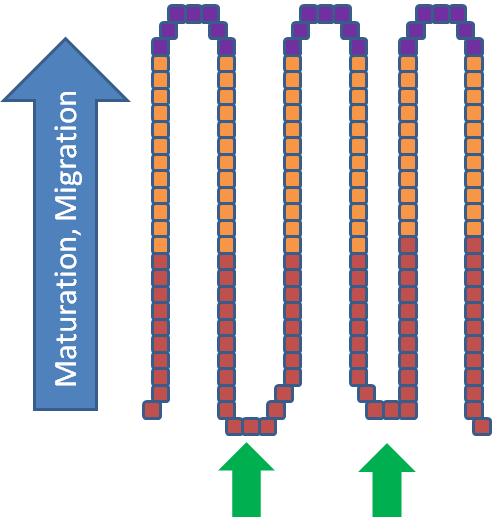 This maturation and migration is a continuous process. The life cycle of an enterocyte is 72 hours once it enters the villus from the crypt2. At the top, enterocytes are sloughed off, and, unless they are digested (contain proteins and lipid) and components are taken up by enterocytes still on villi, they will be excreted in feces as depicted in the figure below.

Figure 4.13 Enterocytes sloughed off the villus. Unless these cells are digested and their components are taken up by other enterocytes on the villus, they will be excreted in feces