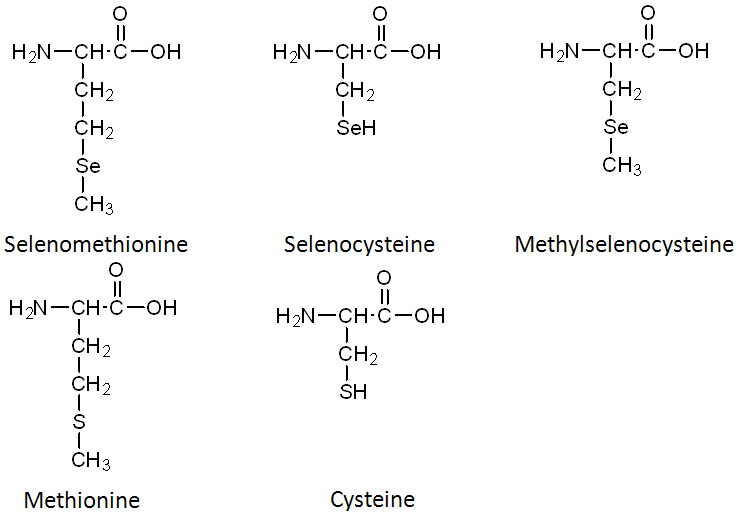 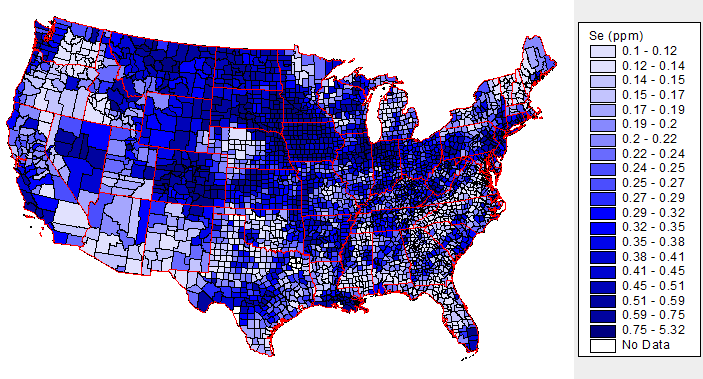 The above map is interactive, so to see the soil selenium levels in a certain county or state, click on it in the link below.

It should be noted that selenomethionine accumulates at much higher levels in the body than other forms of selenium. This is because it can be nonspecifically incorporated into body proteins in place of methionine. However, despite accumulating at higher levels, selenomethionine is less effective than the methylselenocysteine in decreasing cancer incidence or growth in animal models3. However, methylselenocysteine is not commonly consumed, because it is a form that plants accumulate to prevent selenium from becoming toxic to themselves. Thus, plants need to be grown in the presence of high selenium levels to accumulate meaningful amounts of methylselenocysteine.