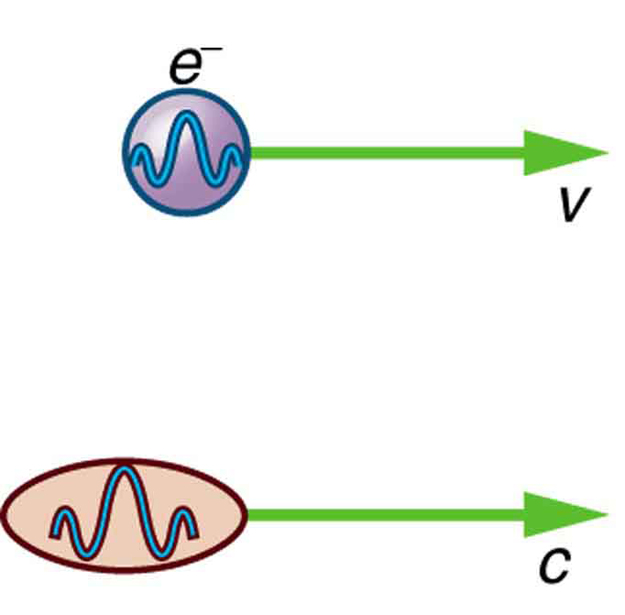 Figure 1. On a quantum-mechanical scale (i.e., very small), particles with and without mass have wave properties. For example, both electrons and photons have wavelengths but also behave as particles.

There are many submicroscopic particles in nature. Most have mass and are expected to act as particles, or the smallest units of matter. All these masses have wave properties, with wavelengths given by the de Broglie relationship [latex]\lambda=\frac{h}{p}\\[/latex]. So, too, do combinations of these particles, such as nuclei, atoms, and molecules. As a combination of masses becomes large, particularly if it is large enough to be called macroscopic, its wave nature becomes difficult to observe. This is consistent with our common experience with matter.

Some particles in nature are massless. We have only treated the photon so far, but all massless entities travel at the speed of light, have a wavelength, and exhibit particle and wave behaviors. They have momentum given by a rearrangement of the de Broglie relationship, [latex]p=\frac{h}{\lambda}\\[/latex]. In large combinations of these massless particles (such large combinations are common only for photons or EM waves), there is mostly wave behavior upon detection, and the particle nature becomes difficult to observe. This is also consistent with experience. (See Figure 2.)

The particle-wave duality is a universal attribute. It is another connection between matter and energy. Not only has modern physics been able to describe nature for high speeds and small sizes, it has also discovered new connections and symmetries. There is greater unity and symmetry in nature than was known in the classical era—but they were dreamt of. A beautiful poem written by the English poet William Blake some two centuries ago contains the following four lines:

The problem set for this section involves concepts from this chapter and several others. Physics is most interesting when applied to general situations involving more than a narrow set of physical principles. For example, photons have momentum, hence the relevance of Linear Momentum and Collisions. The following topics are involved in some or all of the problems in this section:

Example 1. Recoil of a Dust Particle after Absorbing a Photon

The following topics are involved in this example:

To solve an integrated-concept problem, such as those following this example, we must first identify the physical principles involved and identify the chapters in which they are found. Part 1 of this example asks for the momentum of a photon, a topic of the present chapter. Part 1 considers recoil following a collision, a topic of Linear Momentum and Collisions.

The following solutions to each part of the example illustrate how specific problem-solving strategies are applied. These involve identifying knowns and unknowns, checking to see if the answer is reasonable, and so on.

The momentum of a photon is related to its wavelength by the equation: [latex]p=\frac{h}{\lambda}\\[/latex].

Entering the known value for Planck’s constant h and given the wavelength λ, we obtain

This momentum is small, as expected from discussions in the text and the fact that photons of visible light carry small amounts of energy and momentum compared with those carried by macroscopic objects.

Conservation of momentum in the absorption of this photon by a grain of dust can be analyzed using the equation:

The net external force is zero, since the dust is in outer space. Let 1 represent the photon and 2 the dust particle. Before the collision, the dust is at rest (relative to some observer); after the collision, there is no photon (it is absorbed). So conservation of momentum can be written p1 = p′2 = mv, where p1 is the photon momentum before the collision and p′2 is the dust momentum after the collision. The mass and recoil velocity of the dust are m and v, respectively. Solving this for v, the requested quantity, yields [latex]v=\frac{p}{m}\\[/latex], where p is the photon momentum found in Part 1. Entering known values (noting that a microgram is 10−9 kg) gives

The recoil velocity of the particle of dust is extremely small. As we have noted, however, there are immense numbers of photons in sunlight and other macroscopic sources. In time, collisions and absorption of many photons could cause a significant recoil of the dust, as observed in comet tails.