Atoms can join together by forming a chemical bond, which is a very strong attraction between two atoms. Chemical bonds are formed when electrons in different atoms interact with each other to make an arrangement that is more stable than when the atoms are apart.

What causes atoms to make a chemical bond with other atoms, rather than remaining as individual atoms? A clue comes by considering the noble gas elements, the rightmost column of the periodic table. These elements—helium, neon, argon, krypton, xenon, and radon—do not form compounds very easily, which suggests that they are especially stable as lone atoms. What else do the noble gas elements have in common? Except for helium, they all have eight valence electrons. Chemists have concluded that atoms are especially stable if they have eight electrons in their outermost shell. This useful rule of thumb is called the octet rule, and it is a key to understanding why compounds form.

There are two ways for an atom that does not have an octet of valence electrons to obtain an octet in its outer shell. One way is the transfer of electrons between two atoms until all atoms have octets. Because some atoms will lose electrons and some atoms will gain electrons, there is no overall change in the number of electrons, but individual atoms acquire a nonzero electric charge. Those that lose electrons become positively charged, and those that gain electrons become negatively charged. Charged atoms are called ions. Because opposite charges attract (while like charges repel), these oppositely charged ions attract each other, forming ionic bonds. The resulting compounds are called ionic compounds and are the primary subject of this chapter.

The second way for an atom to obtain an octet of electrons is by sharing electrons with another atom. These shared electrons simultaneously occupy the outermost shell of more than one atom. The bond made by electron sharing is called a covalent bond. Covalent bonding and covalent compounds will be discussed in detail below.

NOTE: Despite our focus on the octet rule, we must remember that for small atoms, such as hydrogen, helium, and lithium, the first shell is, or becomes, the outermost shell and hold only two electrons. Therefore, these atoms satisfy a “duet rule” rather than the octet rule.

The covalent bond in the hydrogen molecule (H2) has a certain length (about 7.4 × 10−11 m). Other covalent bonds also have known bond lengths, which are dependent on both the identities of the atoms in the bond and whether the bonds are single, double, or triple bonds. Table 1.1. lists the approximate bond lengths for some single covalent bonds. The exact bond length may vary depending on the identity of the molecule but will be close to the value given in the table.

Table 1.2. compares the lengths of single covalent bonds with those of double and triple bonds between the same atoms. Without exception, as the number of covalent bonds between two atoms increases, the bond length decreases. With more electrons between the two nuclei, the nuclei can get closer together before the internuclear repulsion is strong enough to balance the attraction.

Table 1.2. Comparison of bond lengths for single and multiple bonds 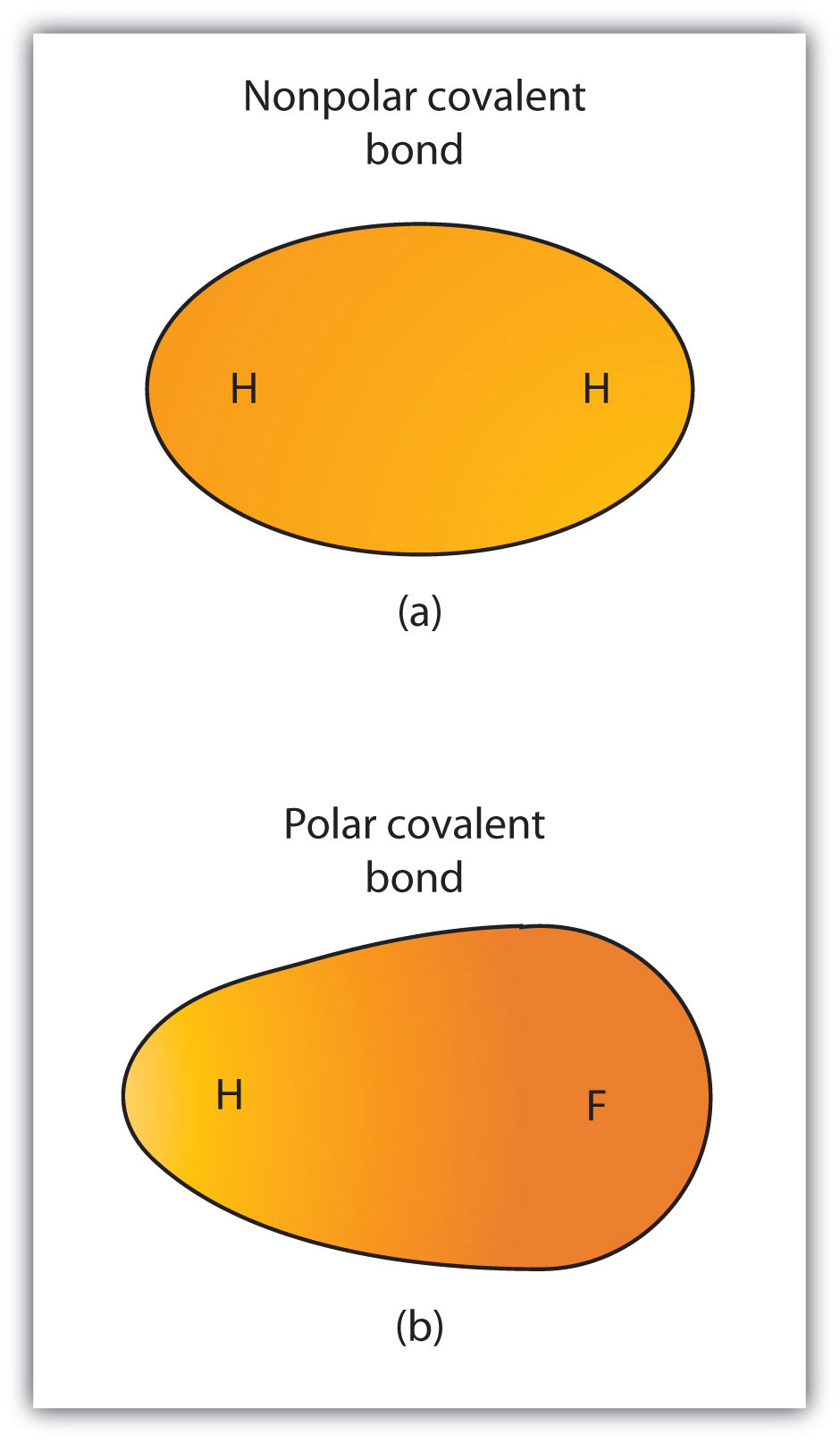 Although we defined covalent bonding as electron sharing, the electrons in a covalent bond are not always shared equally by the two bonded atoms. Unless the bond connects two atoms of the same element, there will always be one atom that attracts the electrons in the bond more strongly than the other atom does, as shown in Figure 1.6. “Polar versus Nonpolar Covalent Bonds”. When such an imbalance occurs, there is a resulting buildup of some negative charge (called a partial negative charge and designated δ−) on one side of the bond and some positive charge (designated δ+) on the other side of the bond. A covalent bond that has an unequal sharing of electrons, as in part (b) of Figure 1.6., is called a polar covalent bond. A covalent bond that has an equal sharing of electrons (part (a) is called a nonpolar covalent bond.

When a molecule’s bonds are polar, the substance is usually found to be polar. The polarity of water has an enormous impact on its physical and chemical properties. (For example, the boiling point of water [100°C] is high for such a small molecule and is due to the fact that polar molecules attract each other strongly.)  This aspect will be discussed in more detail in section 1.8. on intermolecular forces. 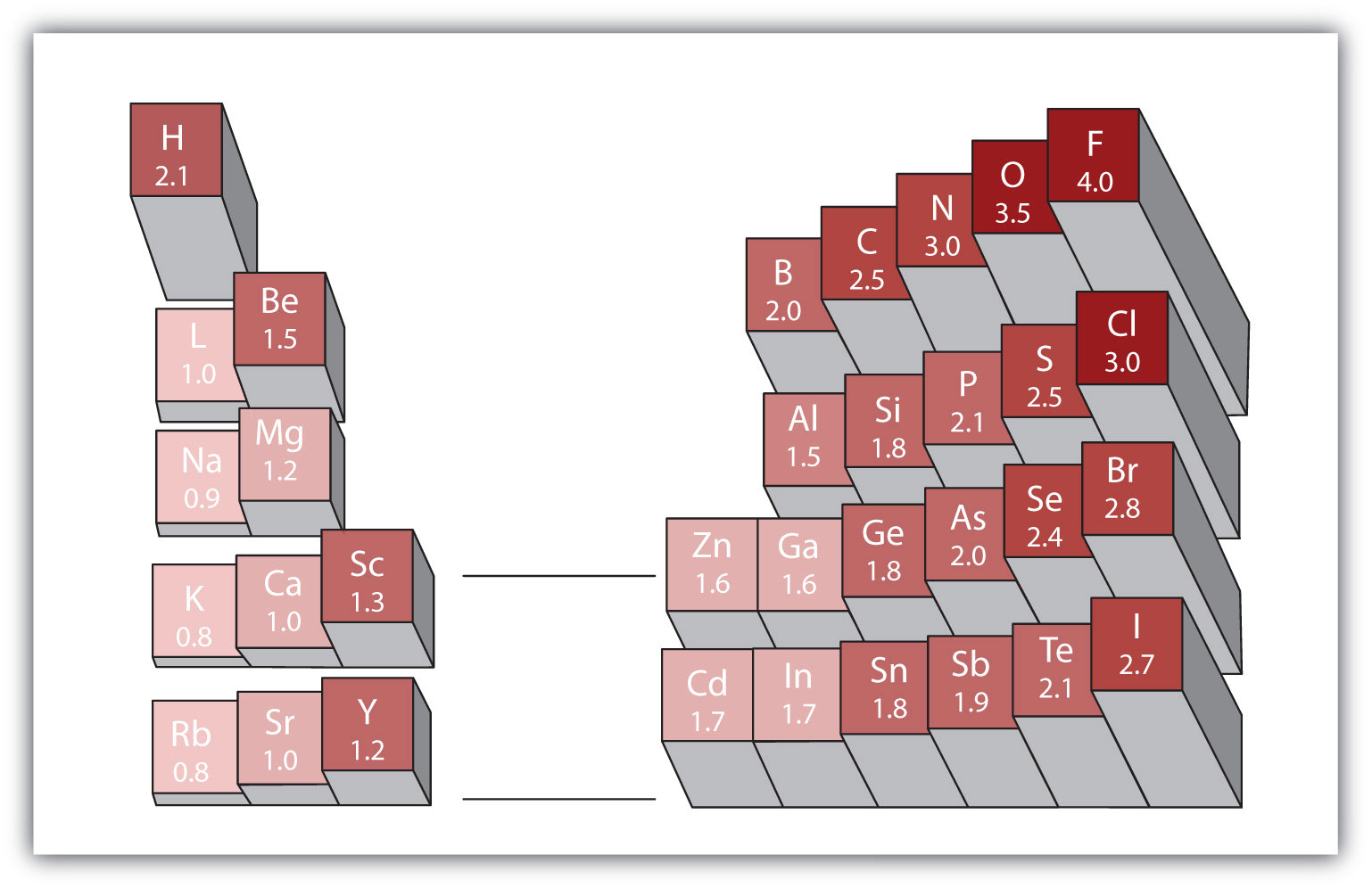 Arguably the most influential chemist of the 20th century, Linus Pauling (1901–94) is the only person to have won two individual (that is, unshared) Nobel Prizes. In the 1930s, Pauling used new mathematical theories to enunciate some fundamental principles of the chemical bond. His 1939 book The Nature of the Chemical Bond is one of the most significant books ever published in chemistry.

By 1935, Pauling’s interest turned to biological molecules, and he was awarded the 1954 Nobel Prize in Chemistry for his work on protein structure. (He was very close to discovering the double helix structure of DNA when James Watson and James Crick announced their own discovery of its structure in 1953.) He was later awarded the 1962 Nobel Peace Prize for his efforts to ban the testing of nuclear weapons.

In his later years, Pauling became convinced that large doses of vitamin C would prevent disease, including the common cold. Most clinical research failed to show a connection, but Pauling continued to take large doses daily. He died in 1994, having spent a lifetime establishing a scientific legacy that few will ever equal. 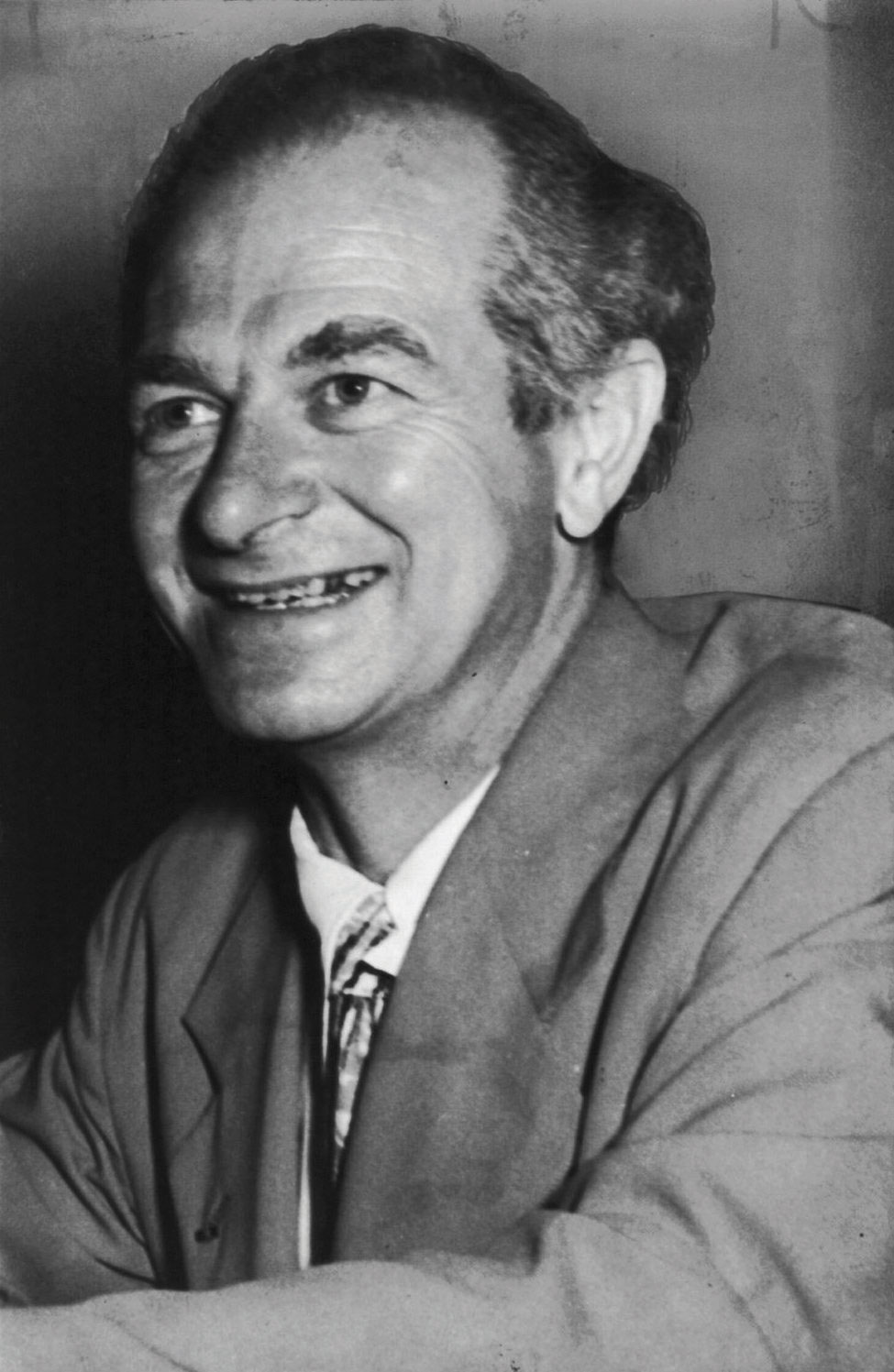 Linus Pauling was one of the most influential chemists of the 20th century.

Describe the electronegativity difference between each pair of atoms and the resulting polarity (or bond type).

5. Actual bond lengths are very small, so the nanometer unit makes the expression of length easier to understand.