Let’s assume you want to make a particular product.  In real life, you could choose from any commercially available starting material.  However, when you’re first learning how to make chemicals, that makes the problem far too open-ended, so usually students are given suitable starting materials.  But even this simplified type of synthesis can seem overwhelming unless certain principles are followed, and these will be covered next:

First, do not just try random reactions of the starting material and see where they go.  That can work for a one or maybe two-step synthesis, but if you try it on a longer problem it will end in tears!  It is certainly useful to consider what you can make in one step from the starting material, but that probably won’t give you the main part of the synthesis.  Rather, you should look at the target product and work backwards from there – a method known as retrosynthesis.  In other words, you should look at the product and say: “How could I make that?”.

The reason retrosynthesis works is because usually a target product is more complex than the reactant(s) used to build it.  Consider if you wanted to build a car, from these car parts:

If you just start putting random pieces together, you will soon become frustrated, as you attach a steering wheel to a starter motor, or insert a windshield wiper onto a seat belt.  There are just too many options, and most of them are wrong.  Instead, you need to look at the finished car, and try to work back from there; now you can see that the steering wheel needs to be attached to the steering column, in front of the driver’s seat. 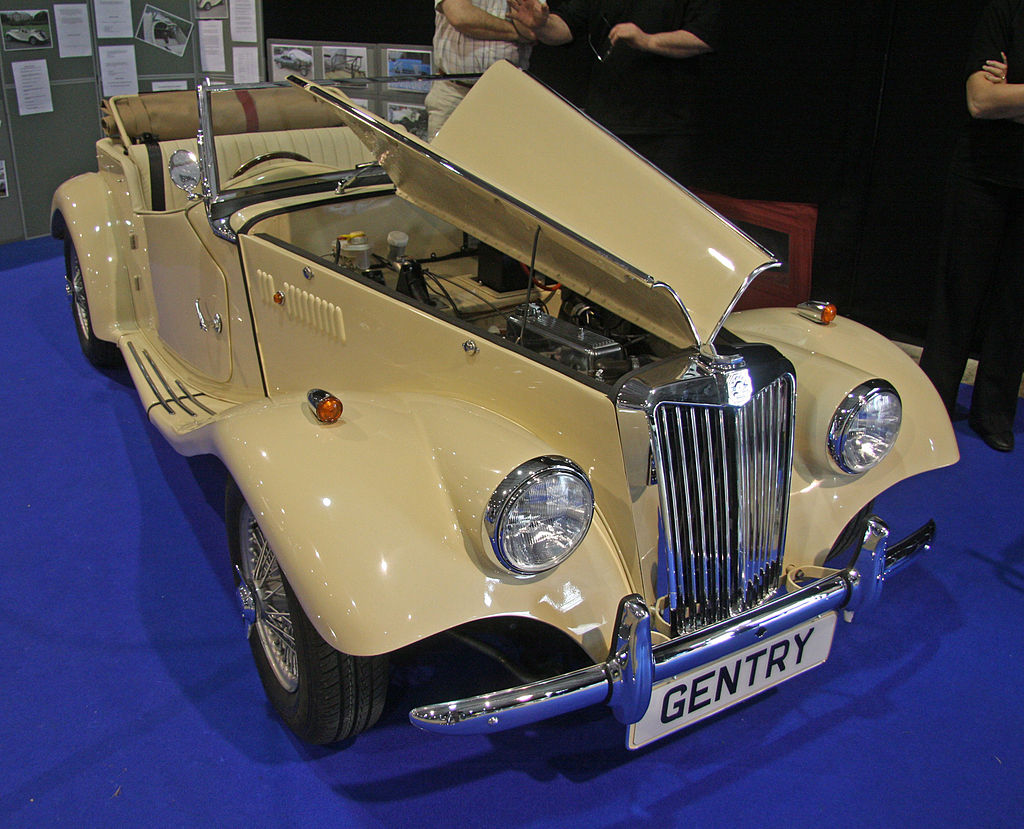 In the same way, it’s much easier to plan the synthesis if you focus on how the target product is put together.  Now we can start to work on the details of the synthesis.

Since you will normally be given a starting material, and you should begin by comparing its “skeleton” with that of the product.  By skeleton, we mean the main carbon framework and any rings – especially aromatic rings – without worrying too much about the functional groups like -OH that hang off the skeleton.  (This is because the skeleton, once made, is very hard to change, whereas the functional groups are easy to alter.

It’s very useful to number the carbons to keep track.  This numbering can use whatever system you like, so don’t worry about complying with IUPAC rules – it’s just so you can see which carbon of the starting material ends up as which carbon in the product.  Do we need to use the same molecule twice in the same synthesis?  If so, you can number the carbons on the second molecule as 1′, 2′, etc..  If you have a large group like a phenyl (Ph) ring that doesn’t change, we don’t need to count those carbons, we can just treat the Ph as a substituent group.

Example problem 1: Synthesize the product shown, starting from 1-methylcyclohexene.  You must use the starting material at least once, and you may use any viable reagent that delivers no more than two carbons.

In this case, the six-carbon ring and the methyl group clearly make up most of the target structure; we simply need to add an ethoxy group across the double bond so it ends up trans to the methyl group, on the neighboring carbon.  Easier said than done – there is no single step reaction that will do all that.  So we will need to design a multistep synthesis.  In exam or homework problems there are often constraints put on the synthesis, such as.  Here is the initial mapping, including the numbering of the carbons of the starting material skeleton:

Step 2: Identify key bonds to be made

Once you know how the starting material maps onto the product, it should be obvious which new bonds need to be made in order to assemble the new skeleton.  These new bonds can be divided into two types:

(a) Key bonds (aka bonds which can’t easily be unmade).  These include almost all new C-C bonds, as well as any new rings that are made (rare in this class).  It also includes new C-N amine bonds or C-O ether bonds.  We need to identify these early in our planning.

For our example synthesis, the key bond we need to make is the C-O ether bond from carbon 2, to add the new ethoxy group.  Notice that we also need to make a new C-H bond at carbon 1, cis to the new ethoxy group; that’s less obvious because the skeletal structure doesn’t show it explicitly.  Although it’s less important than the new C-O bond, we mustn’t forget that we have to make that bond too. So, our synthesis must include an addition step as a key step.

If we can add the ethoxy group in one step – say by using CH3CH2OH (ethanol) – then we would only have one key bond to make.  However, there is no method that adds an -OR group at the anti-Markovnikov position; that means we will need to make the other ether C-O bond, from the ethyl group to the oxygen.  So our key bonds to make are likely to be the two new C-O bonds.

Step 3: Consider how to make the key bond(s)

This is the key to solving the puzzle of the synthesis; once we’ve worked out how to make the key bond(s), the rest of the synthesis should fall into place (at least, it will with practice).

The problem here is that we’re trying to do an anti-Markovnikov addition to an alkene, and we only know a couple of ways to do that.  Do any of them make a new C-O bond?  We also want to keep in mind that we need to make a new C-H bond cis to the new C-O bond.  (We will also need to make another C-O bond to the ethyl.).

Please now review section 10.7.5. on the page for section 10.7., Addition involving cyclic intermediates (you will need to scroll past halfway down the page).  This is the only reaction you’ve learnt so far that adds across a double bond to place the functional group at the anti-Markovnikov position.  So that’s your only choice for the key addition step in the synthesis.  What happens if we use this reaction with the starting material we’re given?

This looks very promising!  (Just as well, since it’s our only option for an addition reaction!)  We have made one of the necessary C-O bonds at the correct position, and as a bonus we also added the new C-H bond cis to the C-O. We’re well on our way with this reaction!

That means we only have one key bond left to make – the other C-O bond.  We need a way to convert an alcohol R-OH into an ether R-O-R’.  Recall from section 9.5 that the most common way to make an ether is via the Williamson ether synthesis.  This is an SN2 reaction between the conjugate base of an alcohol (an alkoxide) R-O–, and an alkyl halide R’-X, to give the ether R-O-R’.  Since we already have the alcohol ROH, this is perfect for our needs – we just need to convert our alcohol into its conjugate base, then add the alkyl halide and we’re done!  In section 9.5, you learnt that NaH can be used to convert an alcohol into its conjugate base, the alkoxide.  Let’s see how that would work in our specific example synthesis:

This completes our synthesis!  Note that if the starting alcohol is racemic, the other two structures will also be racemic.  If you’re unsure about stereochemistry of reactions, review section 4.5.

In the example we just examined, we didn’t need to do any additional changes to the functional groups to get to the product.  In many synthesis problem these additional steps will be needed.  Some examples of these functional group conversions are shown in this reaction map:

Step 5: Write out the whole synthesis and check it carefully

Once you have written out all the steps, including any functional group changes, you should carefully check your synthesis:

(a) Count your carbons!  It’s easy to make a mistake in a long synthesis, so you perhaps end up with ten carbons instead of the nine you need.  Check that you’re making the right product!

(b) Synthetic traps.  Common examples include incompatibilities (e.g., something that would prevent the reaction you want) or competing functional groups (e.g., another group that might also reaction).  These types of problems are often not obvious when you’re looking at individual steps, and you only see them when you see the overall synthesis.

(c) Better way? Now you’ve gone through the whole sequence, look again at the “big picture” to see if there is a better way to do the synthesis.  Sometimes a different approach will emerge at this time as you reflect on what you’ve done, and sometimes it may be better than your original.

Our example synthesis problem was this:

And your answer should normally be written out like this

In this case, our proposed synthesis is reasonably efficient and it doesn’t have any incompatibilities.  It matches with the problem asked at the beginning, and has the correct number of carbons.  We have completed the synthesis!

With synthesis problems, you will find that they become much easier with practice.  It is well known that our brains learn to solve complex problems by “chunking” – the way we chunk together letters to make common words and we read the whole word as one concept.  The same applies in synthesis, where you will begin to see recognize common patterns, and you may well develop your own favorite reaction sequences. In the next section, I will list a few of my favorite sequences involving the chemistry from chapters 1-10.

One former student of mine told me that by studying synthesis problems he found that his chess game had improved; he learnt to work back from a desired “checkmate” and trace the possible ways to get there.  You will need to memorize many different synthetic reactions and the reagents they use, but as you apply them in synthesis problems they will begin to have meaning.  Before you can play chess, you need to learn the moves, but it only becomes meaningful (and fun!) once you start using those moves in a real game. In this way the reagents and conditions become much easier to remember.

As you get further in this course and learn more reactions, you will begin to see that (just as in chess) there are multiple correct ways to complete a synthesis – maybe hundreds, for a complex target product.  However, there are also millions of wrong ways…!

This video from Organic Chemistry Tutor is quite advanced at this point, but may give you a flavor of how a synthesis is put together. 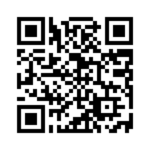